Testing was completed with the following hardware:

ATTO Disk Benchmark (ATTO) – Is a robust hard disk and solid-state storage benchmarking tool. Several options are available to customize your performance measurement including queue depth, overlapped I/O, and even a comparison mode with the option to run continuously. ATTO Disk Benchmark can be used to test any RAID controller, storage controllers, host adapters, hard drives, and SSD drives, or another solid-state storage medium that interfaces as a drive in your system. 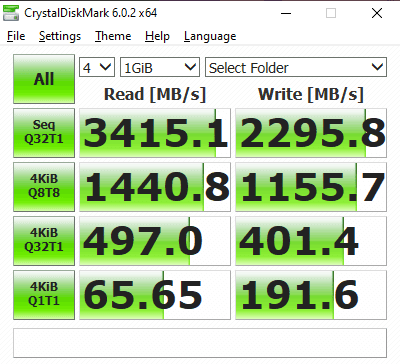 The Kingston KC2500 1TB managed 3415.1MB/s read, and 2295.8MB/s write on the SEQ1M Q8T1 test which simulates 8 sequential operations at once utilizing a single thread. This simulates moving large files such as photos or videos from the card to a PC, saving a burst of photos from your DSLR to the card or writing a continuous video file to the card. 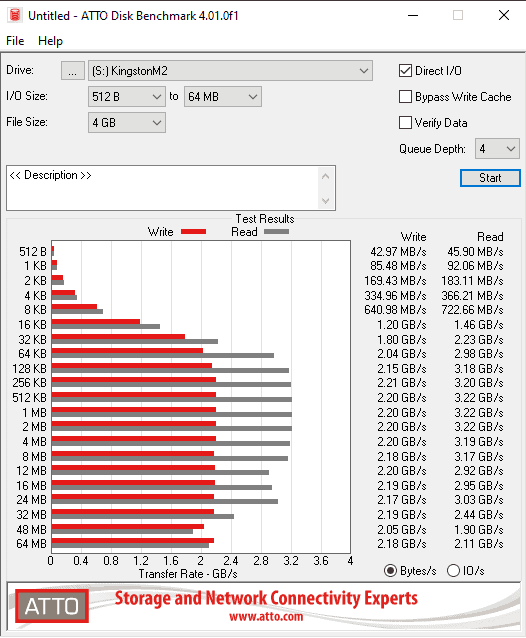 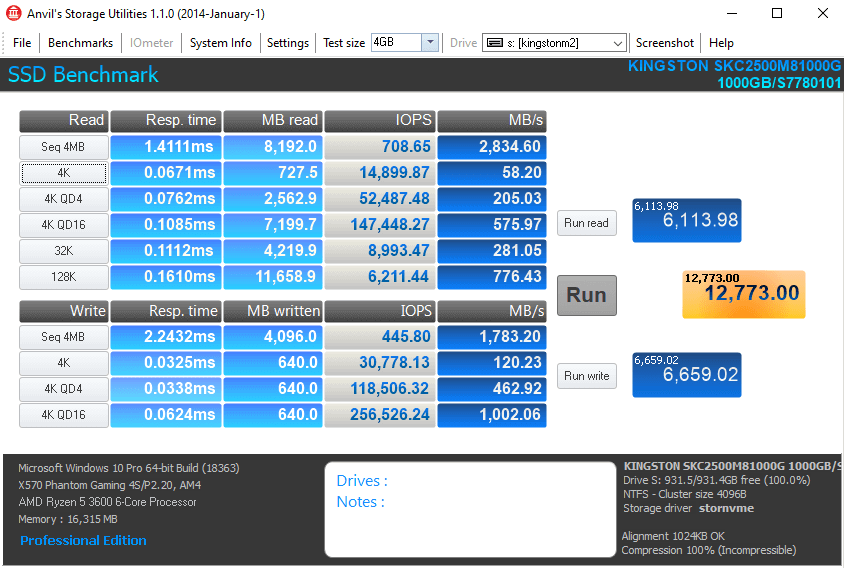 The results from ATTO were within the same range of the previous two tests with 4MB sequential read speeds averaging out to 2.2GB/s and write speeds averaged to 3.19GB/s.