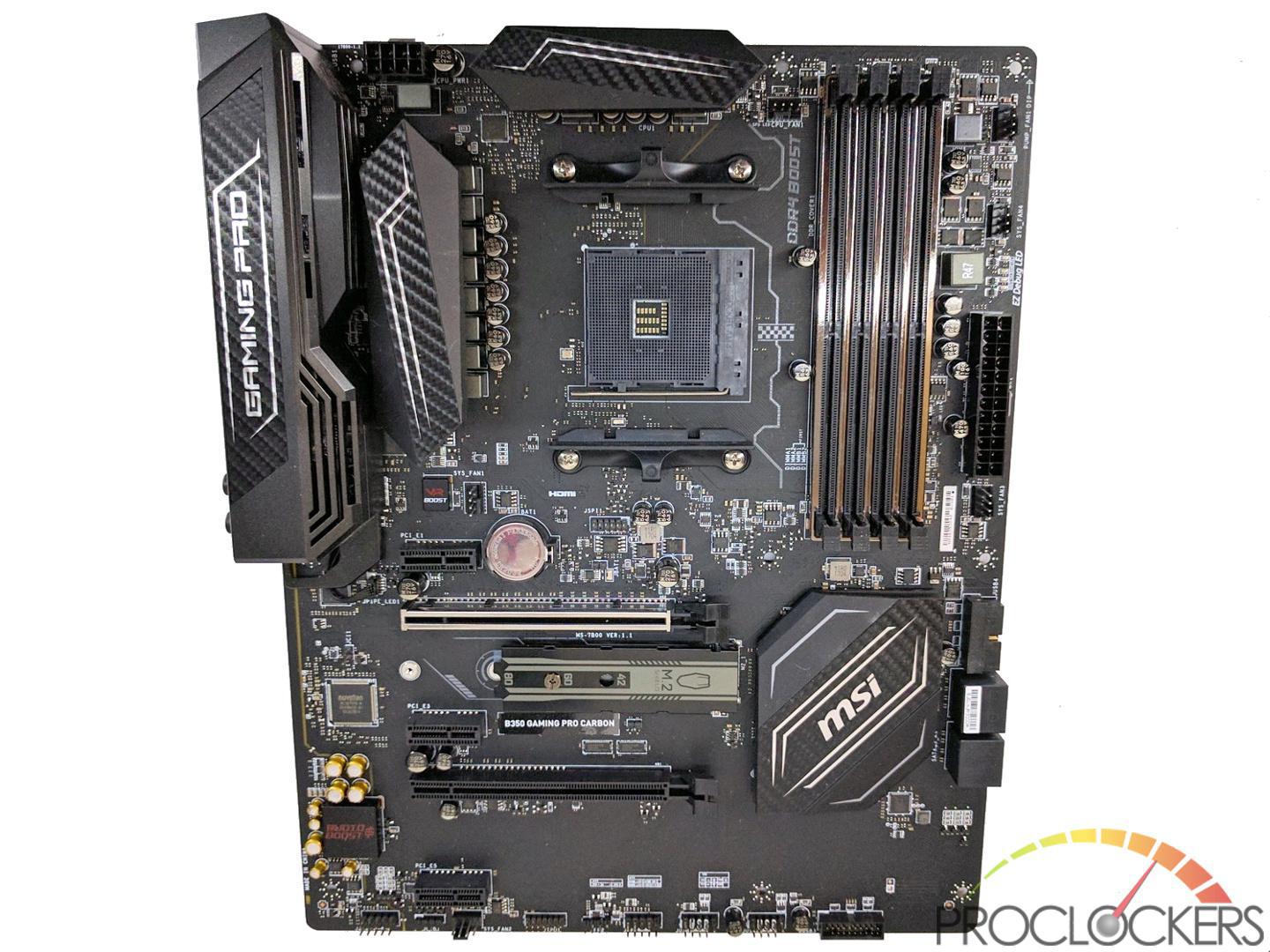 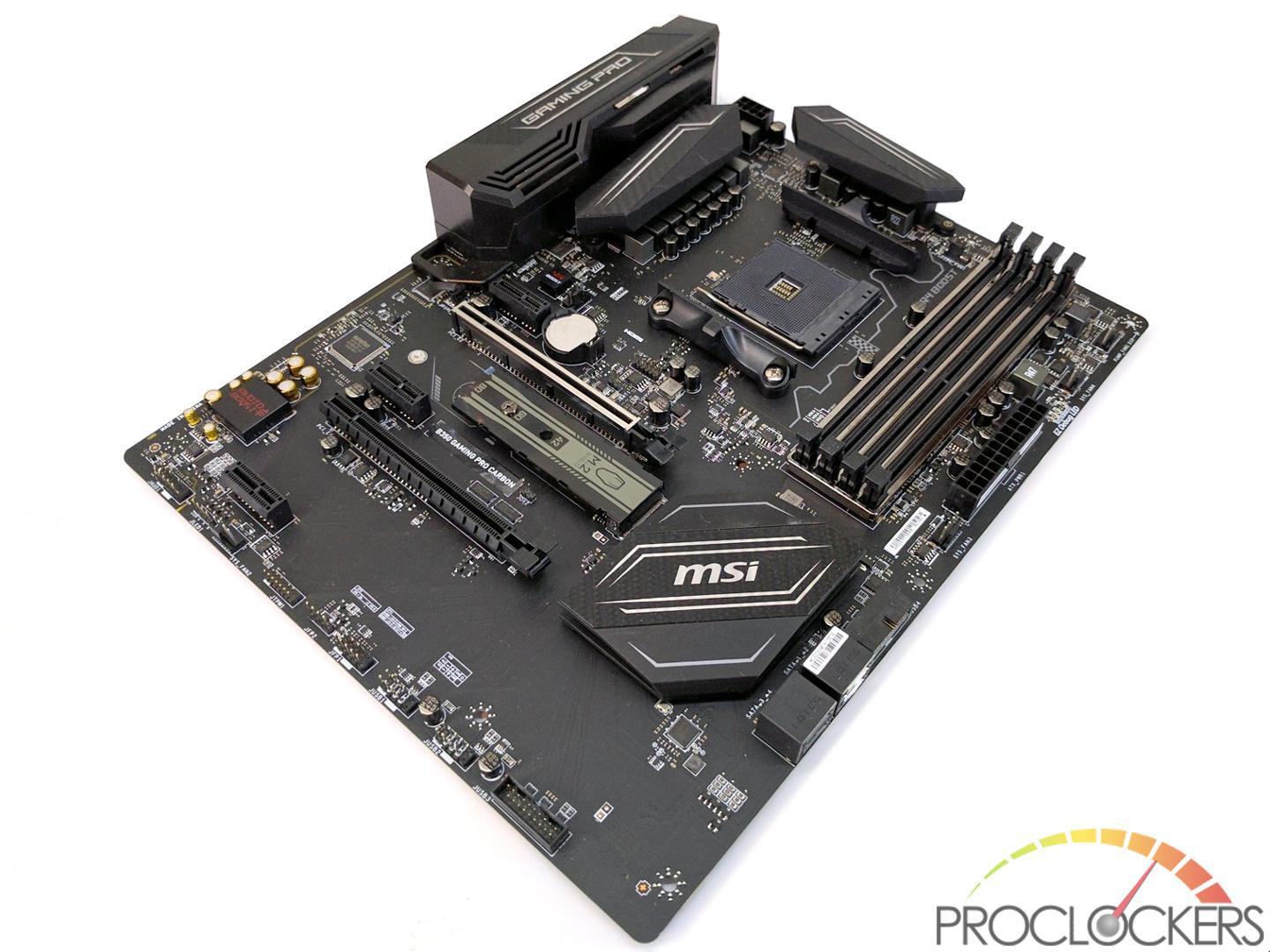 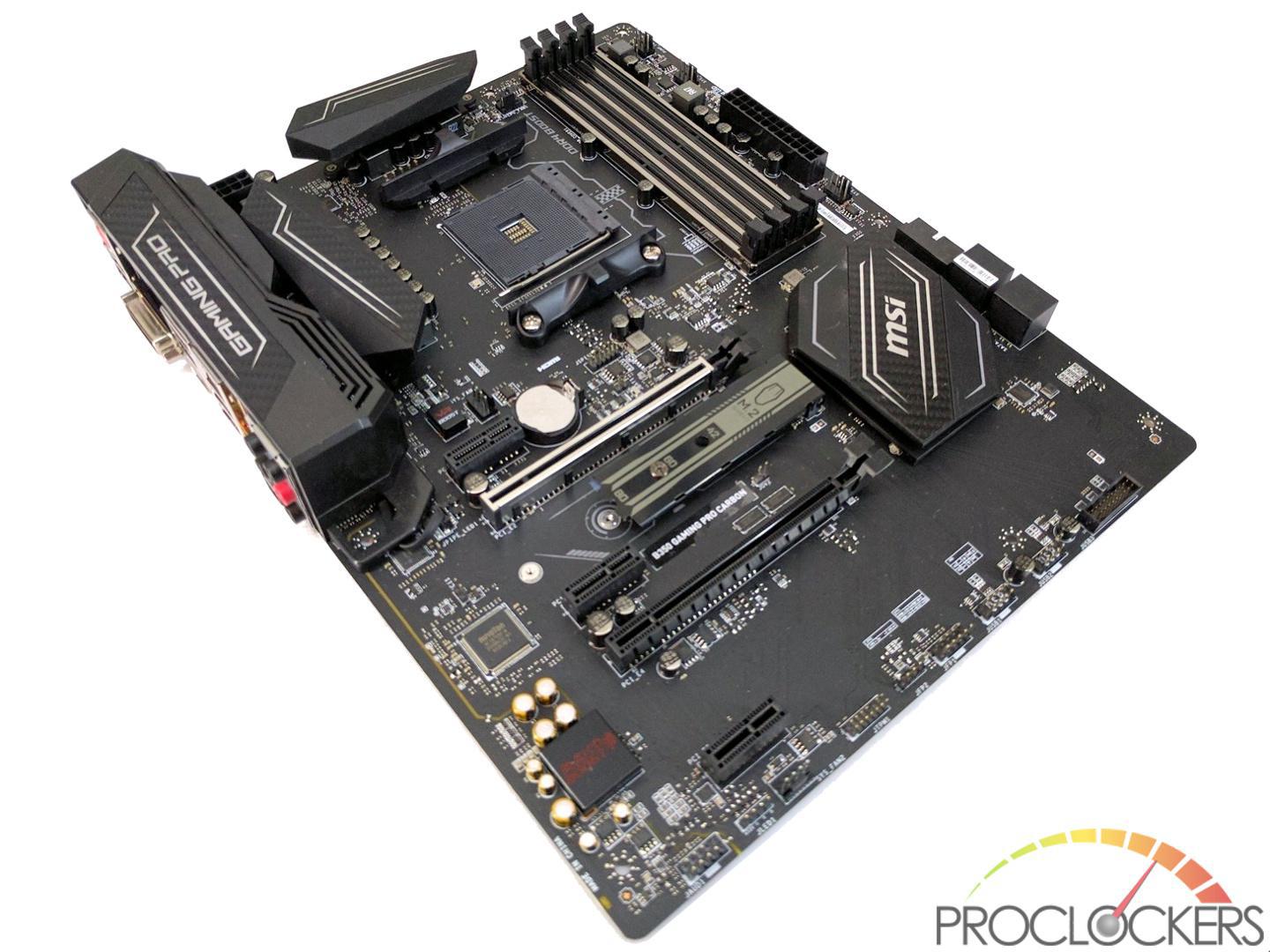 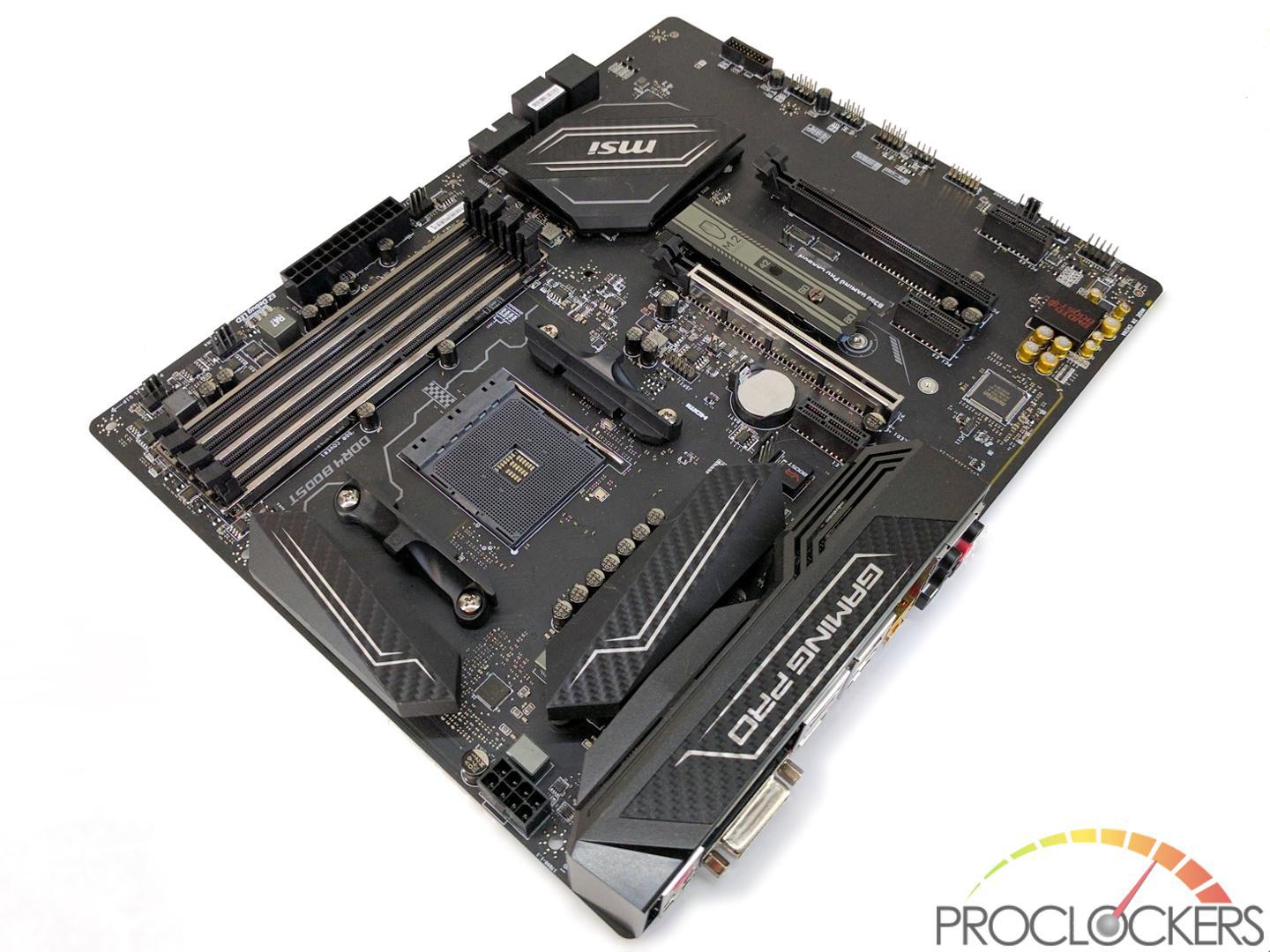 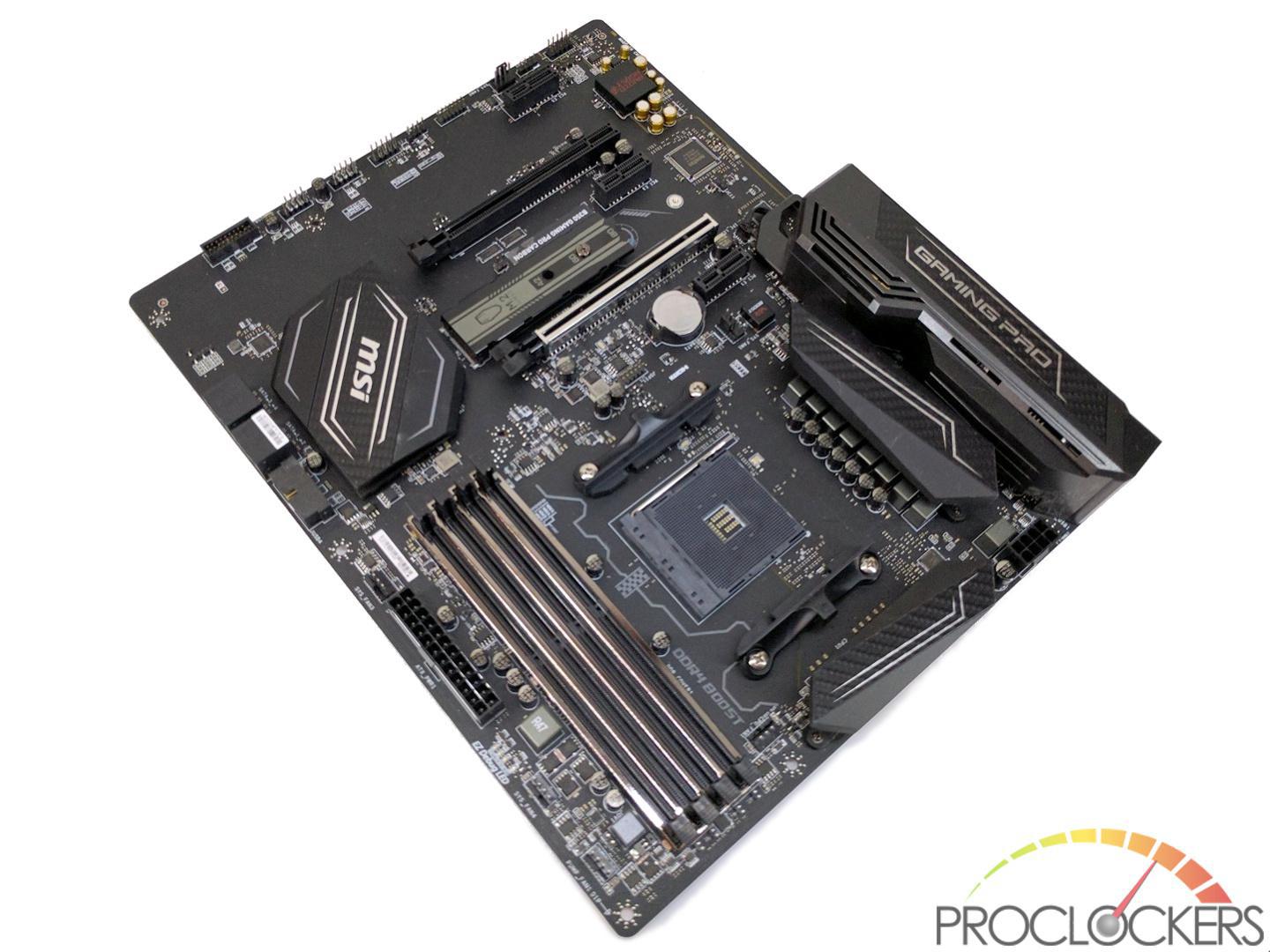 Carbon fiber look trim adjourns the B350 Gaming Pro Carbon in plenty. It borders on being subtle and aggressive at the same time. 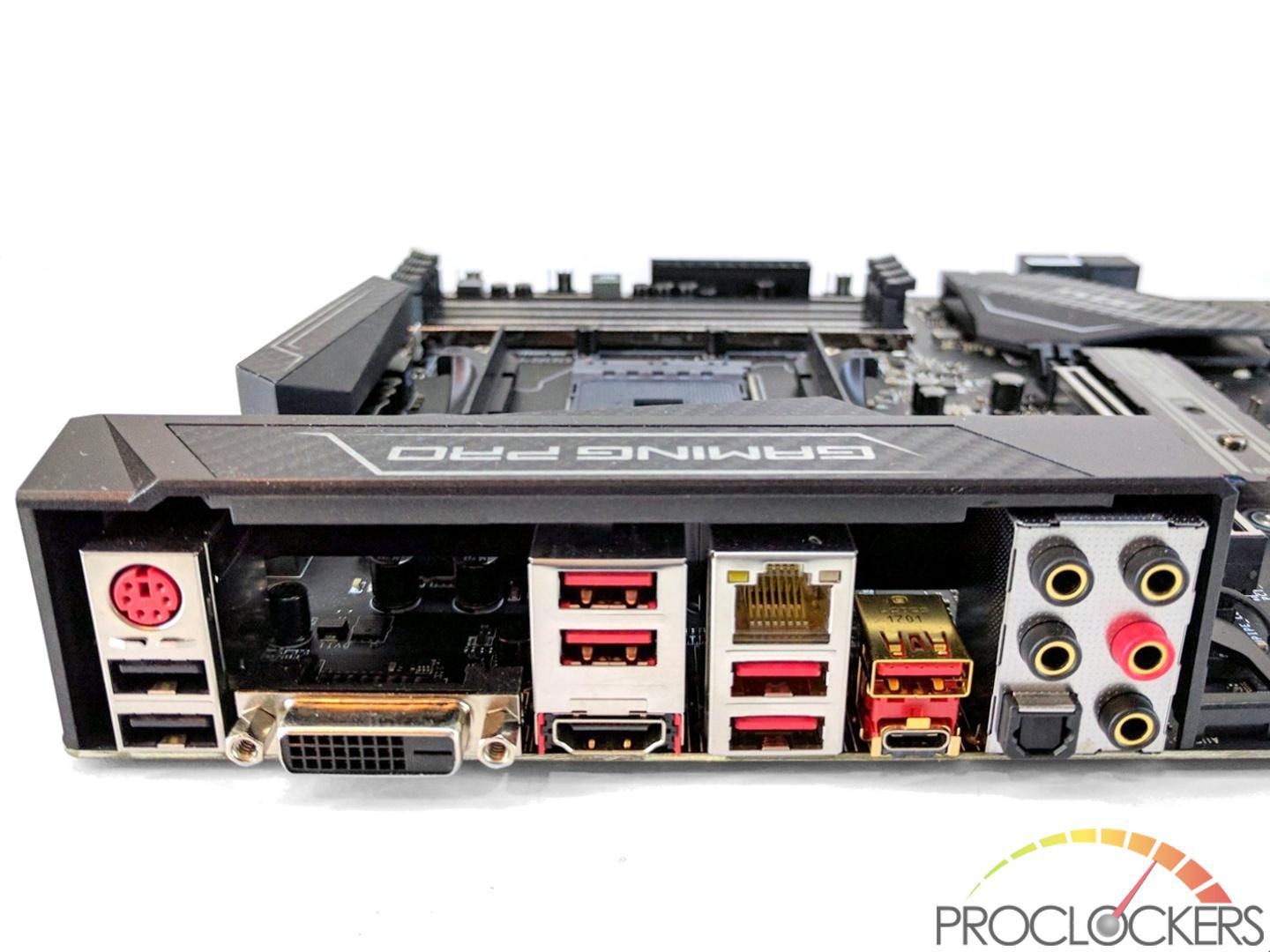 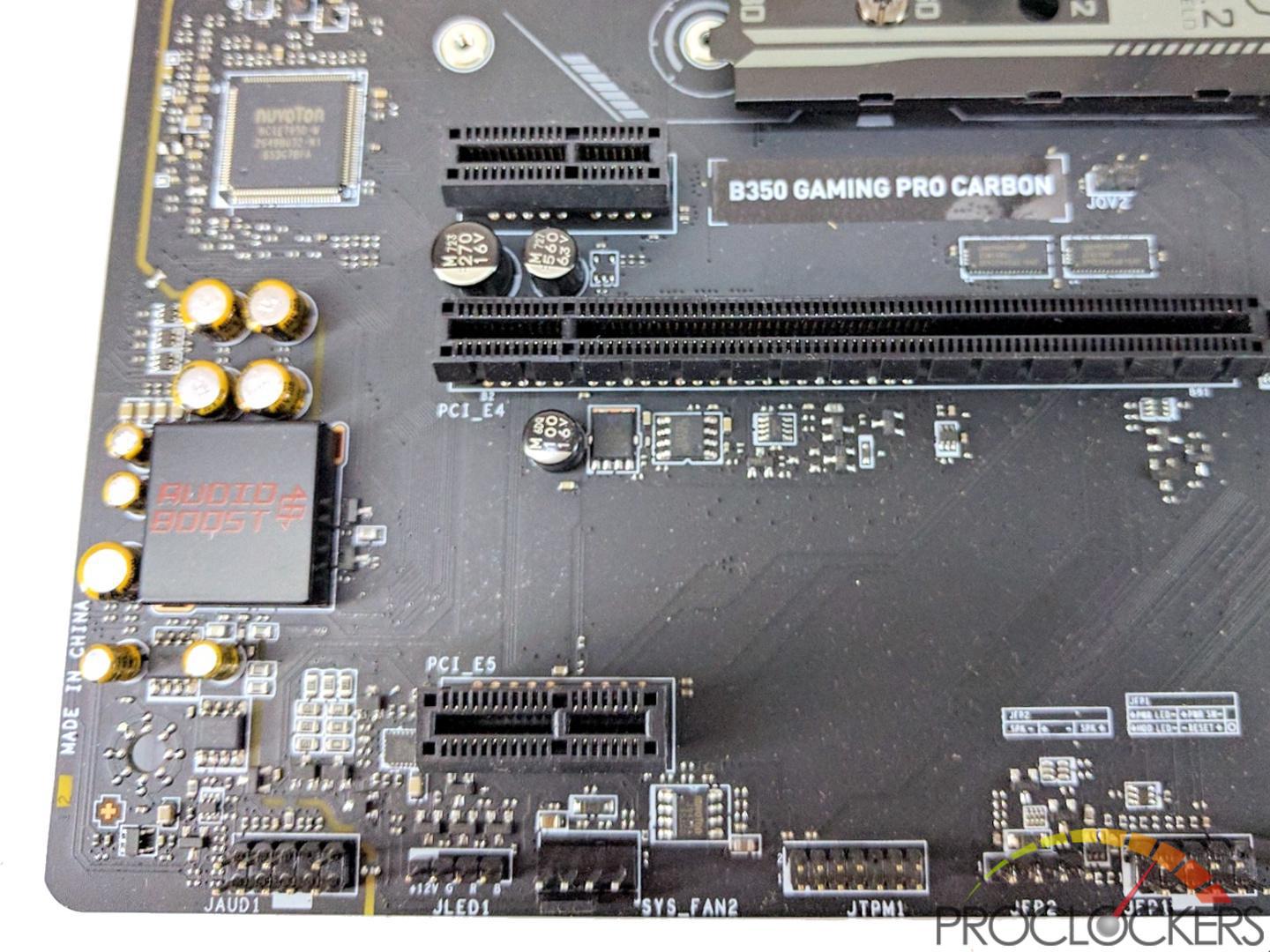 The lower rear of the motherboard contains most of the front panel audio connections. There is also a system fan connector and a RGB LED connector. Audio on the B350 Gaming Pro Carbon is provided by MSI’s Audio Boost 4 which is powered by Realtek’s latest ALC1220 chipset. 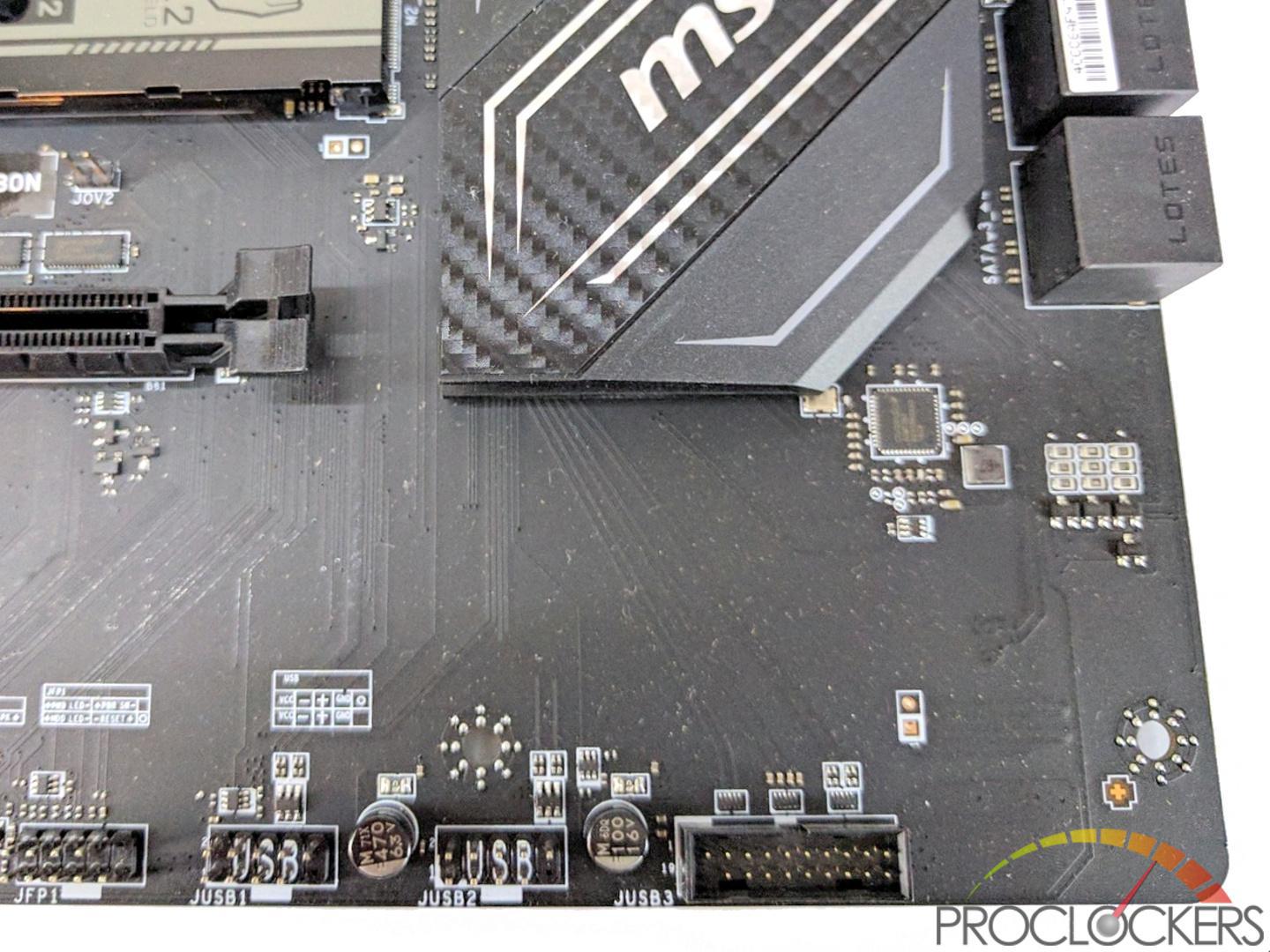 The lower front of the motherboard contains most of the rest of front panel connections. 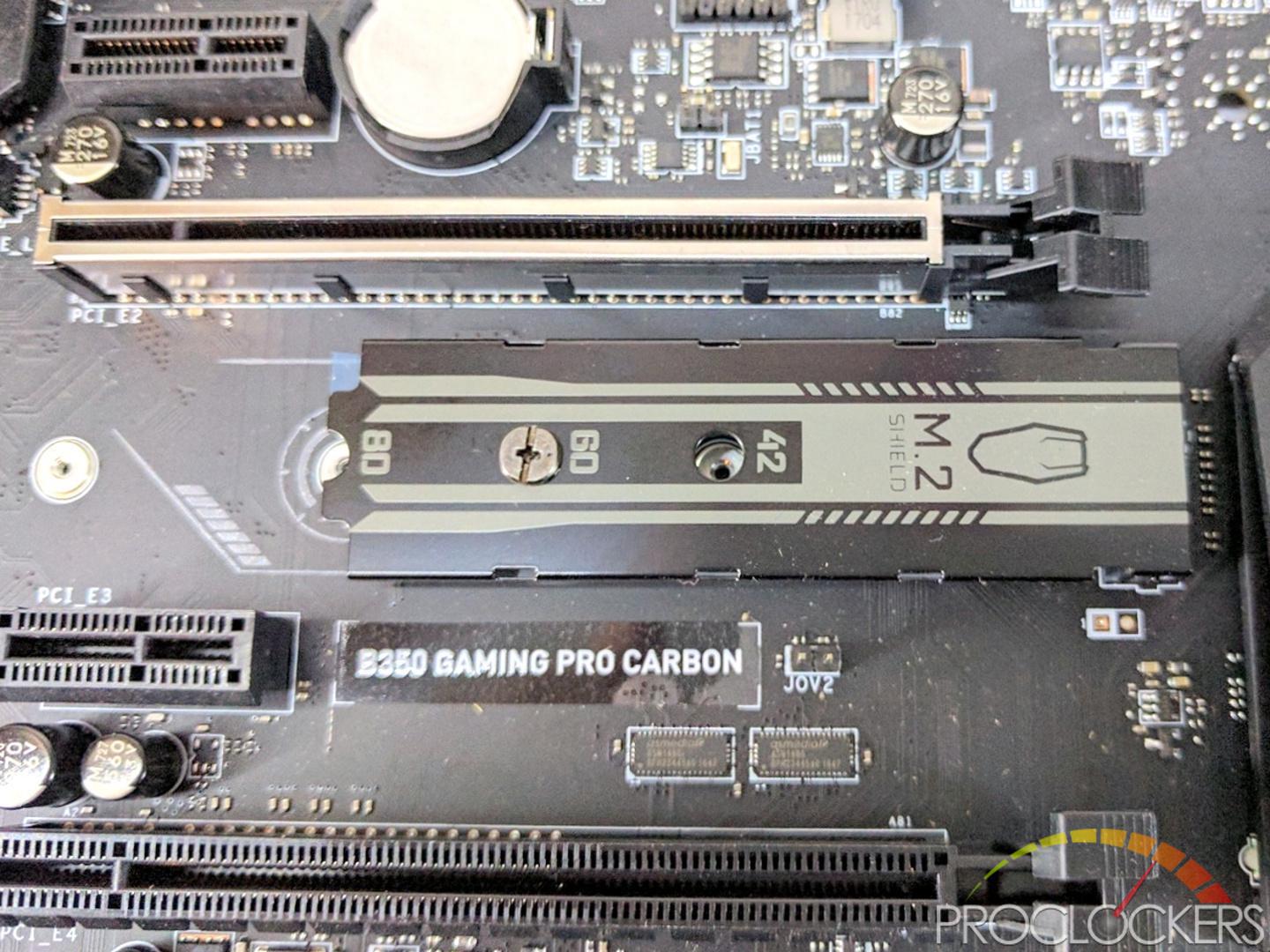 The lower M.2 socket features a shield. The shield acts as a heats preader to wick away heat from the M.2 drive. This allows he drive to last longer and to maintain peak speeds longer due to lessened heat throttling. 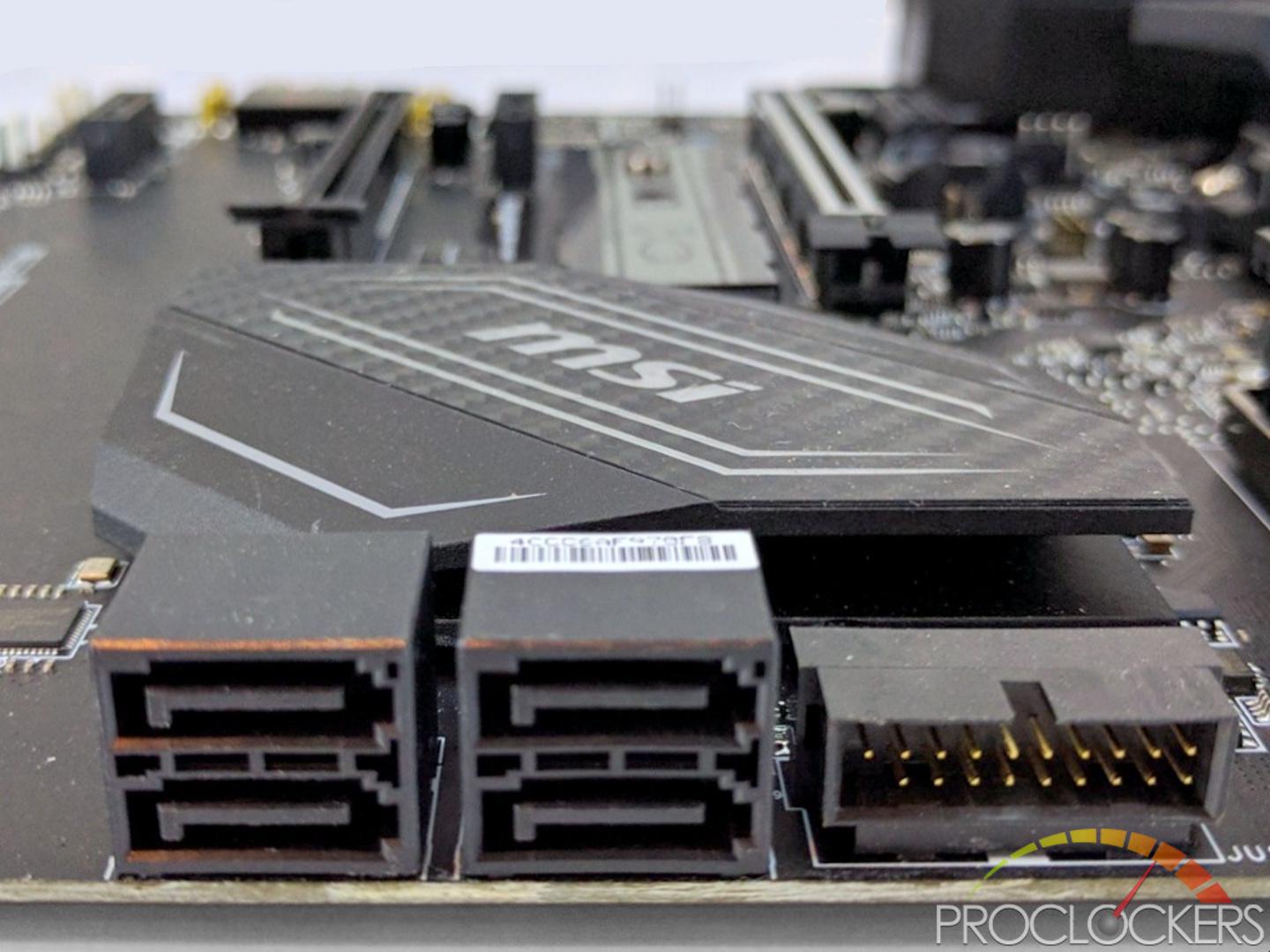 The lower front of the motherboard contains 4 SATA 6.0 connectors, as well as a single USB 3.0 front panel connector. 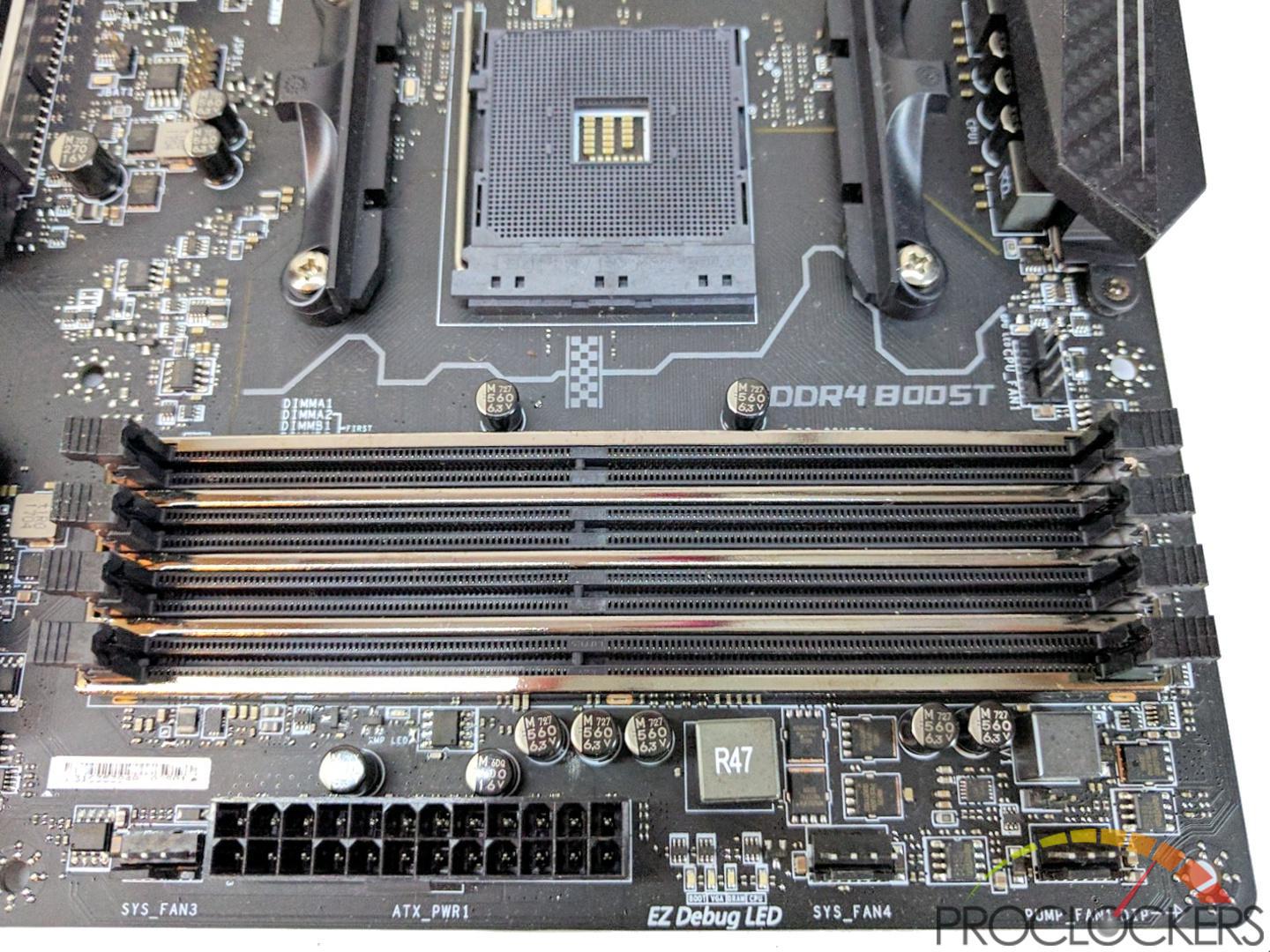 The upper front of the motherboard has a second USB 3.0 front panel connector, the 24 pin power connector, and two fan connectors. 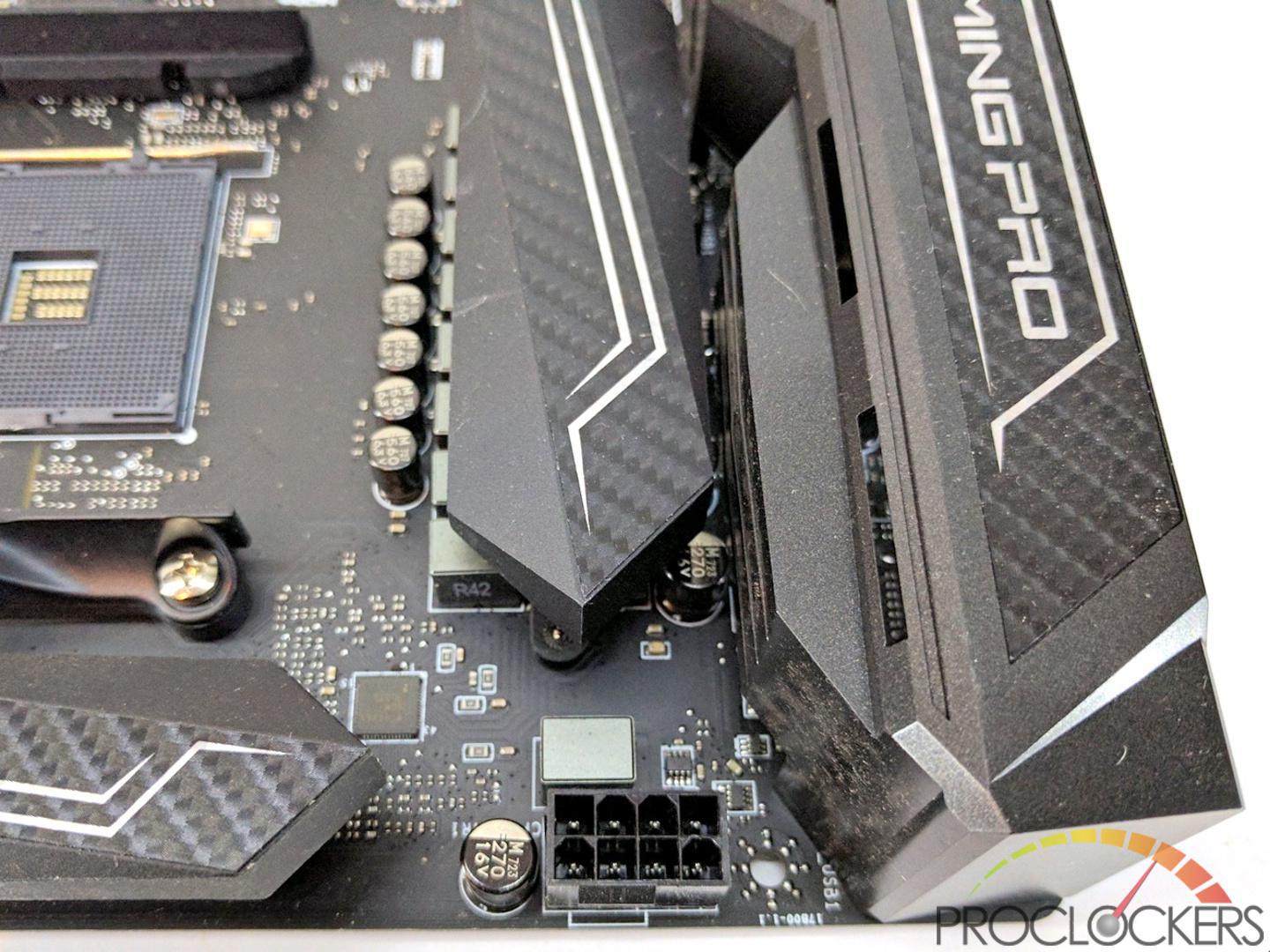 The 8-pin CPU power connector is almost unnoticeable being tucked in the upper left hand corner. 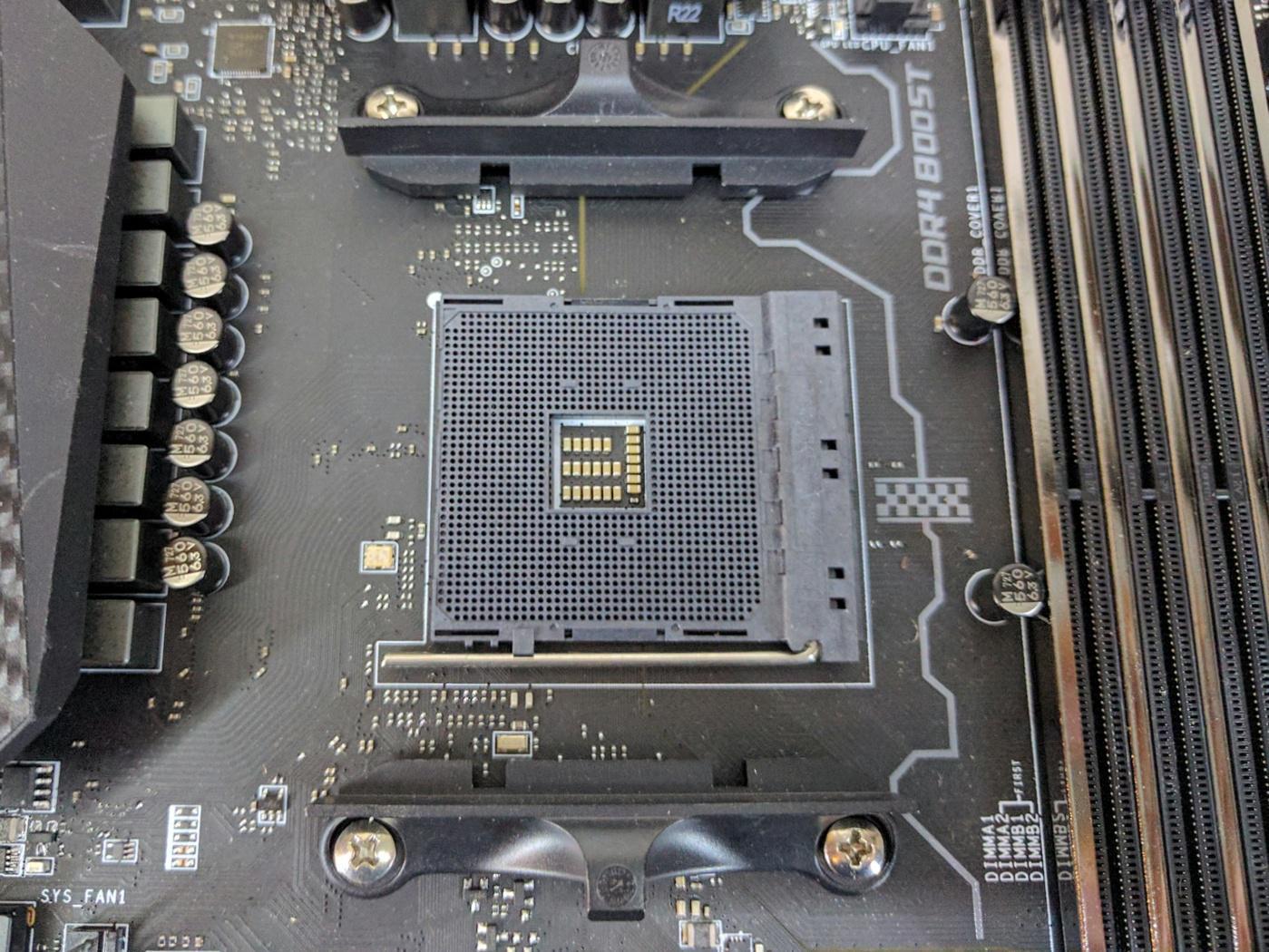 Things are a bit snug around the CPU socket, but still a bit more open than might be expected in part to the VRM heatsink design.