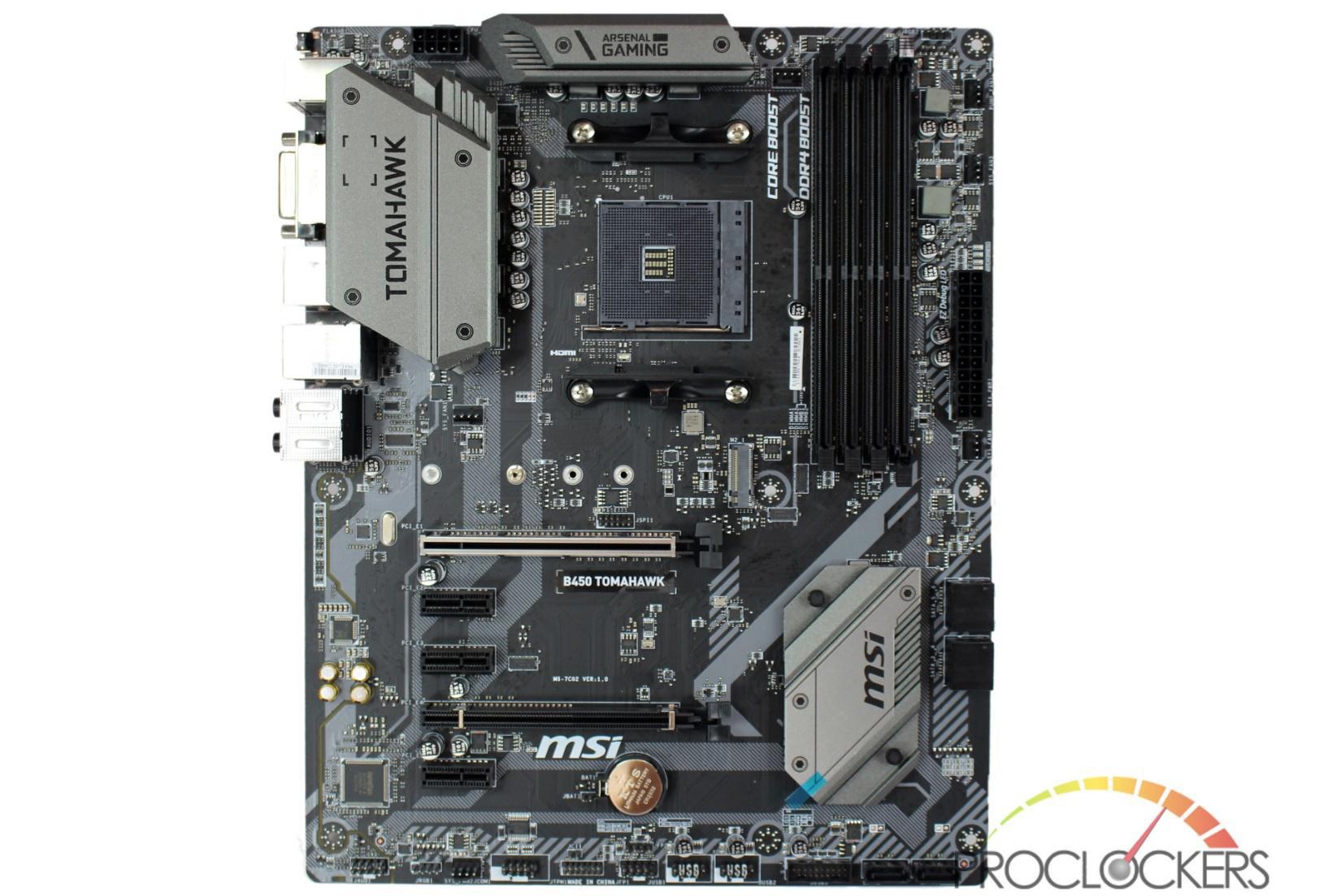 MSI’s B450 Tomahawk comes dressed in a neutral color scheme of mostly black and gunmetal grey. There is a grey silkscreened pattern covering most of the ATX footprint with three large metallic colored heatsinks, two for the VRM’s and one over the chipset. 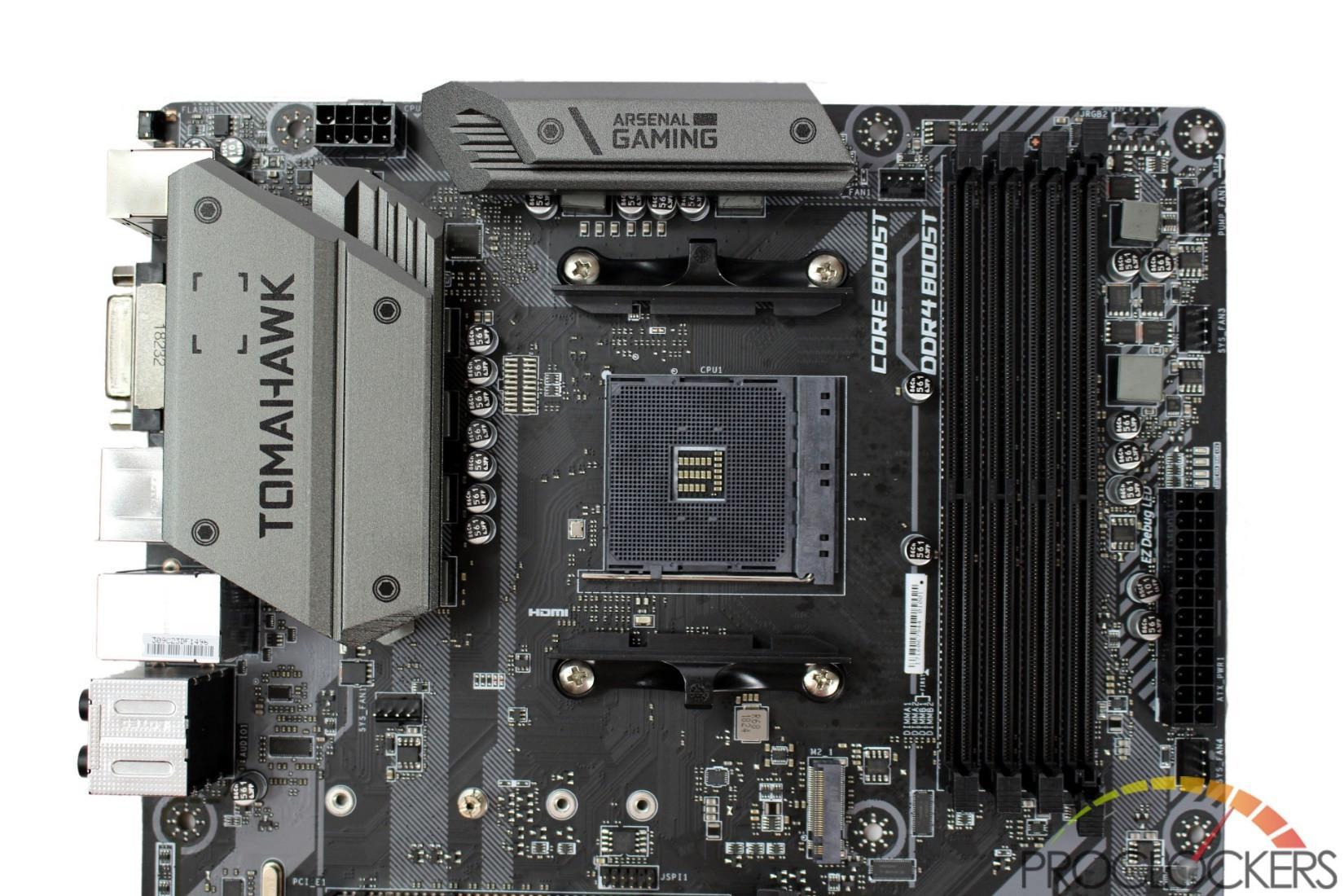 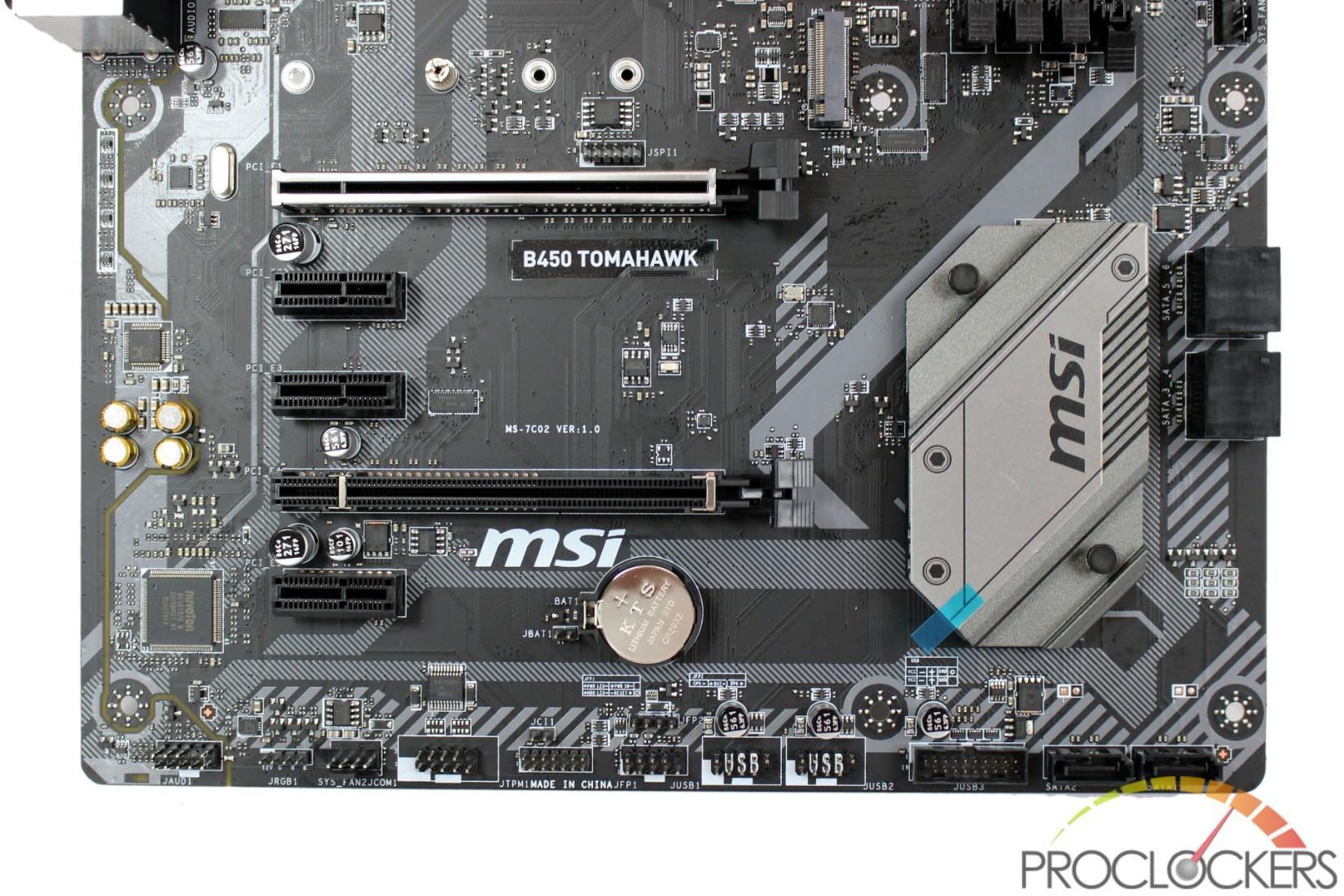 The lower half of the board has five PCIe slots, a reinforced X16 for your GPU, three X1 slots, and another X16 physical that is up to X4 electrical from the Chipset. It shares bandwidth with the PCIe x1 slots and may drop down to X2 link width.  The lower edge of the board has the front panel audio header, the sixth fan header, a serial UART, TPM and front panel I/O connections, twin USB 2.0 headers, a USB 3.0 header, and two SATA ports. 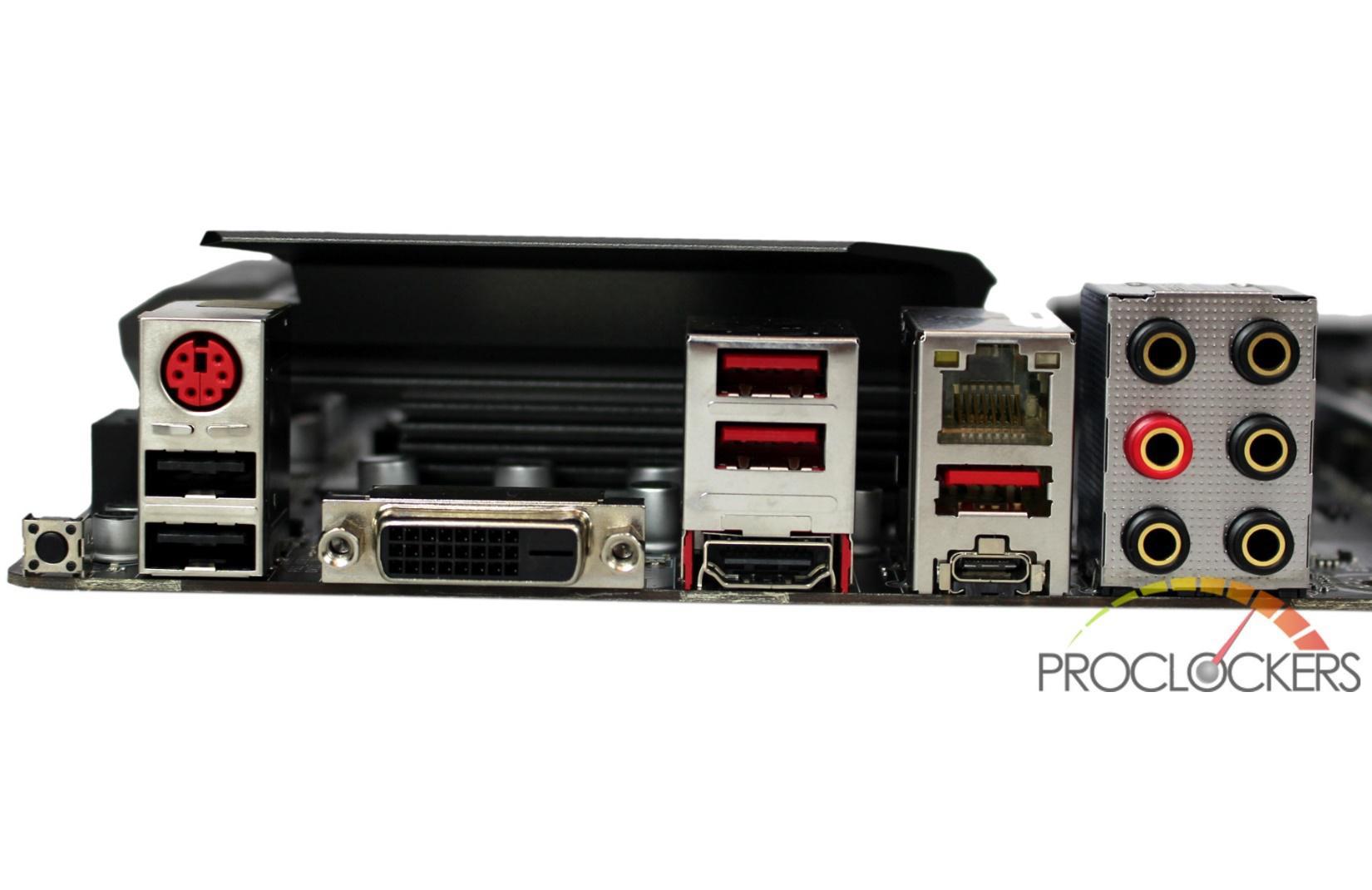 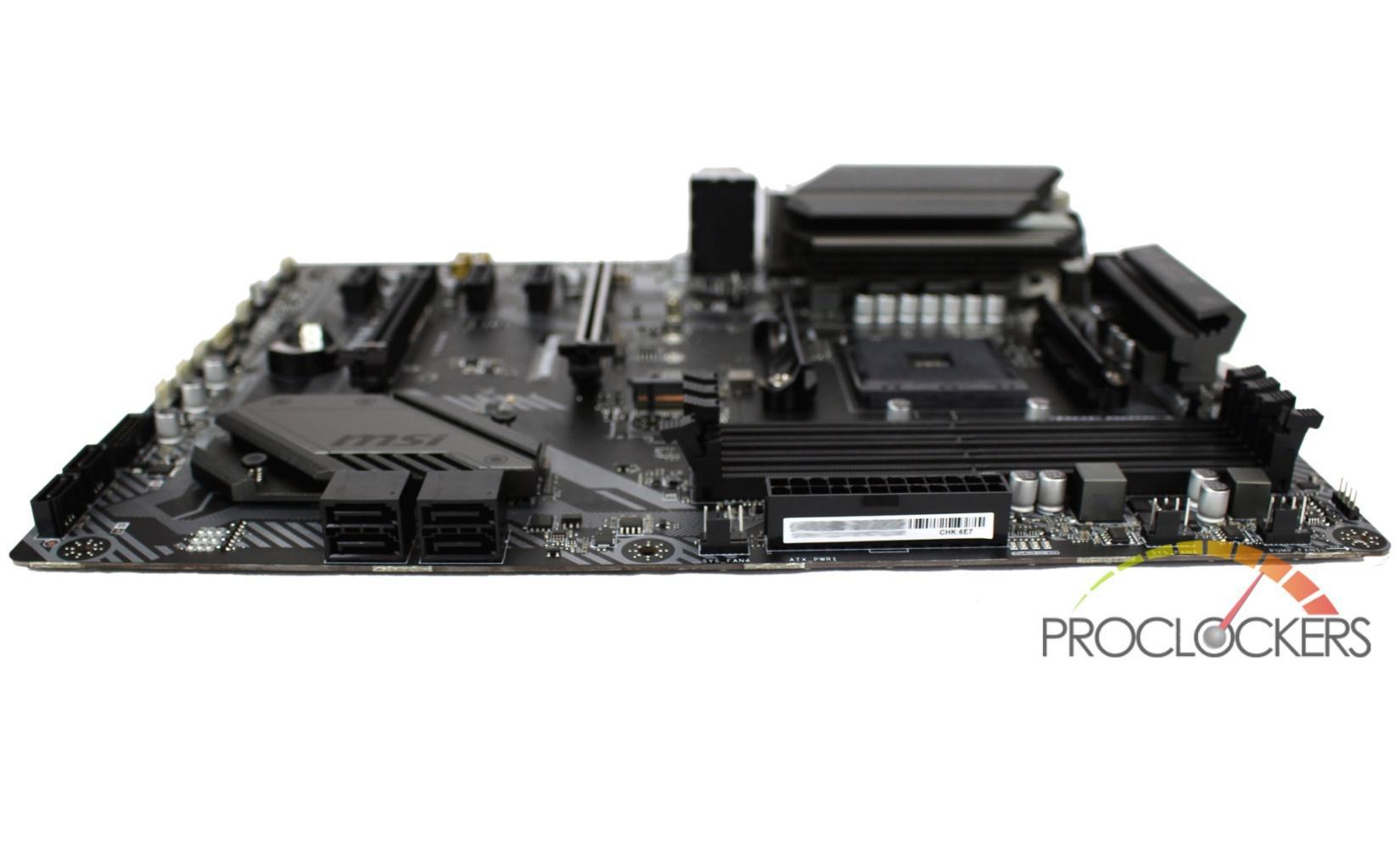 Going up the front of the board, you have four more SATA ports, three fan headers, main 24-pin power and 4 LED’s to help you quickly isolate problems. 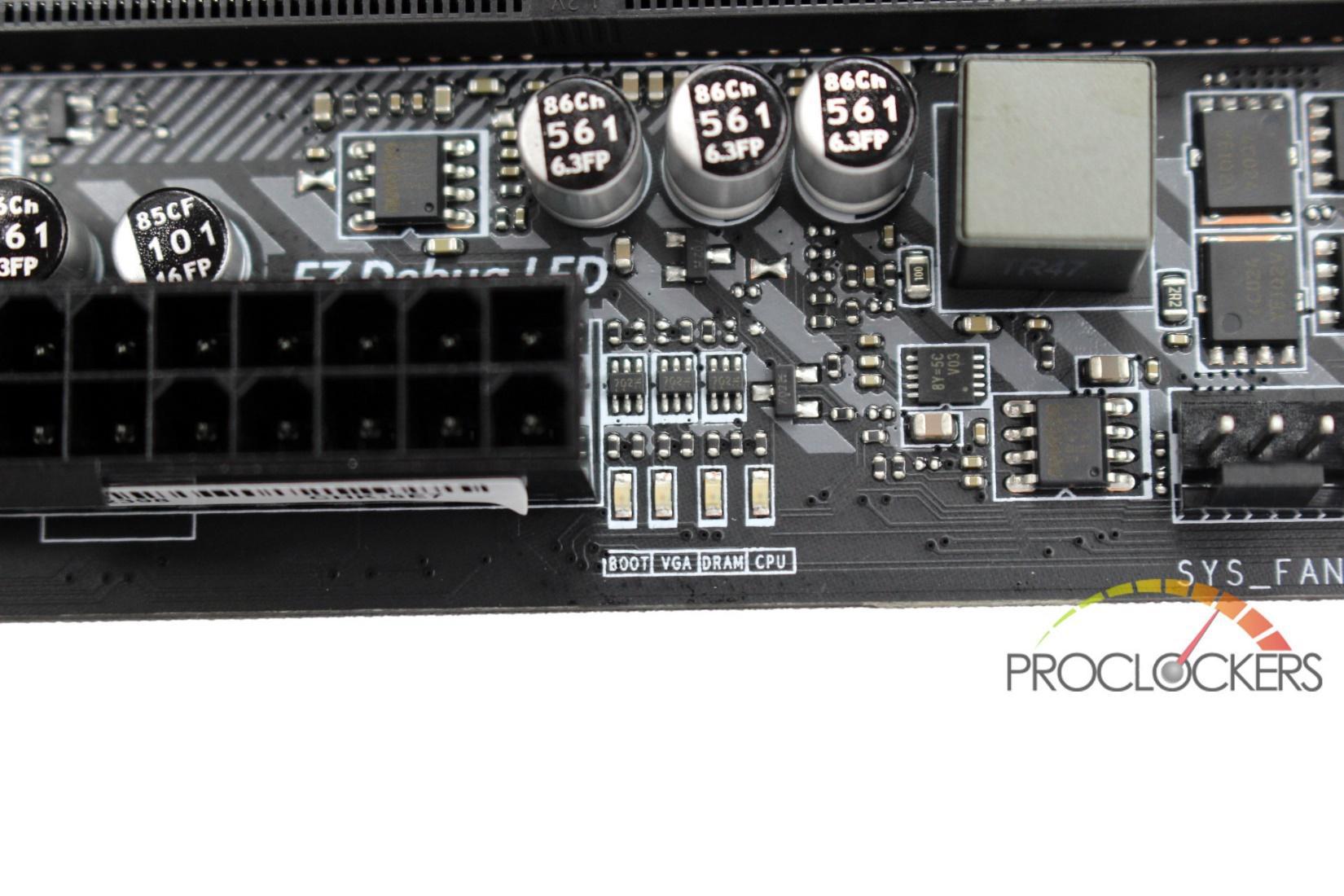 The LED’s indicate different subsystems and any that remain lit during POST will show you quickly where an issue is. We left the 8-pin CPU power disconnected and tried to boot and were greeted with an angry red ‘CPU’ light staying on. 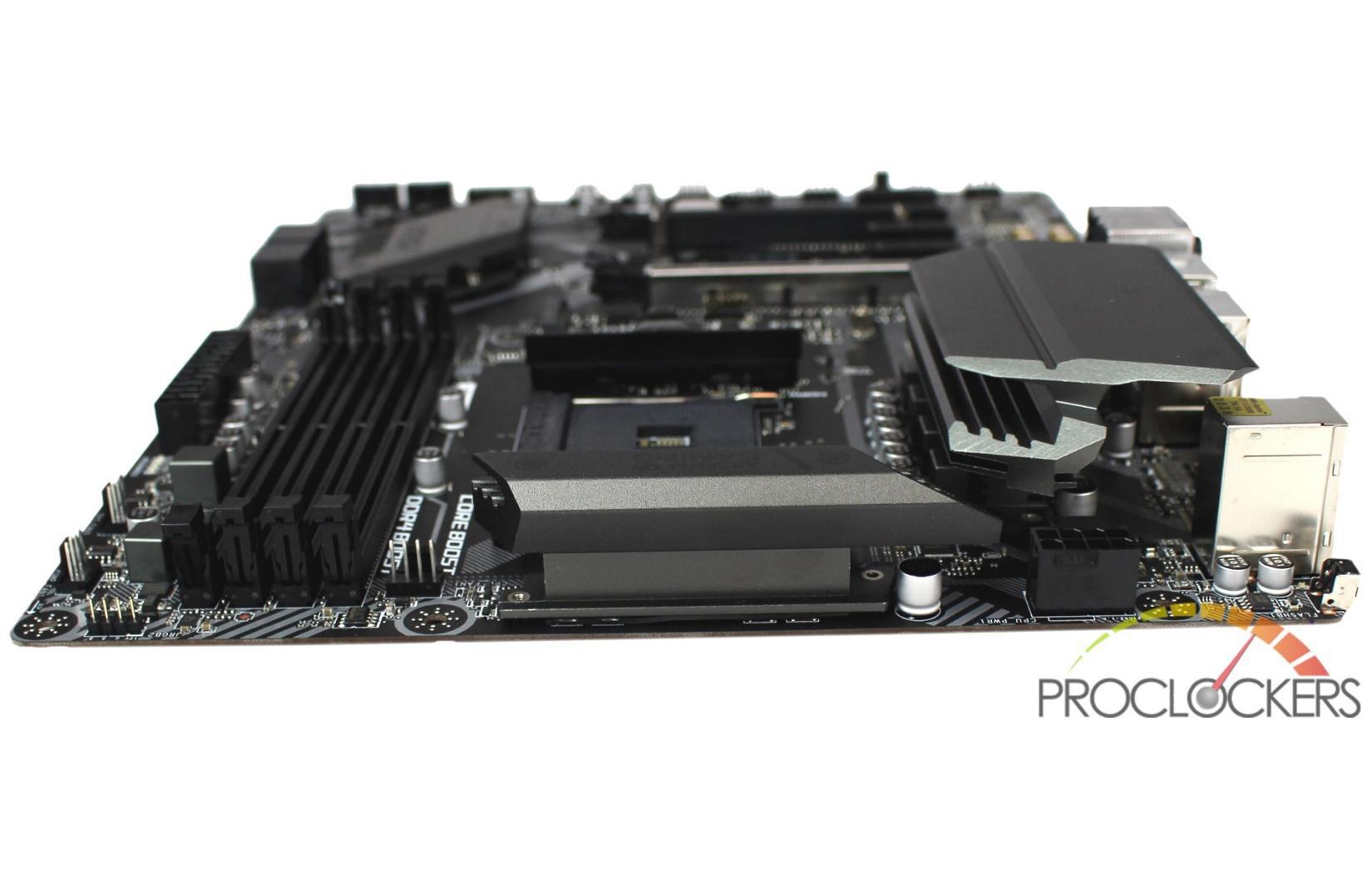 The top edge of the board has 2 fan headers and the 8-pin EPS power connection feeding the CPU. 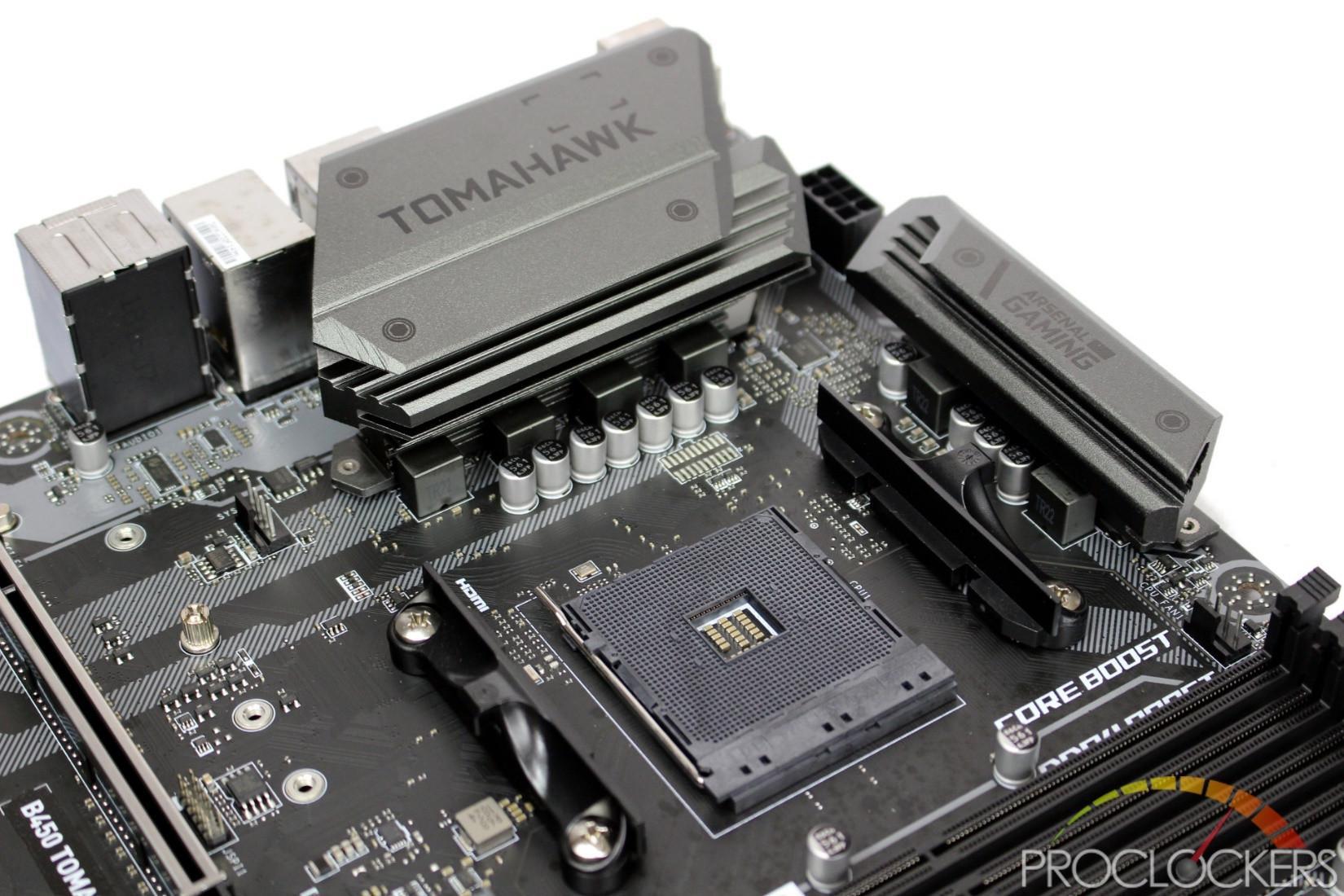 One final picture of the beautiful heatsinks surrounding the CPU.