Looking at the factory settings of the MSI RTX 2060 Gaming X, it boasts a boost GPU Clock of 1695 MHz. 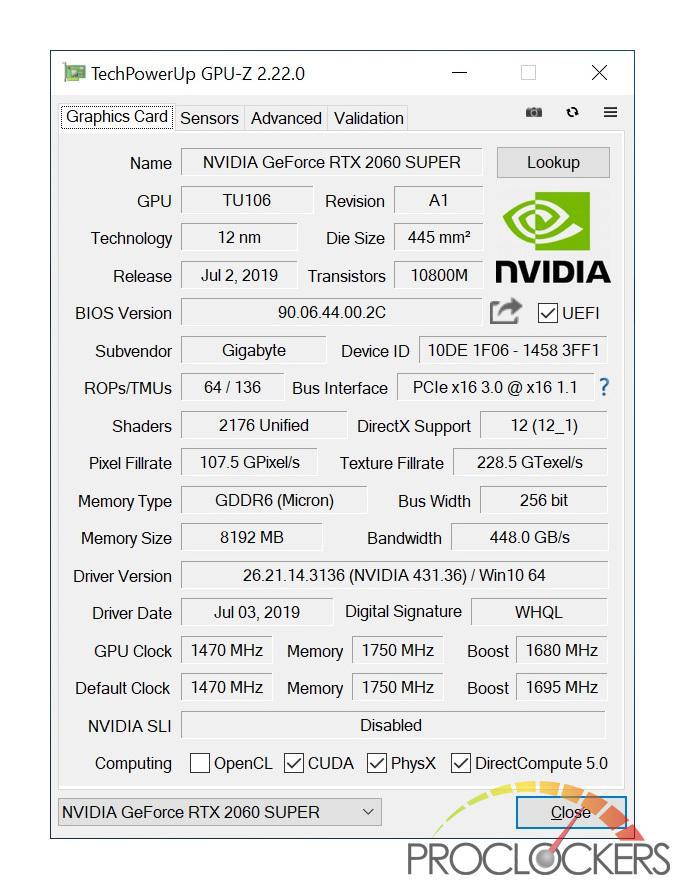 Thanks to Nvidia’s GPU boost, we actually see the RTX 2060 Super Gaming X boost well above stock frequencies to 1965MHz. 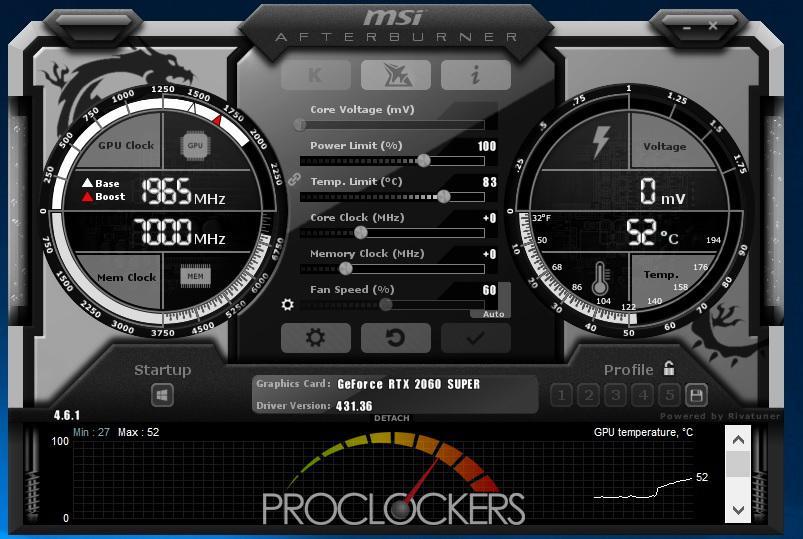 We are going to start off by using MSI Afterburners built in OC Scanner. This will run the card through a series of tests at 4 different voltage levels to determine its best clock speed at a given voltage. 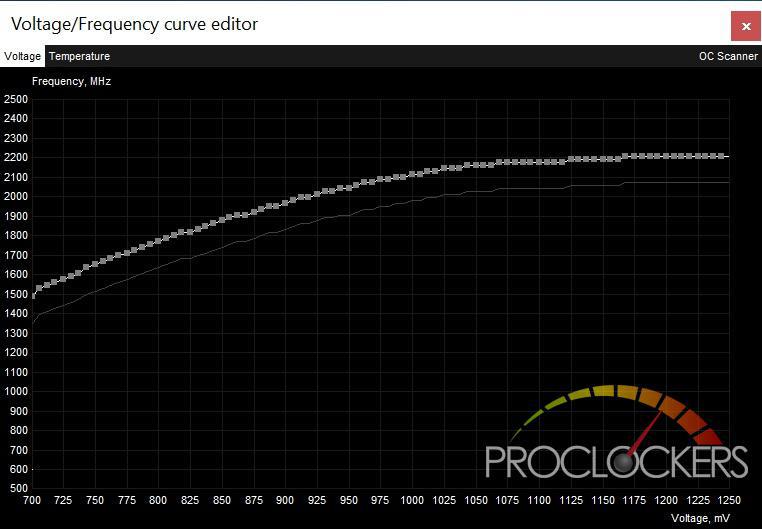 When running the OC Scanner, it ran through the first two scanning points fine, but on the third our screen went black. This is known to happen during these tests and most of the time it will recover and finish the scan. With the Gaming X, this wasn’t the case and we were forced tp reboot our test bench. I did attempt to run the scan again and received the same result.

Since we couldn’t get the OC scanner to work, we applied the overclock profile in Dragon Center. This profile applied a +15 core clock and a +140 memory clock to the Gaming X. 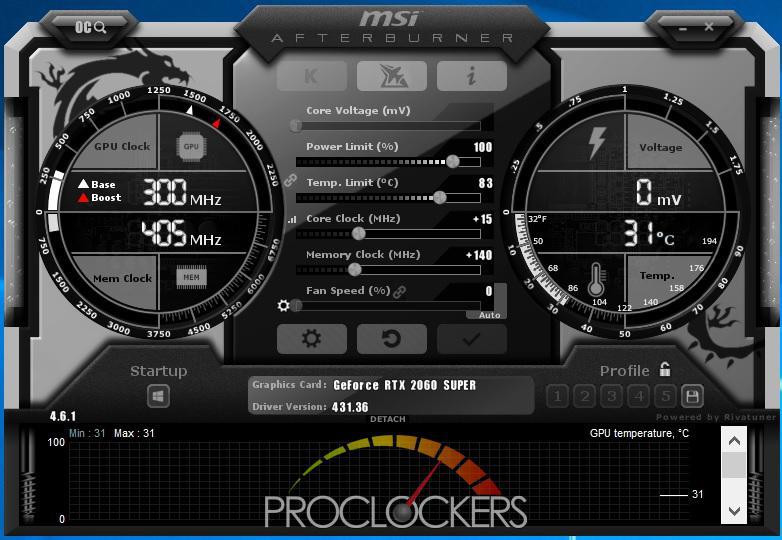 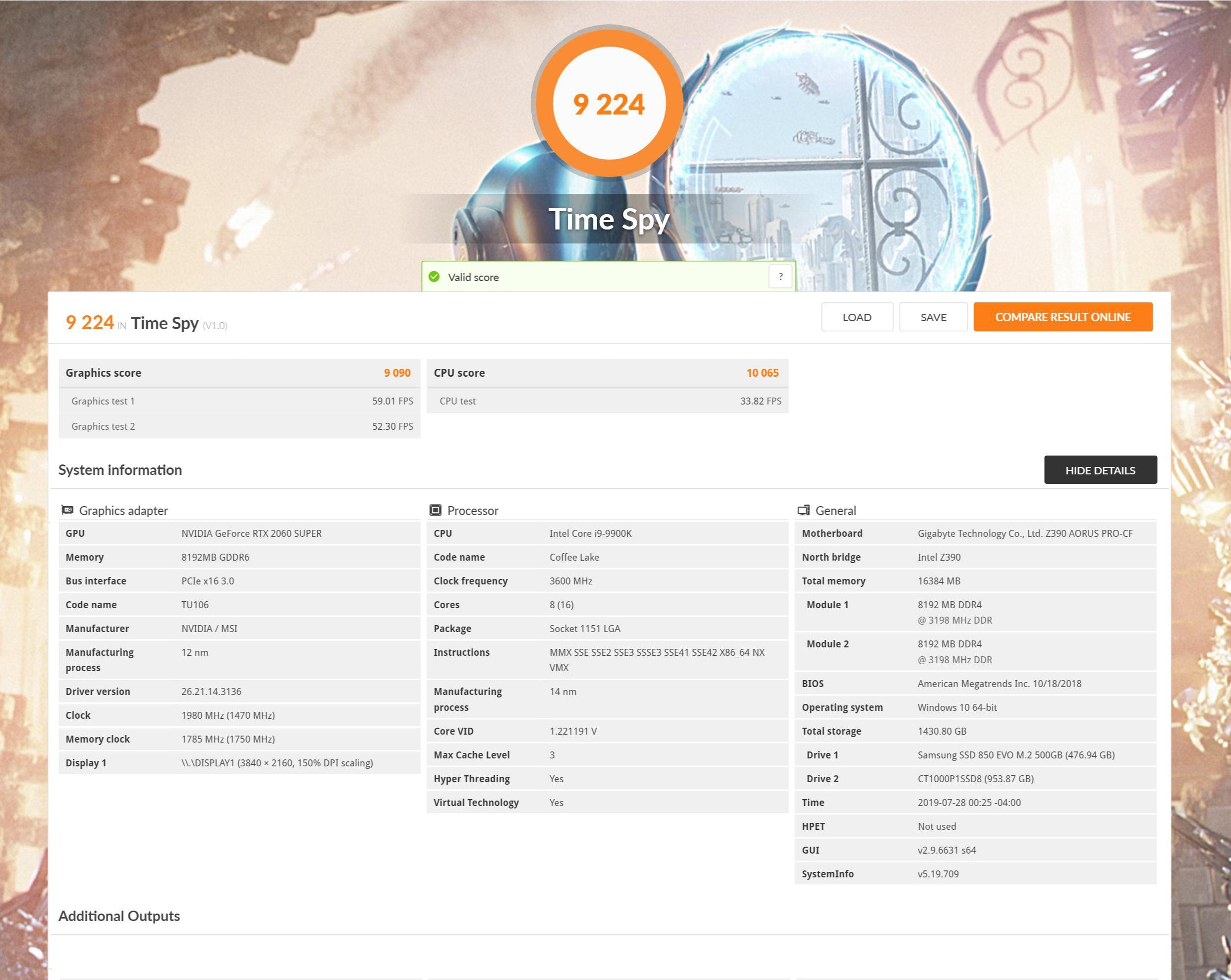 Knowing that you can manually dial in cards much better than predefined overclocks, let’s see what the MSI RTX 2060 Super Gaming X can do. On the memory, we manage to get it past the 2080ti’s stock memory clock with an effective memory clock of 16.4 GHz by overlocking it by a blistering 1200 MHz.

With the memory overclock in place, I proceeded to adjust the core clock little by little until we started crashing Timespy runs. In the end I was able to push the core clock an additional 100 for a total overclock of +115Mhz on the core. 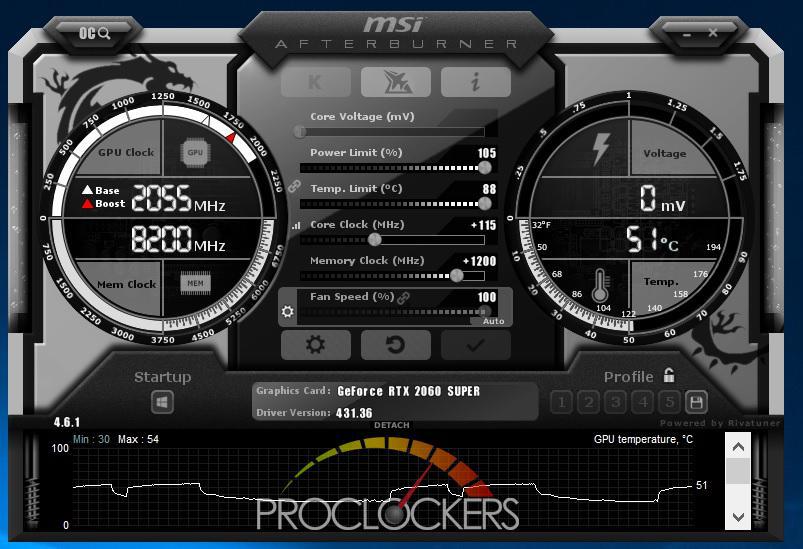 Running Timespy for a final run, we see an exceptional increase of 610 points over the stock profile which equates to about 6.6% increase in GPU performance. 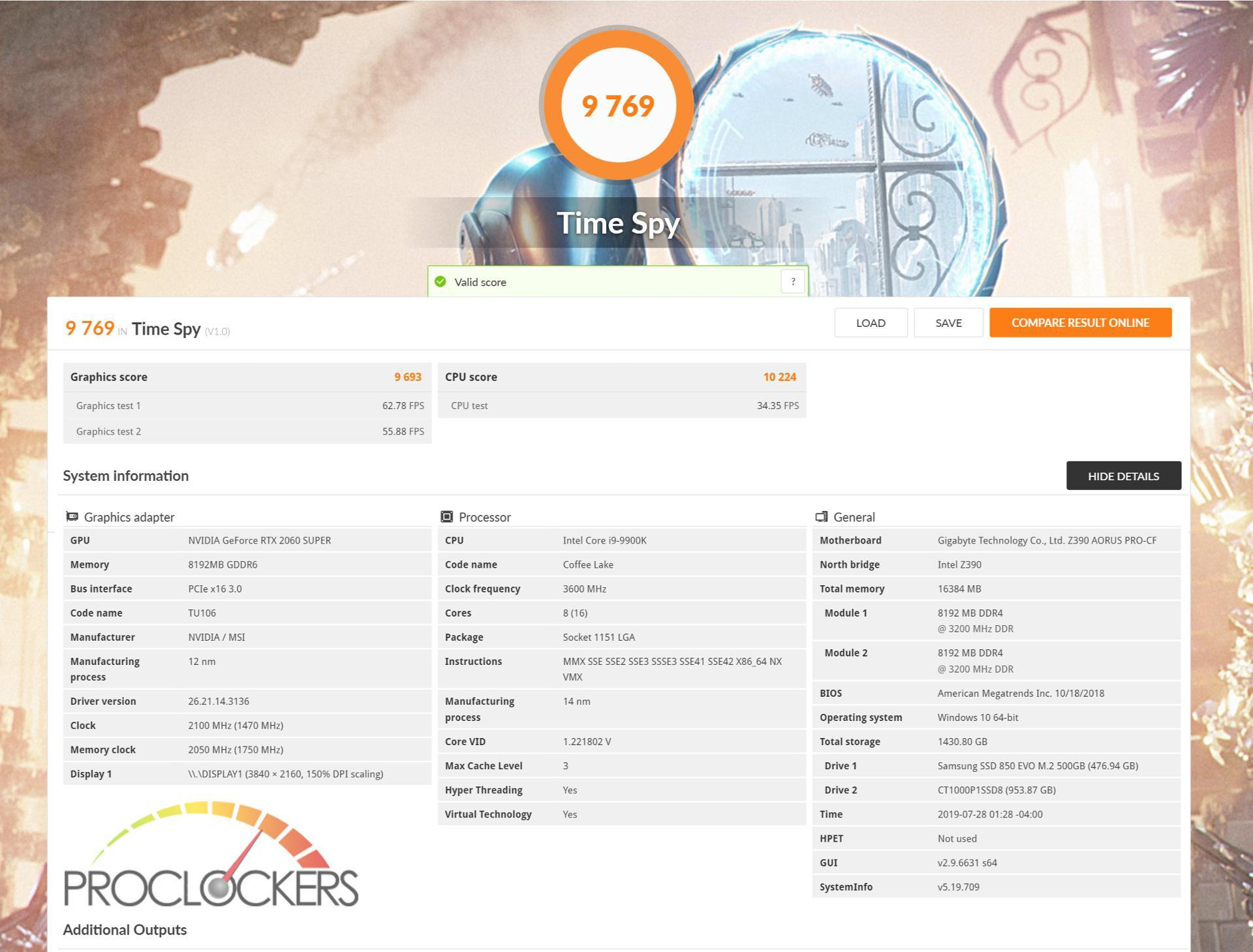 Using Kill-A-Watt to measure the power usage on the system at the wall, it showed our idle power draw of 59W. During running, our final overclocked run of Timespy, I saw a peak power draw of 297W giving us a difference of 238W. Taking a look at our GPU-Z logs, we saw the RTX 2060 Super Gaming X topped out with a TDP of 107.1% pulling at a total of 187.5W. Looking back at our previous review of the MSI RTX 2060 Gaming Z, the RTX 2060 Super Gaming X actually draws about 15W less power. 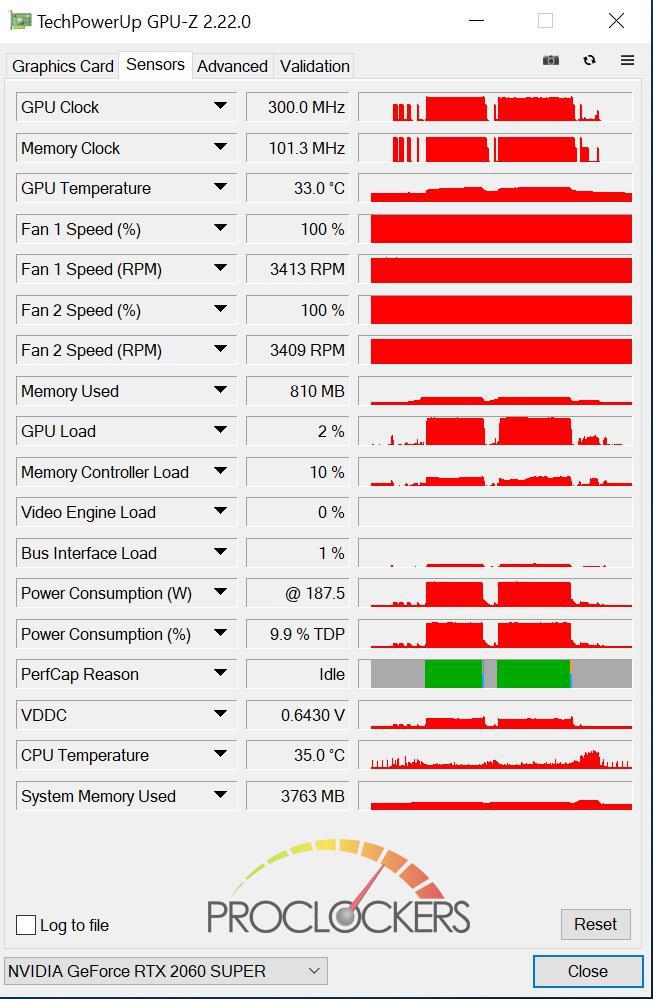