Getting to the interior of the H510 Elite was a little bit of work due to the tempered glass being secured very well to the chassis. Even after unscrewing the thumbscrew, it took more force to get it off than I was used to which was due to the same nubs found on the top of the front panel. Once the panel was removed, we found the interior of the H510 Elite color palette reversed, with black now being prominent and white as the accent. It’s nice to see that the H510 Elite takes after its fellow H series family and also includes a vertical cable management bar. I was a huge fan of this bar in other NZXT builds as it always helped keep my builds as clean as possible. 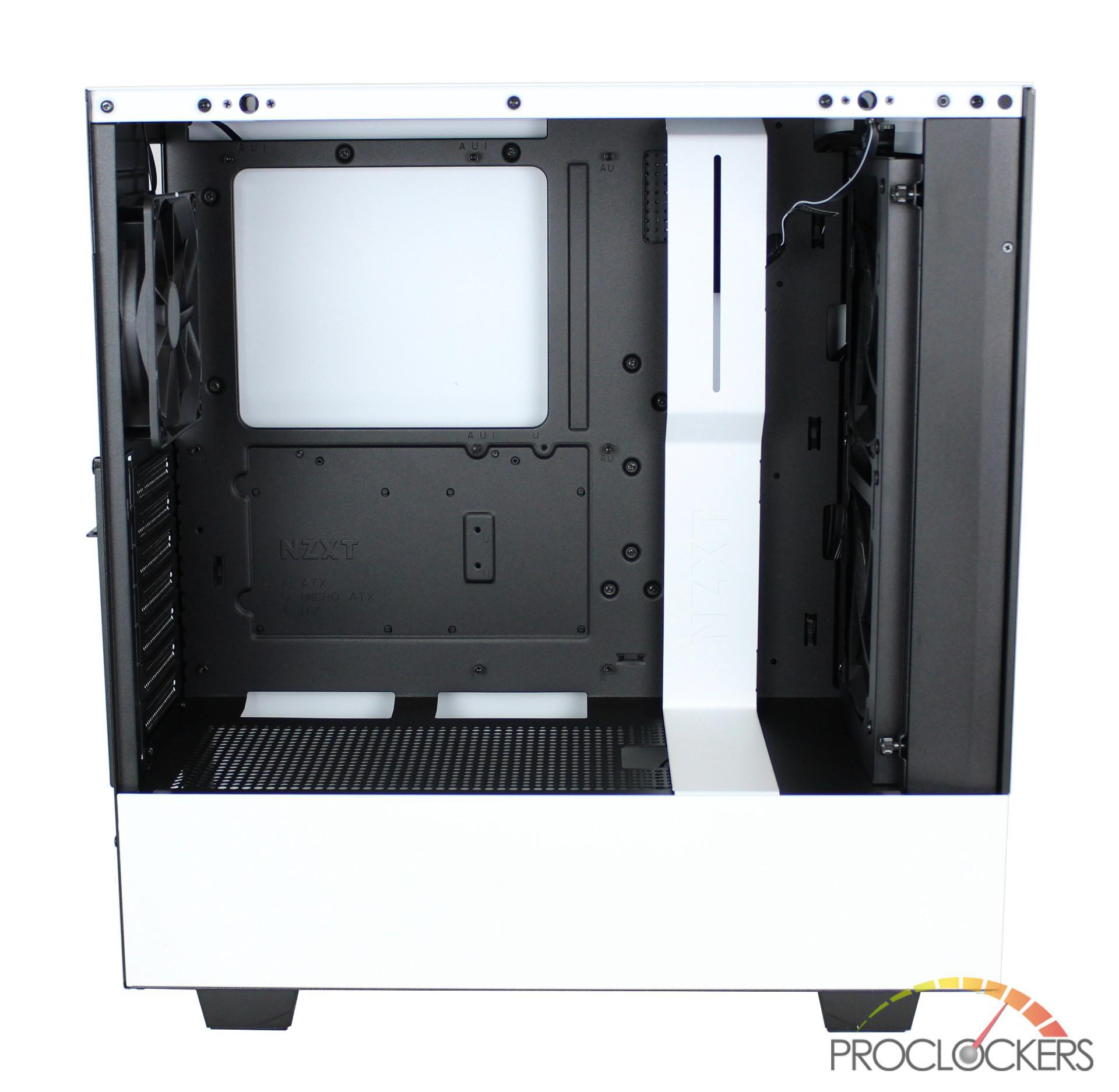 Looking down at the PSU shroud, it’s covered with a mesh surface with cable routing options at the back as well as a GPU cable cutout beside the cable management bar. One feature missing from the H510 Elite is the mountable toolless SSD brackets to install on the PSU shroud. The PSU mesh looks to be the same as other H series cases which did include these brackets. 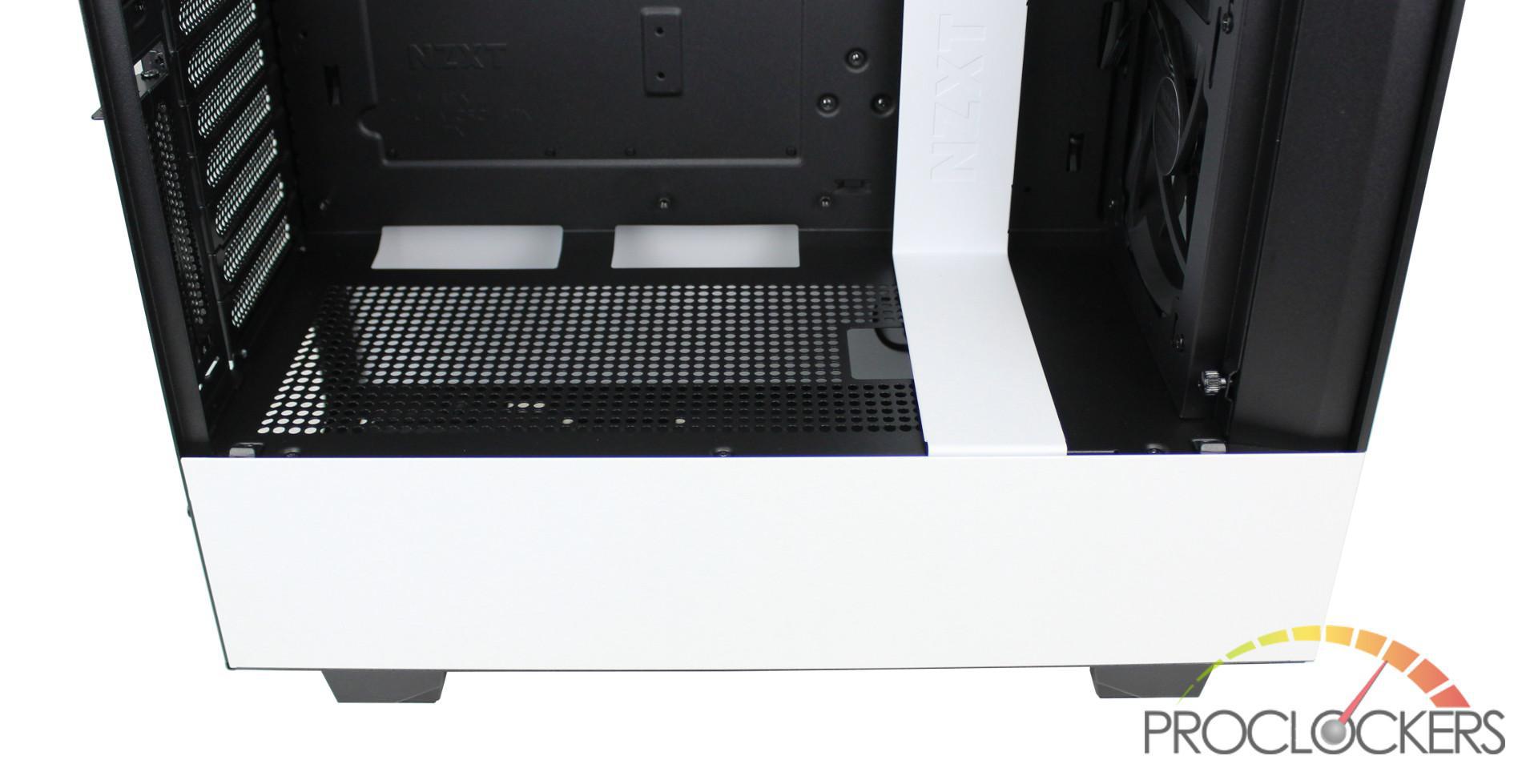 Looking toward the front of the case, we have the Aer 2 RGB mounted to a removable radiator bracket. It’s nice to see NZXT take this approach as it makes it easy to install fans or an AIO without removing the front tempered glass panel. To remove the radiator bracket, all you need to do is loosen the two thumbscrews on the right-hand side and gently remove it from the case. 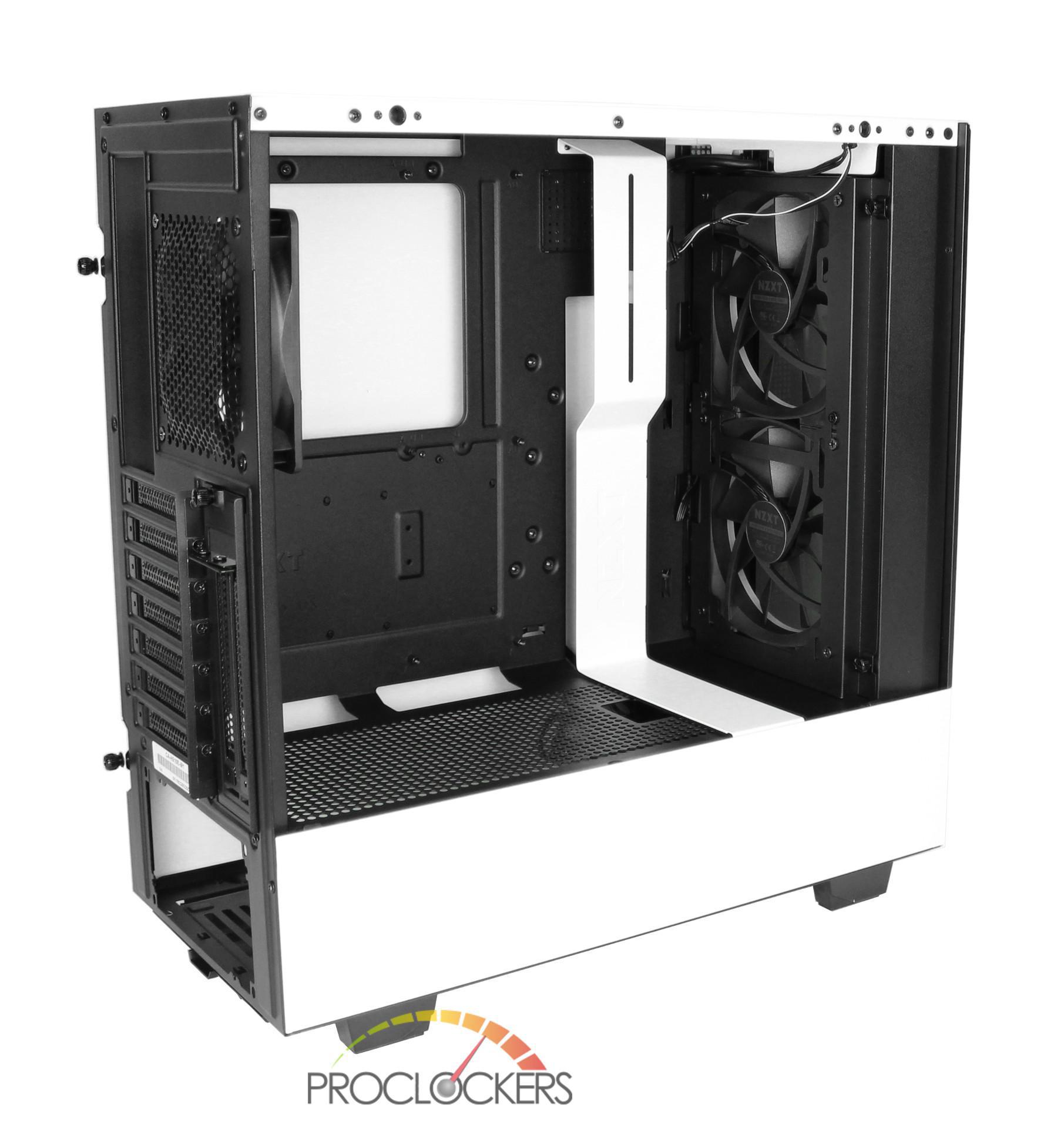 Looking to the back of the case, is a preinstalled Aer F120 fan configured as exhaust. 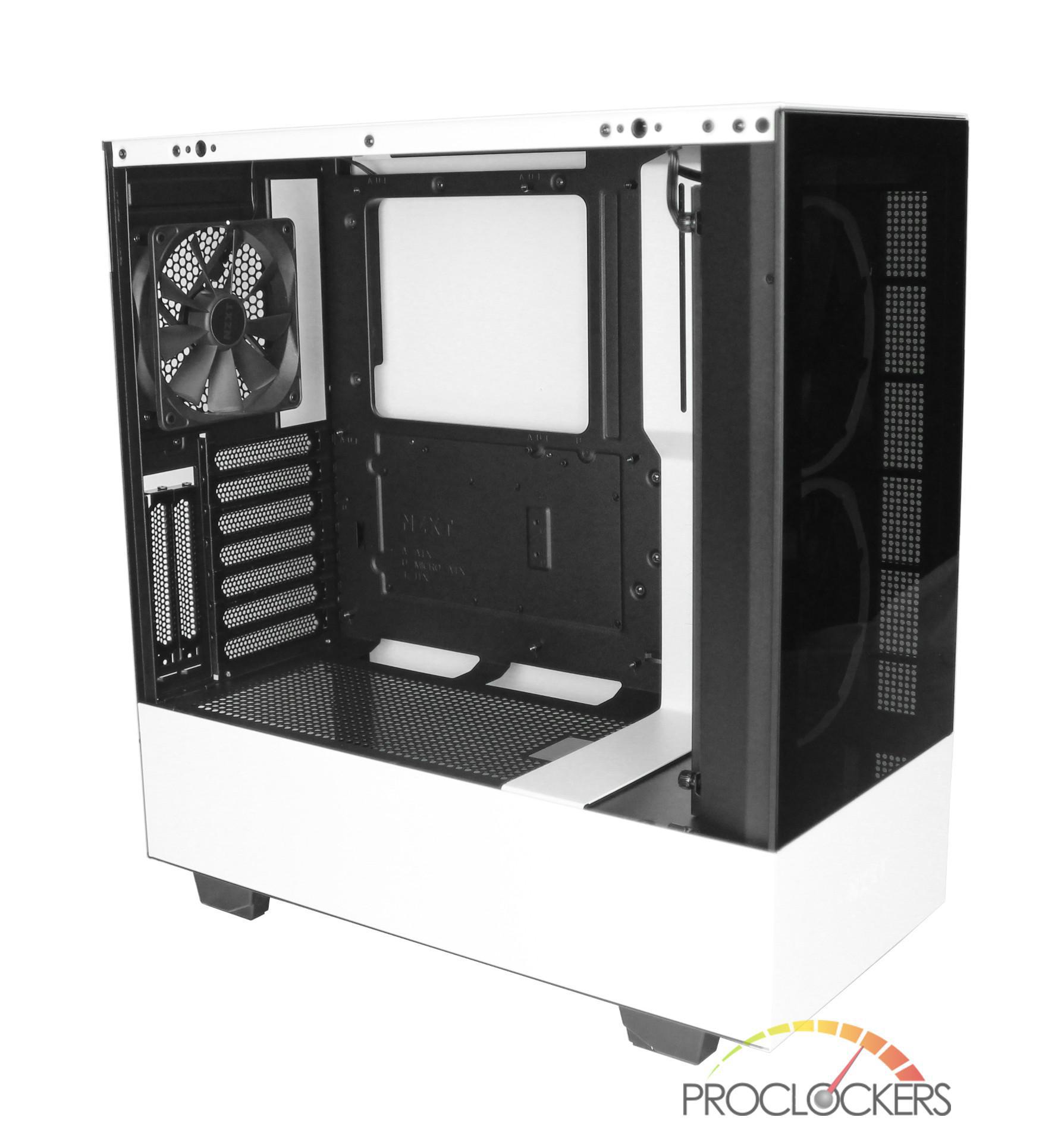 The black interior continues to the backside of the motherboard tray with the only white accents being at the back of the cable management bar and the back of the PSU shroud. 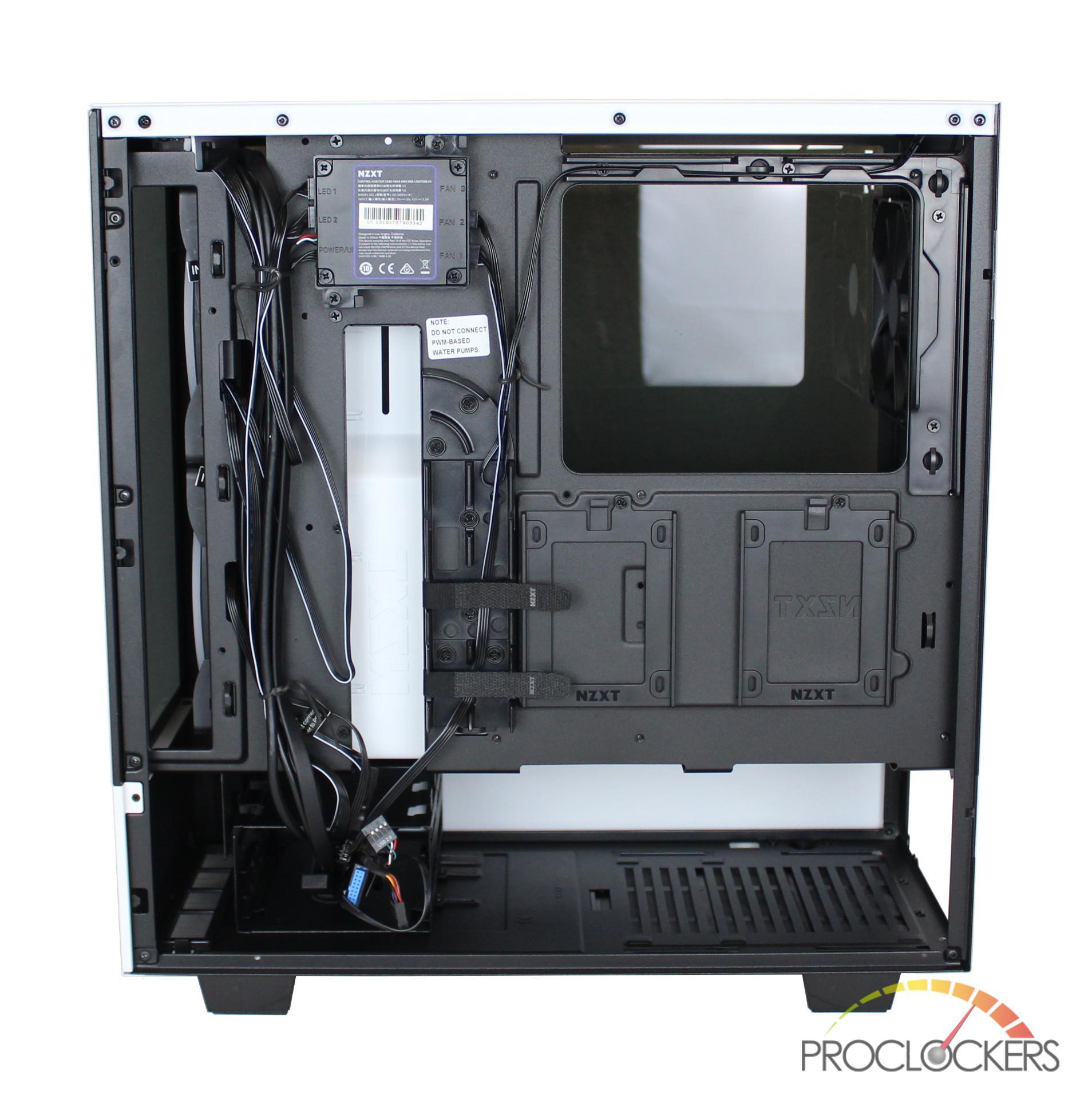 Taking a closer look, the H510 Elite includes NZXT patented cable management channels throughout the backside. These make it extremely easy to route your cables through and keep even the backside of your PC tidy. 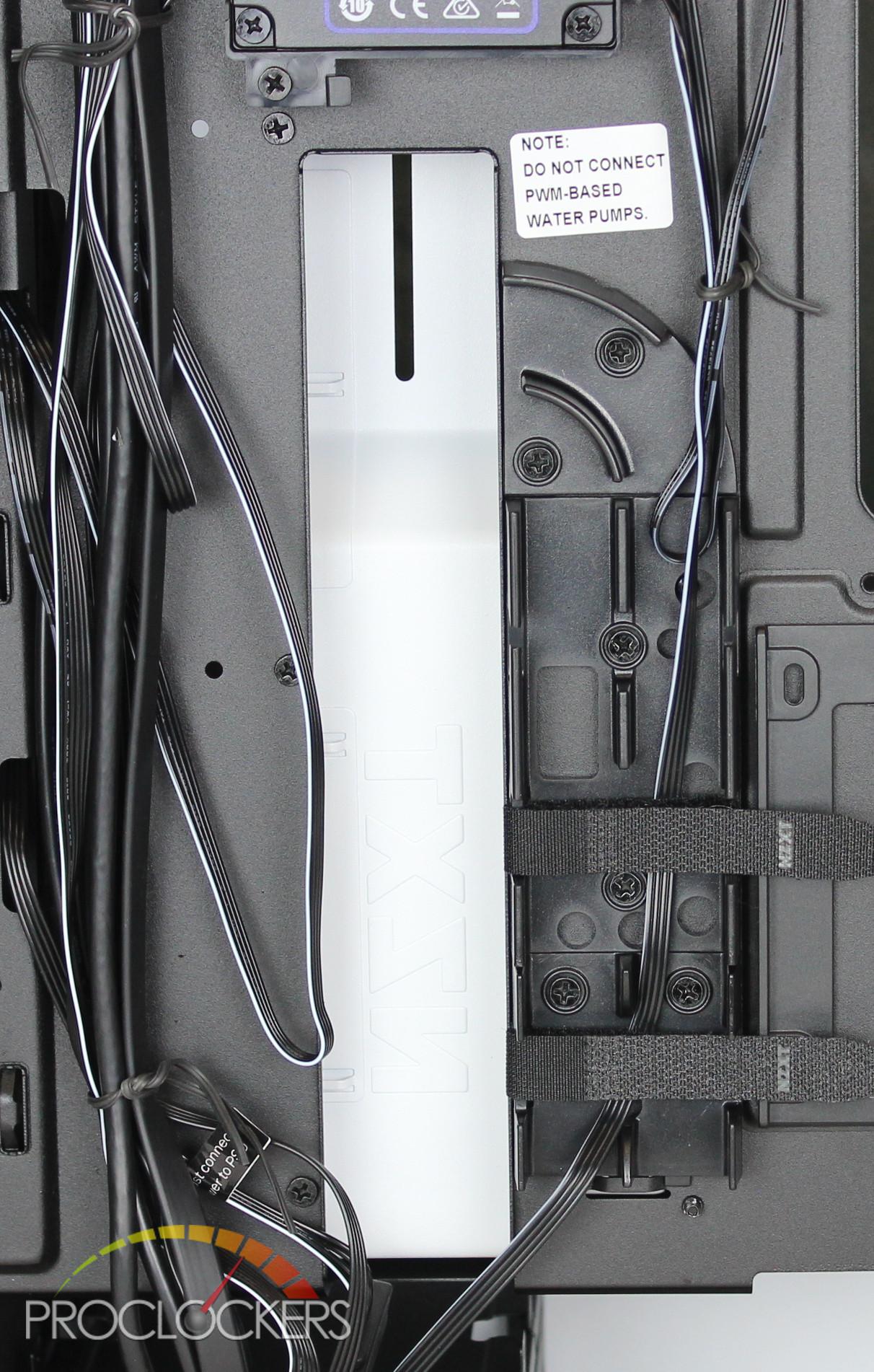 Below the motherboard tray, we have two removable SSD brackets which are attached to the back of the motherboard tray by a single screw. I would have liked to see NZXT include their toolless SSD trays here as it would just make installing your SSD that much similar. 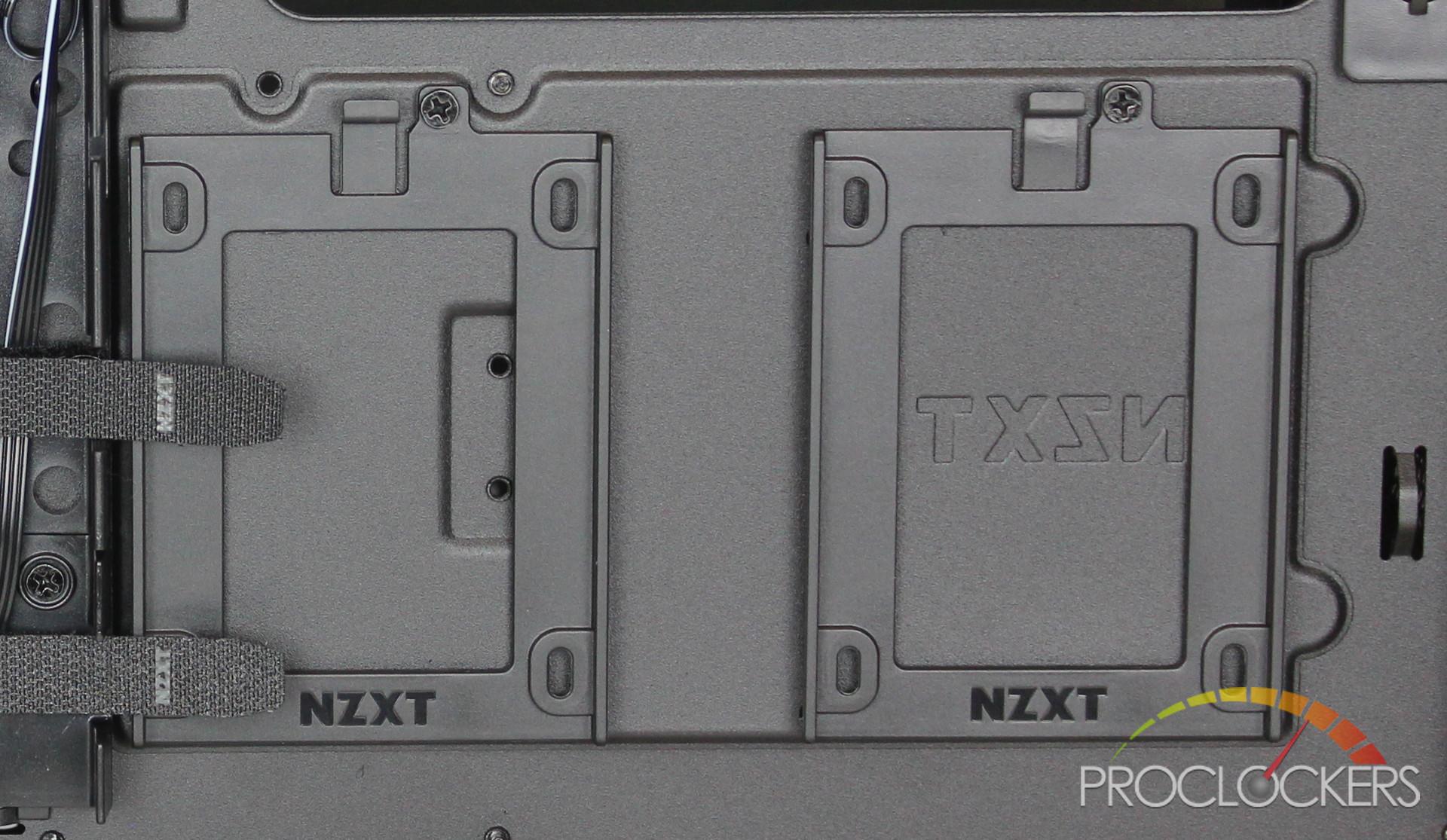 Controlling the LED strip and two Aer 2 RGB fans is NZXT’s Smart Device 2, which comes pre-installed with the fans and LED strip already wired up. As you can see from the photo below, a few of the fan wires are a little loose, so it’s best to make sure they are plugged all the way before booting your system. 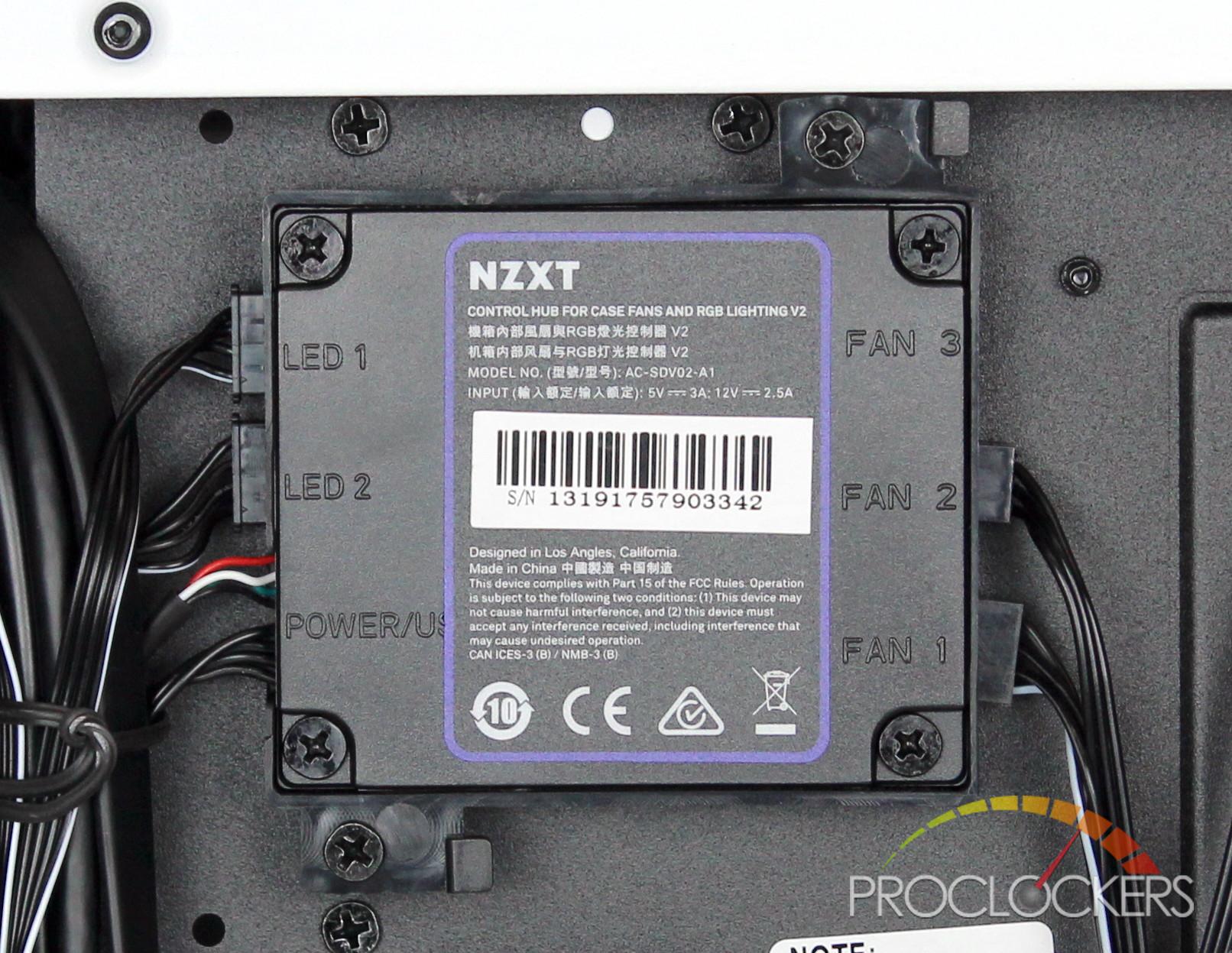 Looking to the basement of the case, there is a removable drive base that supports up to two 3.5” HDDs. To remove the drive bay, you must remove the 4 screws holding it in place from the bottom of the case. If your build doesn’t include any 3.5” drives, removing this cage will give you plenty of room to store slack from your PSU cables. 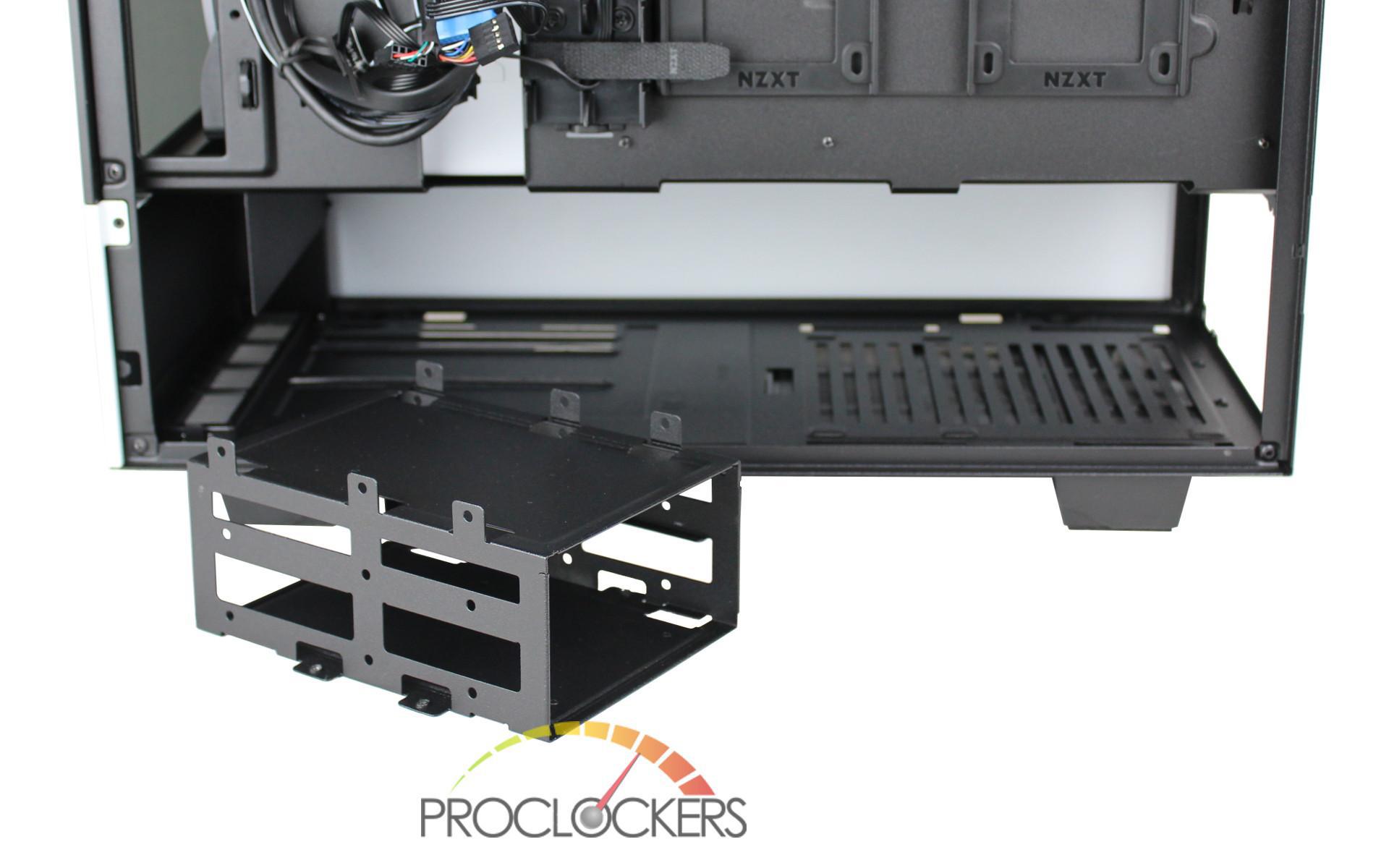