To control the included LED strip and Aer 2 RGB fans, you must download NZXT’s CAM software from their website. This piece of software allows you to view and configure various aspects of your PC and it’s dashboard includes readouts for temperature, CPU/GPU load and your current clock speeds to name a few.  In this review, we will focus on the features that pertain to the pre-installed RGB hardware. 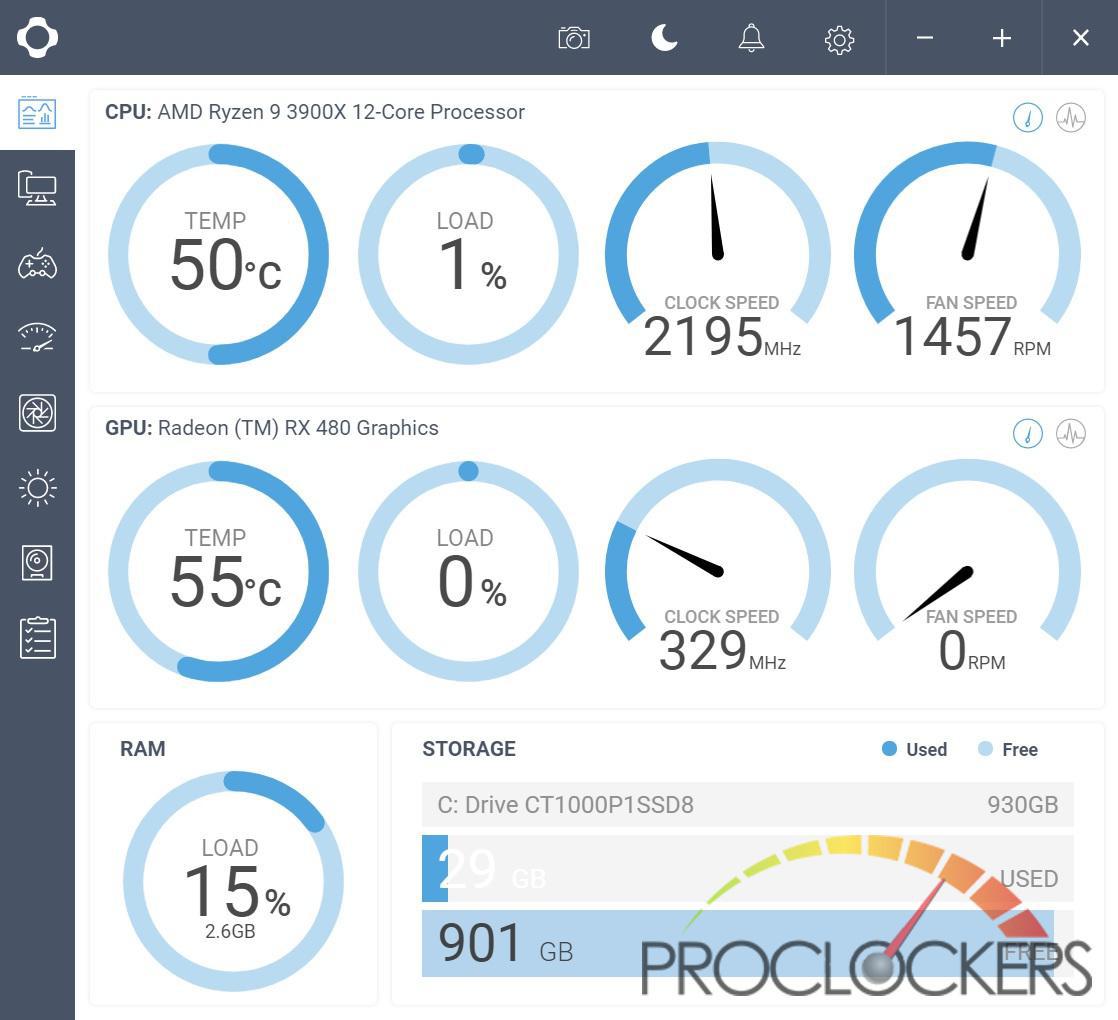 Under the lighting tab of the CAM software NXZT, it comes loaded with 10 presets which can apply a certain lighting pattern to each or all channels of the Smart Device 2 controller. By default, the LED strip is installed on channel one and the two Aer 2 fans on channel two. The lighting presets you can apply to the channels are: 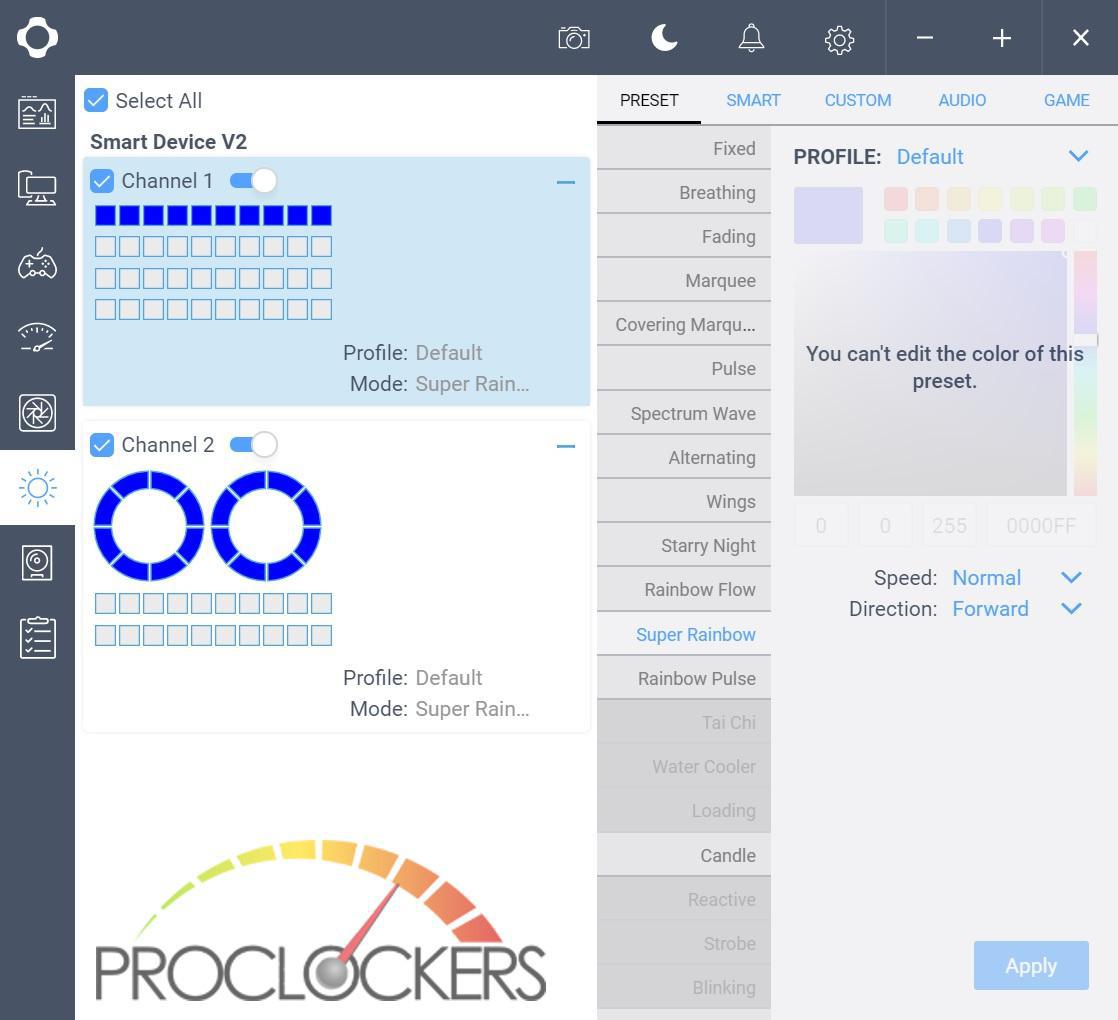 Under the “Smart” tab, you can have the LED’s change base on CPU/ GPU temperature as well as your current FPS. 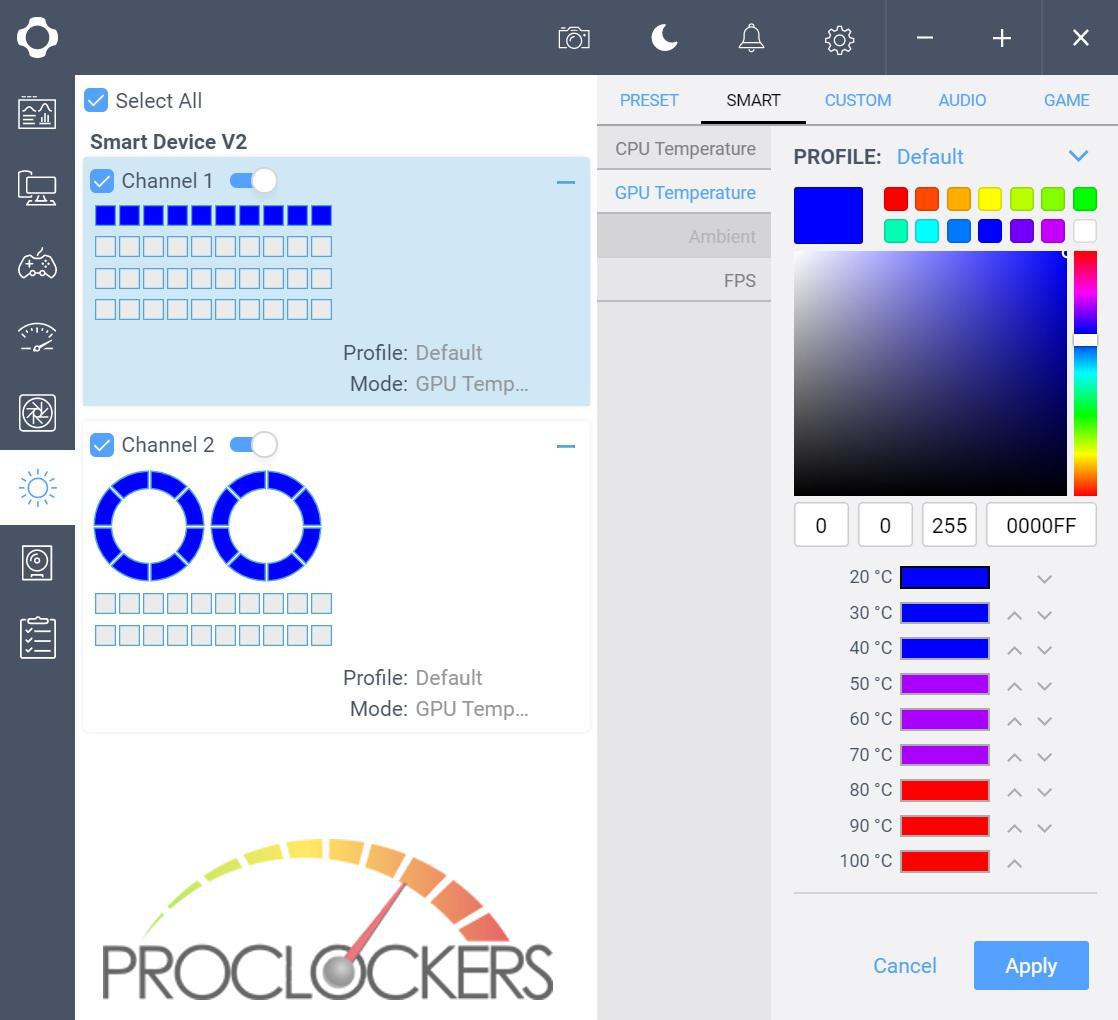 The “Custom” tab allows you to create a custom version of the Fixed, Breathing and Wave presets. 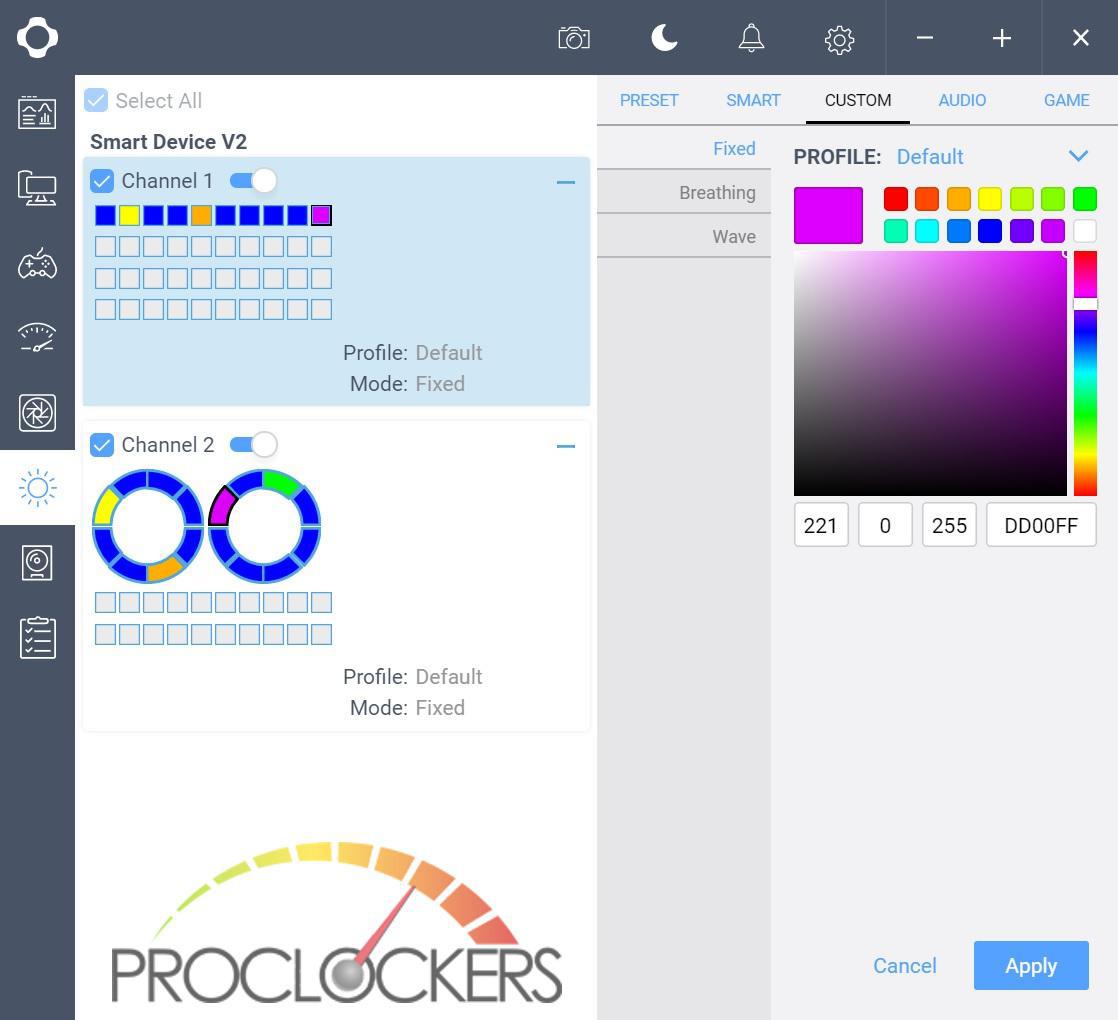 On the “Audio” tab, it allows you to change the LEDs based on various sound presets such as Level, Bass, and Gain. 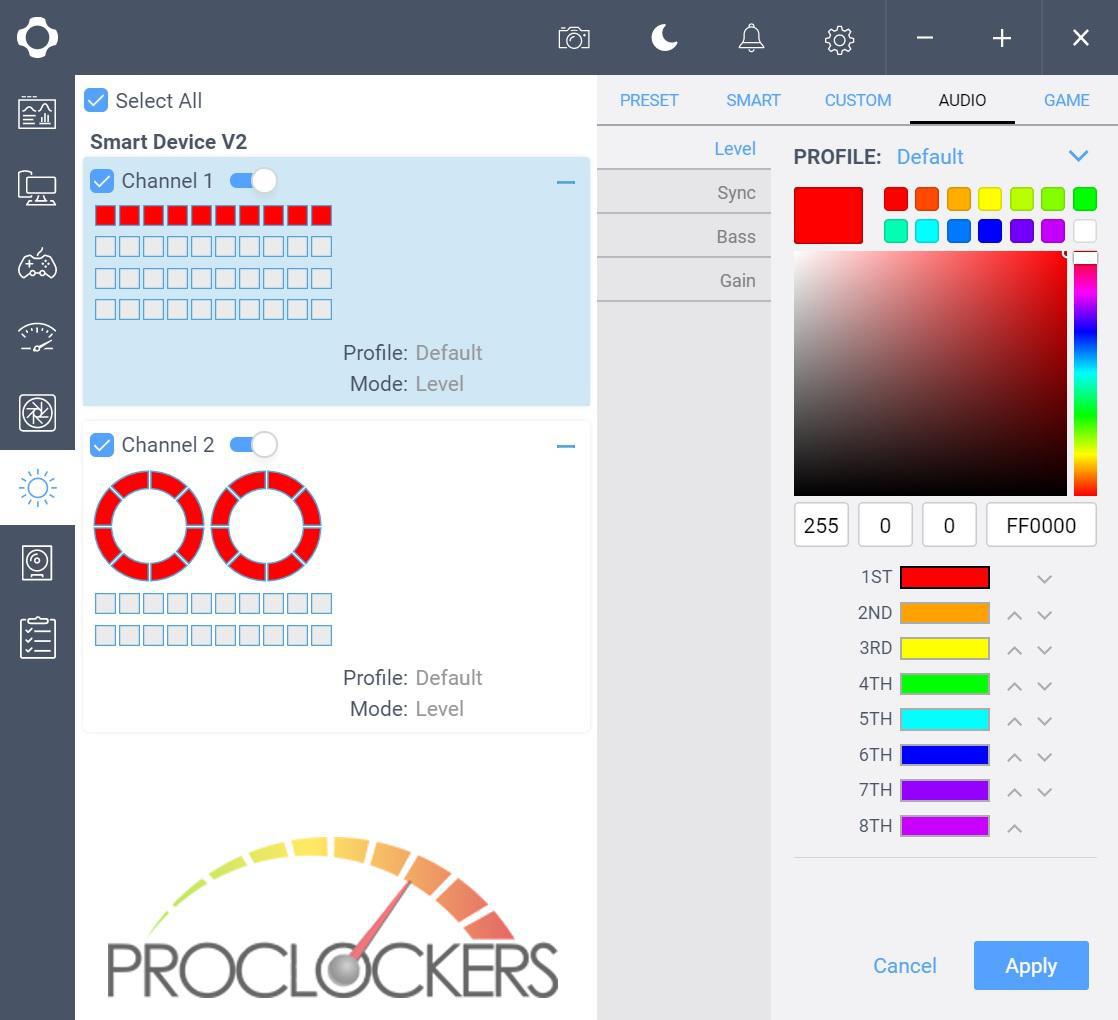 On the last tab, “Game”, you can configure your LEDs to react to various attributes in games. Each game can be configured individually and the software will change the present based on what game you are playing. 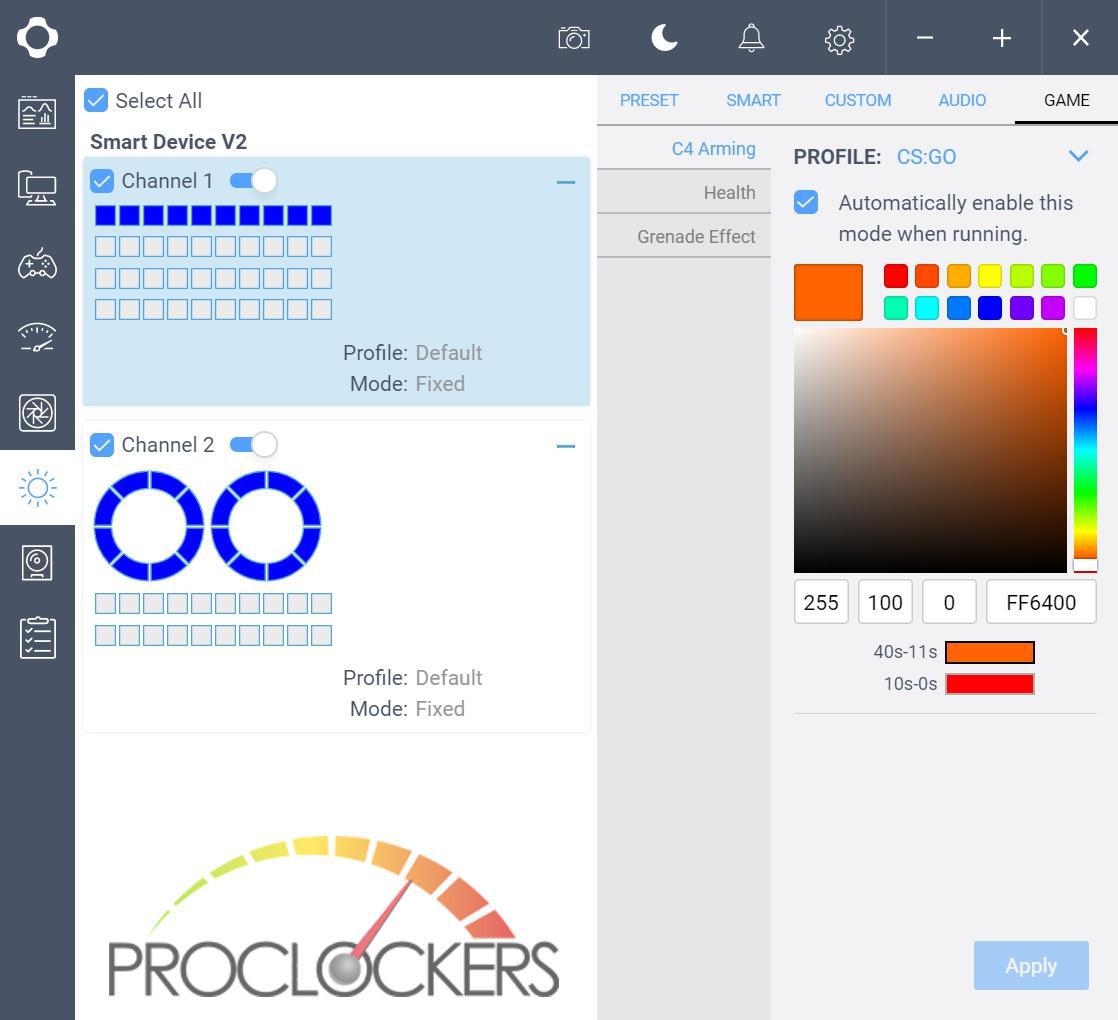