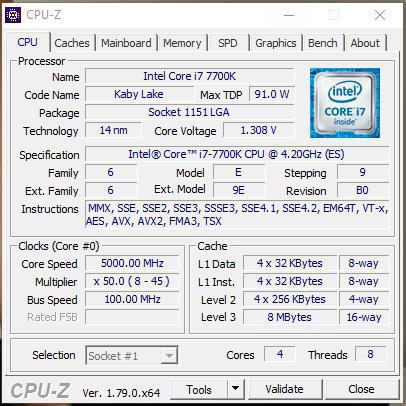 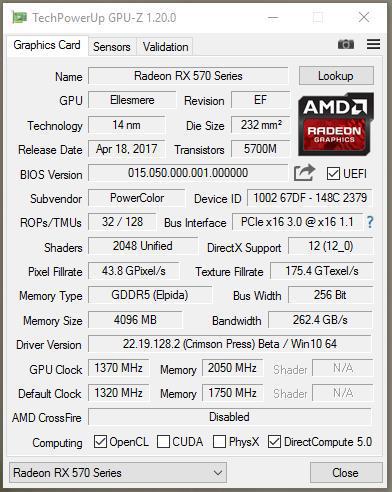 The ambient temperature was 20°c, or 68°f, during all testing. The GPU was kept at its stock clock during all testing, with one exception, 3DMark. The Red Devil RX 570 has a base clock of 1320MHz. I used AMDs new WattMan utility for overclocking the GPU. For the synthetic benchmarks, I tested OpenGL, DirectX 11, and DirectX 12. For the Gaming benchmarks, the games were run in 1920 x 1080p, 2560 x 1440p and 3440 x 1440p. I also usually run 4k benchmarks. However, my 4K monitor recently died and I have yet to replace it. I apologize for this and will resume 4K testing in my next review. Windows 10 Professional was used due to it being the most recent operating system. All games were run on high presets, with no MSAA or AA of any kind in any results. The advanced graphics settings in Grand Theft Auto V were left at their stock settings.