There were 8 games tested, a mix of newer titles and a few older ones, but none older then 2013.They were tested in 1080p, 1440p and 3440 x 1440. All games were played at their high presets, with no AA of any kind. A quick side note, on GTA V I didn’t adjust the advanced graphics settings at all. They were left at their stock settings. Each benchmark run was timed at 120 seconds, ran three times each, then averaged out to get the final results. The games are as listed. 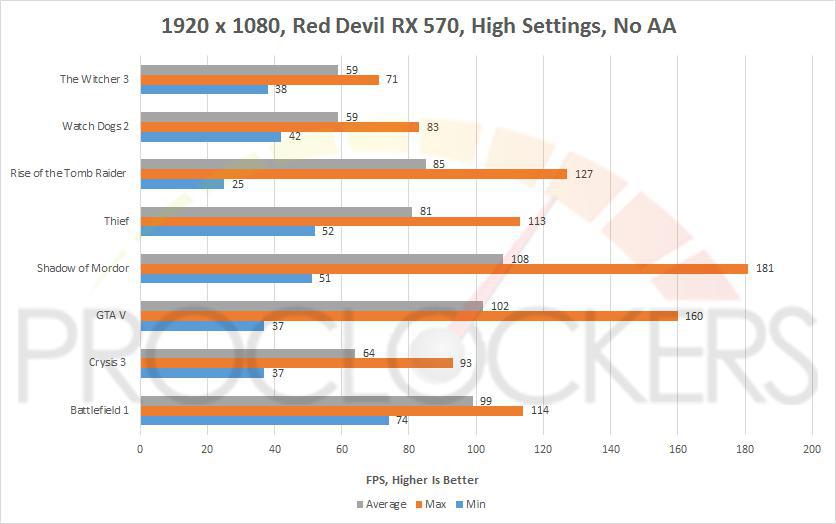 Even though all games did great in 1080p, Shadow of Mordor was the best with an average of 108 FPS. 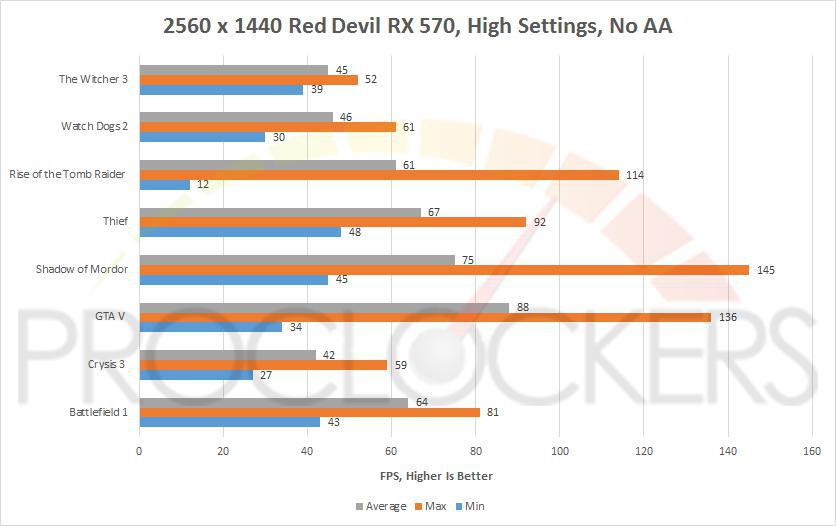 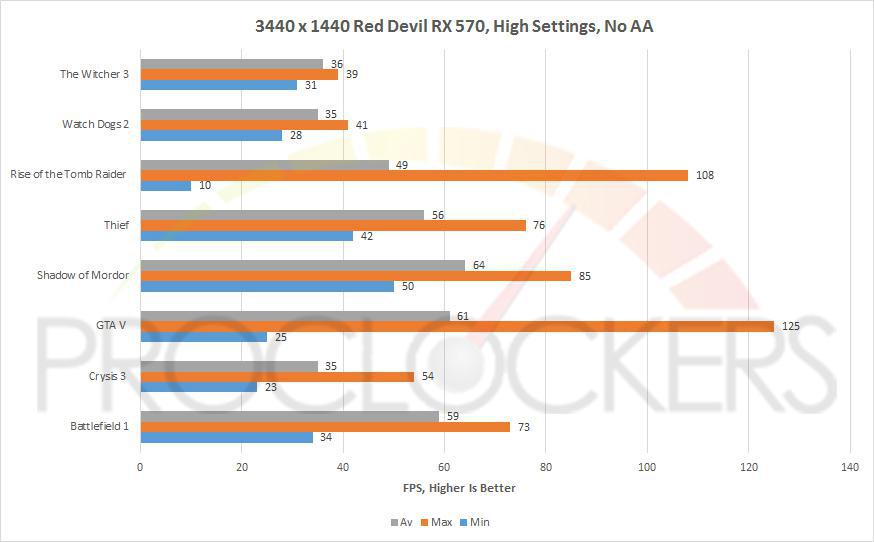