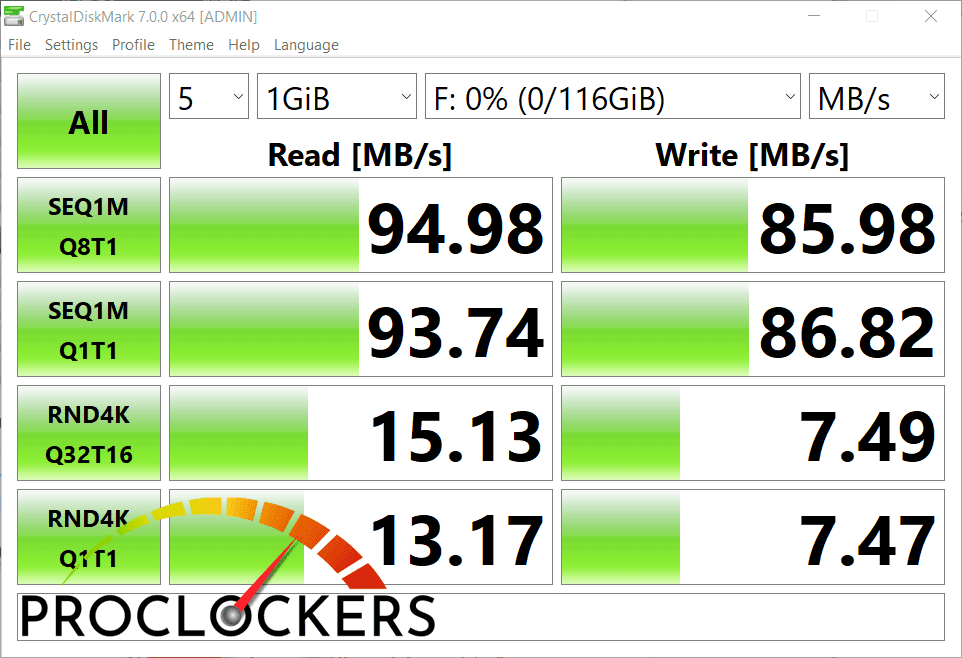 The Kingston Canvas Go Plus 128GB managed 94.98MB/s read, and 85.98MB/s on the SEQ1M Q8T1 test, which simulates 8 sequential operations at once utilizing a single thread. This simulates moving large files such as photos or videos from the card to a PC, saving a burst of photos from your DSLR to the card, or writing a continuous video file to the card.

The Canvas Go Plus 128GB was a bit slower at the random  RND4k Q32T16 test with just 15.13MB/s read and 7.47MB/s write. This test simulates 32 random operations at once across 16 threads. This test indicates the performance during operations such as reading or writing to and from a database, as one might expect if using the SD card with a single-board-computer such as the Raspberry Pi. 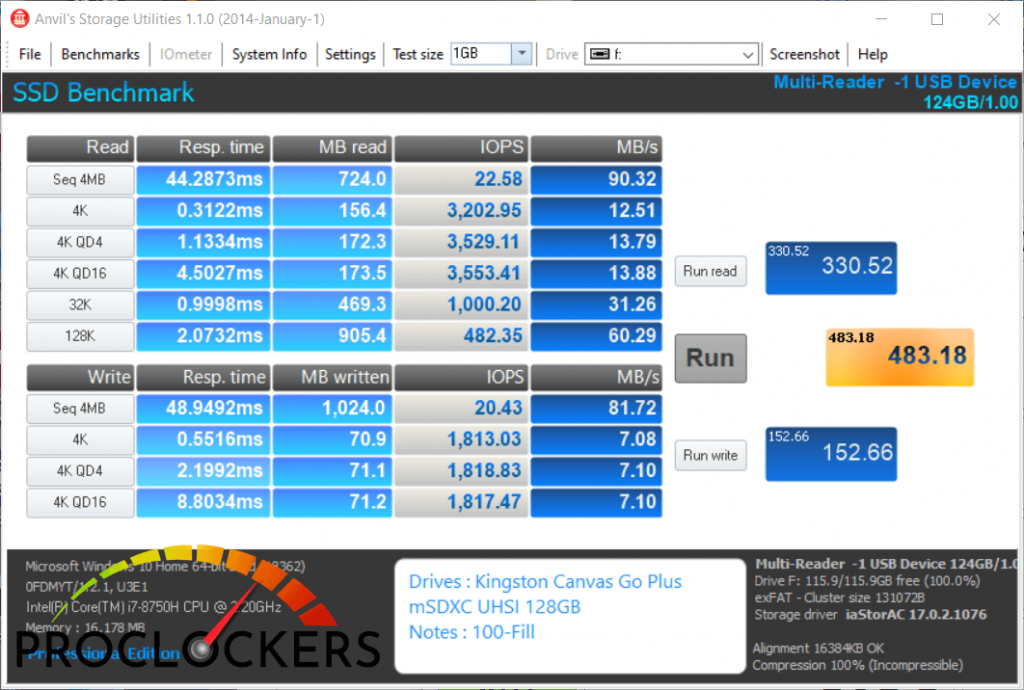 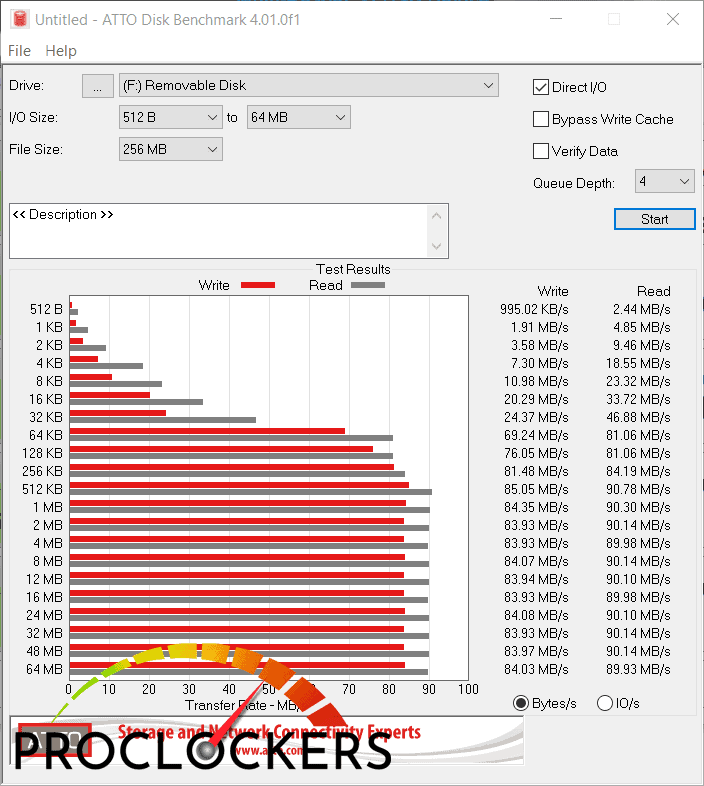 The results from ATTO were within the same range of the previous two tests with 4MB sequential read speeds averaging to 89.98MB/s and write speeds averaged to 83.93MB/s.