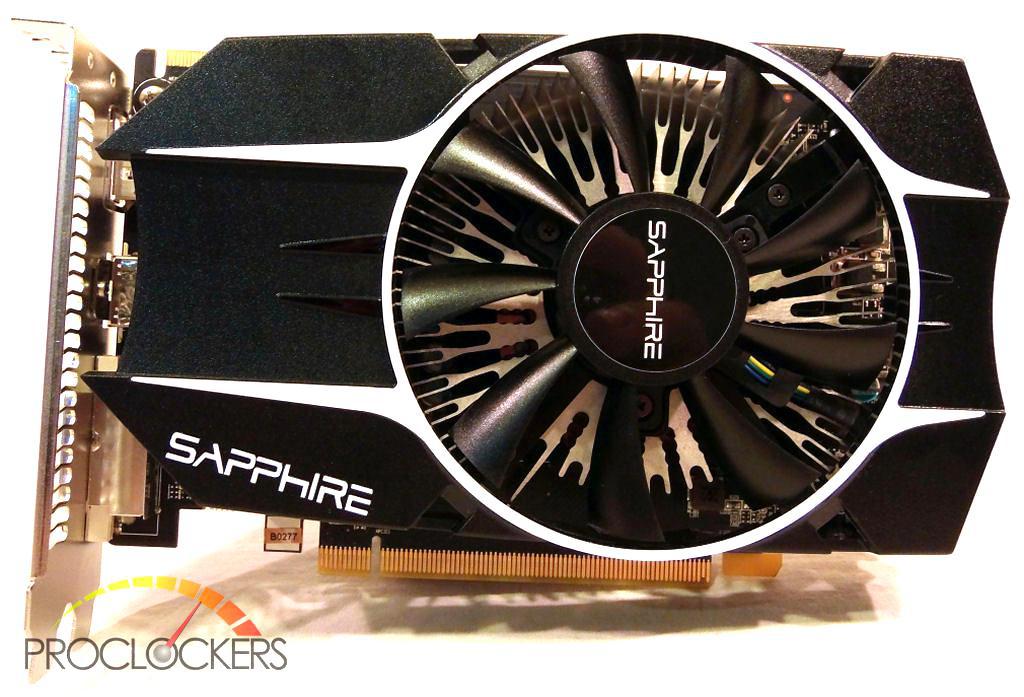 In October 2013, AMD released their follow up to their Radeon HD 7790 that was released the previous April, the Radeon R7 260X. It is built on the 28 nm process and based on the XTX varioution of the Bonaire graphics processor. Unlike the HD 7790 that came before it, the R7 260X commonly features 2Gb of graphics memory. The Bonaire graphics processor also has many features that are only shared with AMD’s Hawaii R9 290(X) and Vesuvius R9 295 flagship models. These include TrueAudio Technology and PowerPlay with ZeroCore Power Technology, to name a couple.

When Sapphire asked if we wanted to review their Radeon R7 260X, we happily agreed. They did however have one stipulation, we needed to use a more budget friendly test system then our usual Intel i7 based test system. This makes quite a bit of sense. Most people who purchase a graphics card in this price range are not installing it in a system with a $300+ processor . We choose a AMD FX-6300 based system. The FX-6300 is a $120 processor that is very popular. This review goes one step further then our typical graphics card review by also including base and overcloking results for the CPU as well.

Equipped with the most popular Dual Link DVI (Digital Visual Interface), this card is able to display ultra high resolutions of up to 2560 x 1600 at 60Hz.

Accelerate the most demanding applications with AMD Stream technology and do more with your PC. AMD Stream Technology allows you to use the teraflops of compute power locked up in your graphics processer on tasks other than traditional graphics such as video encoding, at which the graphics processor is many, many times faster than using the CPU alone.

Triple or Quadruple gaming power with AMD CrossFireX™ Multi-GPU Technology.AMD CrossFireX technology supports up to four graphics cards to be used in a single system.

Enjoy the most immersive experience possible with full support for High Definition Stereoscopic 3D, a technique that presents 2D images (movies, games, photos) in a format that creates the illusion of three-dimensional depth when using compatible 3D displays / glasses / software.

PCI-Express 3.0 delivers double the bandwidth per lane of PCIe Gen 2 for faster GPU (GPU communication-up to 16GB/sec in each direction), maximizing the performance from your GPU when paired with the latest platforms.

The AMD Redeon HD 7900 Series is the first GPU that can simultaneously output multiple and discrete audio streams via HDMI and DisplayPort Output.

The expectations of gamers have never been higher. Graphics quality and processing speed have advanced rapidly, and the games of today are light years ahead of those from just a few years ago. But advancements in game audio have been more sporadic and less widely adopted.

Sound is a critically important part of the immersive experience for gamers and sound engineers are eager to advance their art, but they haven’t enjoyed the same kind of attention that continually drives graphics improvements. Until now.

The tessellation performance on AMD Radeon R7/ R9 series is up to 2X faster than the previous generation, and DirectCompute performance is also faster to accelerate advanced post-processing, filtering, and anti-aliasing techniques. Direct X12 games has never looked this good.

OpenGL 4.3 improves the GPU efficiency by improving the shader process operation and capturing GPU tessellated geometry. The process of modifying an arbitrary subset of compress texture is also simplified. The memory management in handling shaders is more efficient as well.

Properly enabled games will reach new heights of performance by speaking the language of Graphics Core Next architecture.

The AMD Catalyst Control Center™ software application gives you complete control over the performance and visual quality of your SAPPHIRE AMD Radeon™ based graphics card allowing for the best experience on your PC.

Support for copy protected, high bandwidth, 7.1 channel surround sound over HDMI. Get a fully immersive, high definition audio experience with the latest Blu-ray movies. (Requires a DVI to HDMI dongle on some models, an HD capable monitor and a Blu-ray drive)

AMD PowerTune is a breakthrough technology that sets an entirely new direction for maximum performance at TDP. It allows the GPU to be designed with higher engine clock speeds which can be applied on the broad set of applications that have thermal headroom.

TriXX helps users to get the optimum performance from compatible SAPPHIRE graphics cards in any application by allowing them to monitor, tune and save different settings of key parameters for the card.

Watch the hottest Blu-ray movies or other HD content at full 1080p (and beyond !) display resolution. Enjoy a feature rich video experience with enhanced Unified Video Decoder 3 (UVD 3), offloading the bulk of the video decoding tasks from the CPU to the GPU allowing for a cooler, quieter and more balanced system.

Take advantage of improved picture and media editing capabilities in Office 2010 as well as edit and share your content in real time. See more, and get more done. Enhanced productivity with accelerated GPU processing for Office applications.

AMD PowerPlay is a power management technology in response to the GPU loading, AMD PowerPlay automatically manages the power consumption.

AMD ZeroCore Power technology allows your AMD Radeon™ GPU to consume virtually no power when in idle state5. When used with AMD CrossFire™ technology, it shuts down additional GPUs when they’re not in use.

AMD HD Media Accelerator has been designed to help optimize and dramatically improve video playback on your computer by taking advantage of hardware video acceleration from your AMD Radeon GPU. With full 3D stereoscopic decode you can enjoy it all in 3D. AMD HD Media Accelerator speeds up the decode of one 1080p and one 1080i HD video streams simultaneously by hardware, and the new hardware encodes/transcoder processes your media content faster than ever!

The display resolution on AMD Radeon HD7000 series is quadrupled to the resolution of 4KX2K( 4096X2160 ) from the outputs of DisplayPort 1.2 and HDMI.

Doubt on Comparing it to an HD 7870
Hi, right now I have a couple of doubts. I’ve had an HD 7870 for a year and 8 months now and well its not working as it used to anymore. I know that the 7870 is somewhat equivalent to an R9 270. However, right now I do not have the money to buy it. Should I buy this one?

Oh man! Love that you areOh man! Love that you are using the FX-6300 while both stock and OC on CPU/GPU! Would love to see this same set up run a 750Ti identically. It’s really great to see a review where it’s not some OC’d i7 “enthusiast machine”, but a true entry-mainstream build where folks are looking at purchasing $120-170 discrete graphics. Also like that you provide Mantle and Dx11 numbers, it seem a lot of reviewers if they do Mantle just shrug-off the Dx11 runs. I really think what your providing from this a entry-mainstream test bed is positive… Read more »

VBIOS
do you have the VBIOS for this card? can you make one