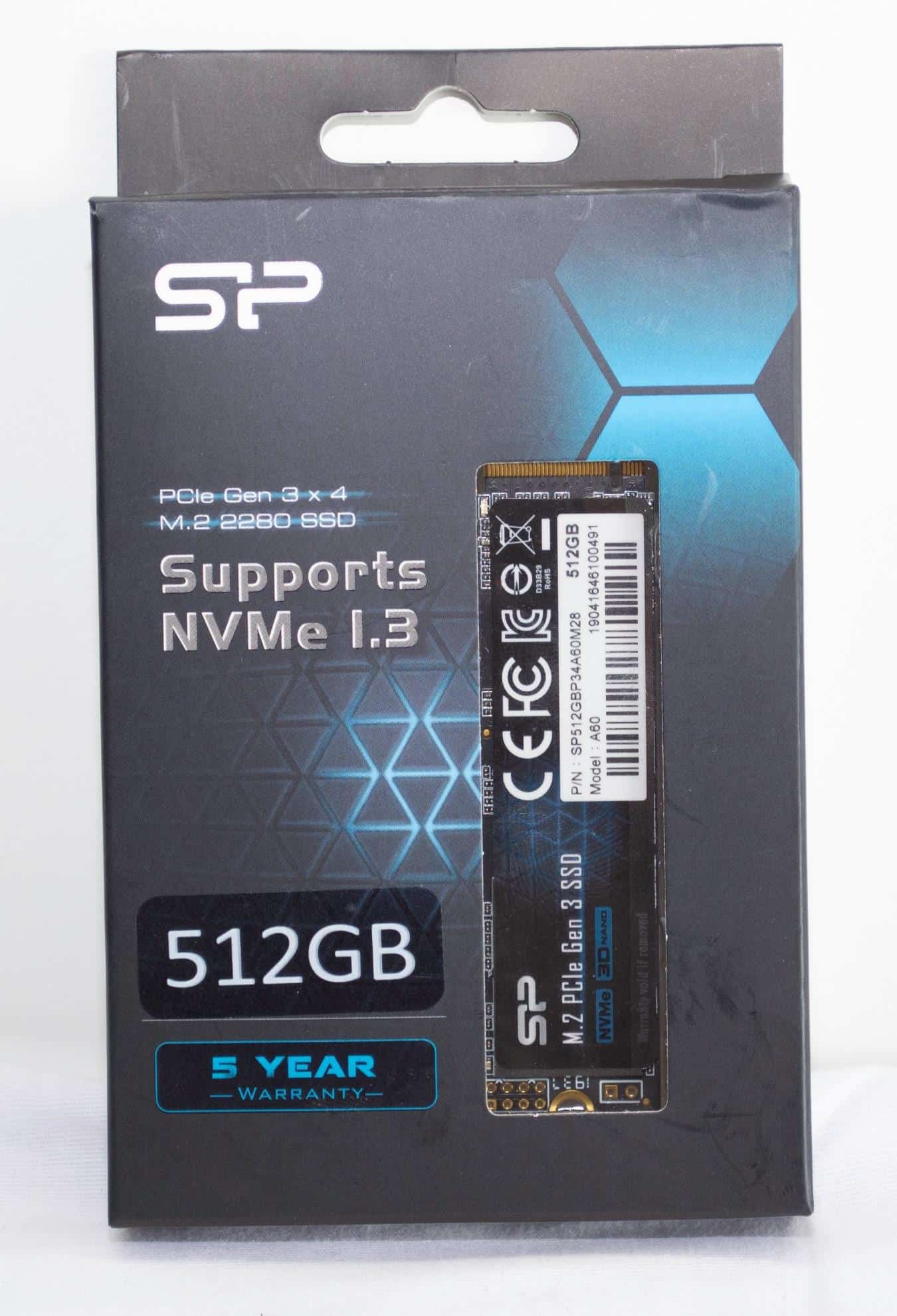 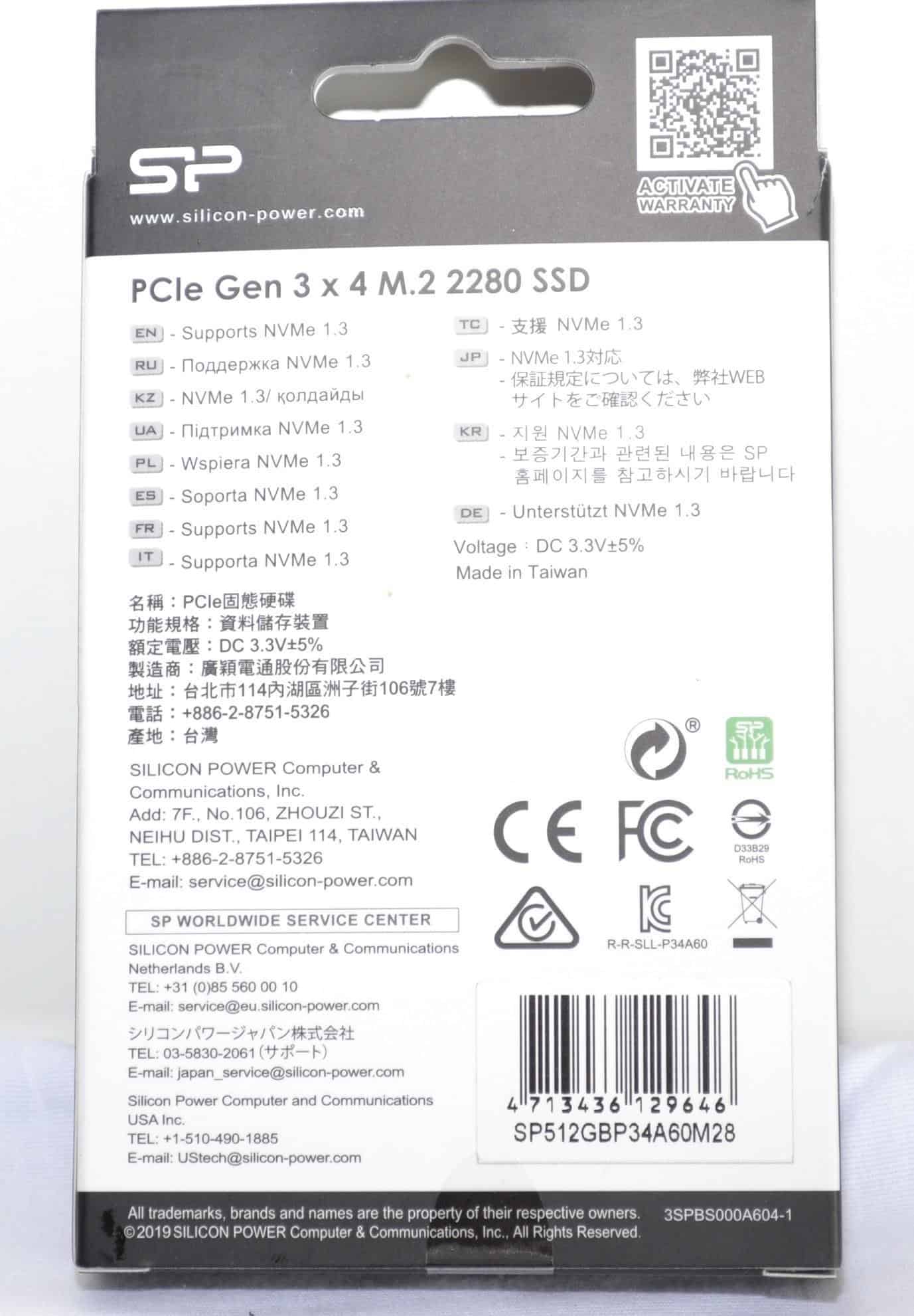 Budget gaming can be tough for newcomers to the PC world. When it comes to storage, there are no shortage of choices and even those choices branch into how you’ll use the drive. Do you get the legacy disk drives that support the highest amounts of storage, but lead to slow boot times? An SSD would help those boot times out, but we’re in a more modern era. With PCIe 3.0 NVMe M.2s, boot times feel like milliseconds and now companies like Silicon Power have introduced their M.2 SSD into the mix. 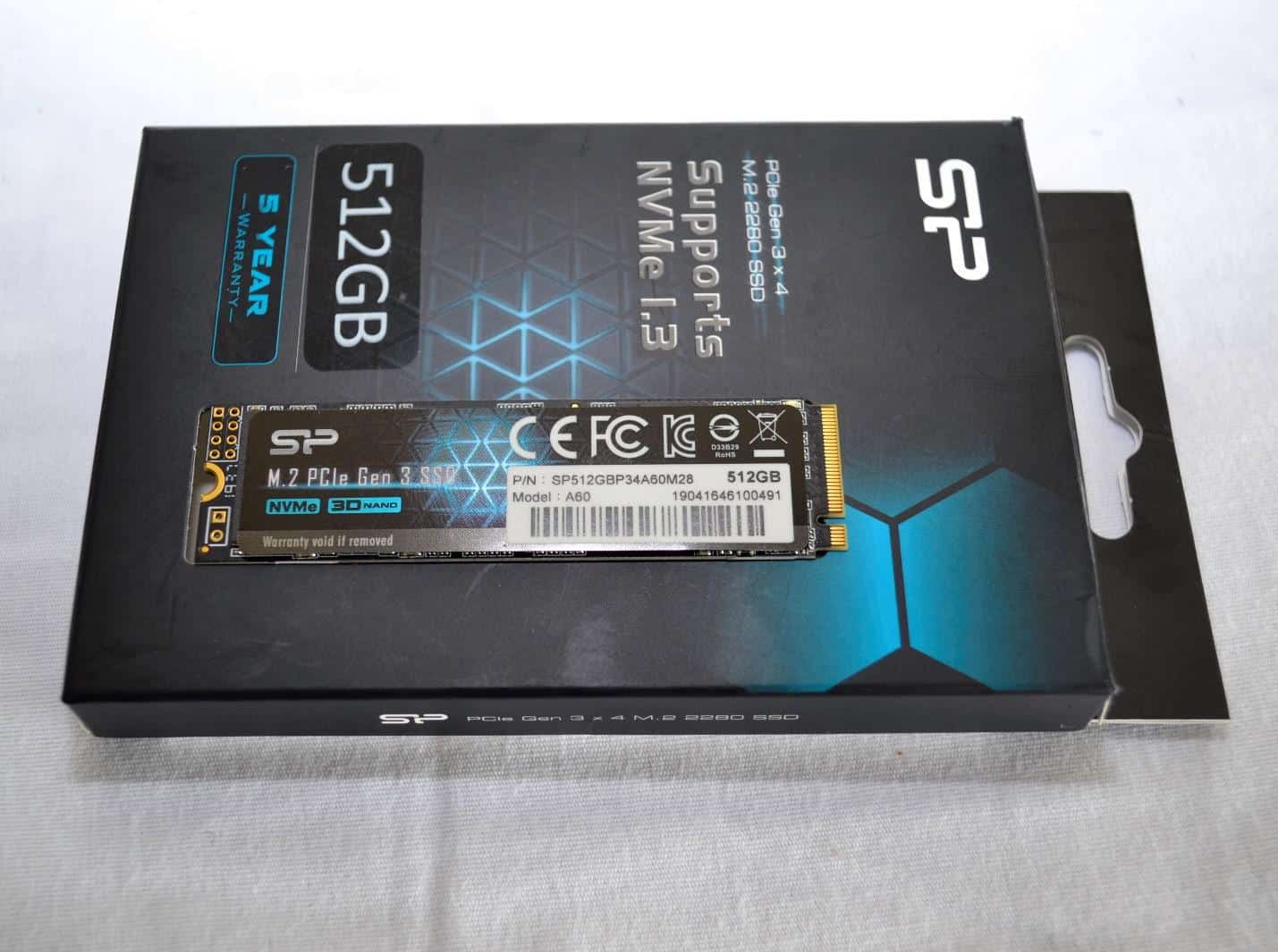 The P34A80 PCIe M.2 supports 3DNand, and NVMe 1.3 and comes in 2280 (22mm wide and 80 mm long), 3DNand in simple terms, is a flash memory stacking process used to save space and cost, while still achieving high capacity. NVMe 1.3 is a logical device interface for how to access that 3DNand Memory using low latency, so your speeds are in the GB/s for read and writes. 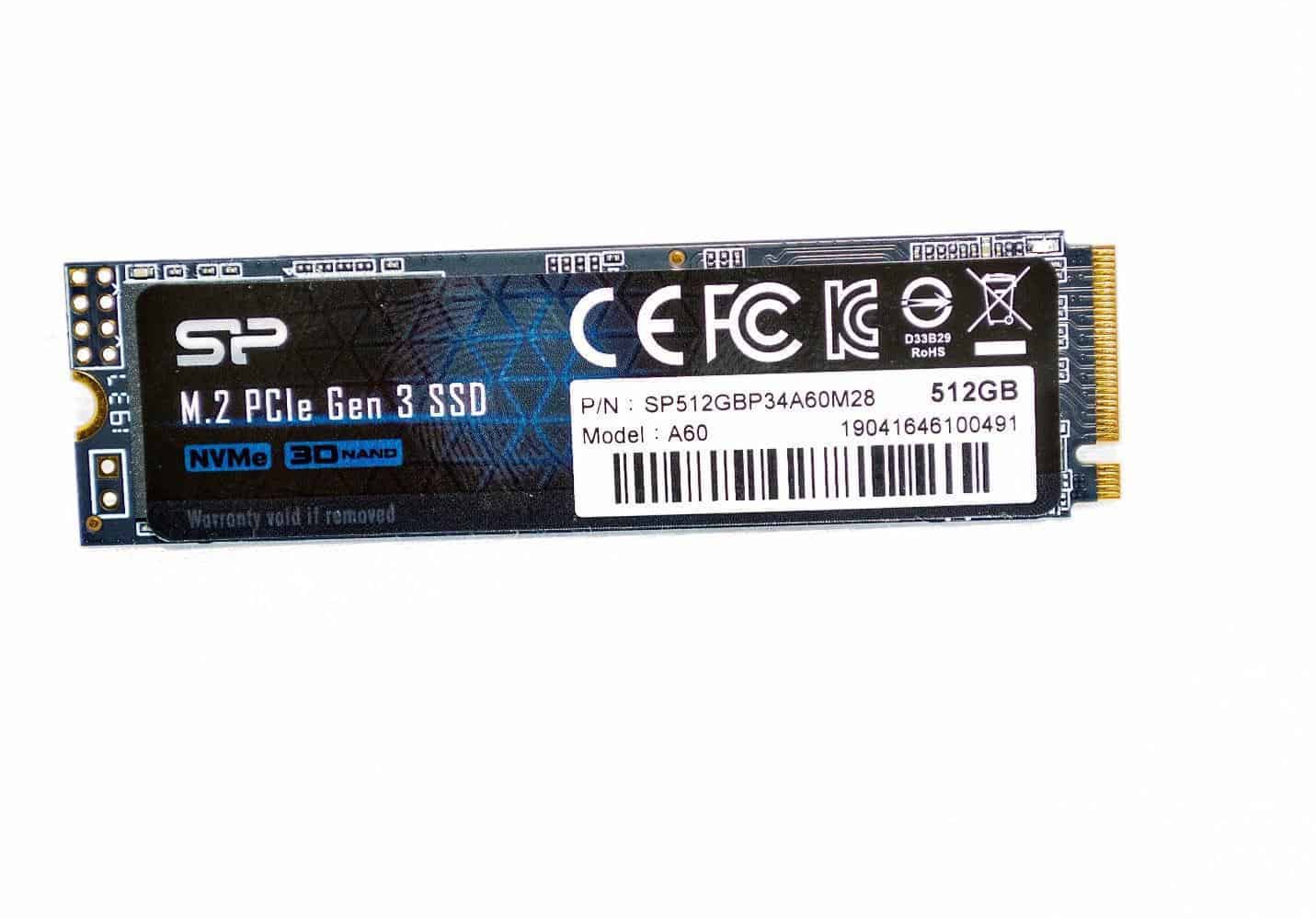 The beautiful 3D NAND TLC Memory, TLC or Triple-level cell uses fewer bits compared to QLC or quad-level cell. This still yields high performance, as TLC can withstand a higher number of program/erase cycles before the cells start wearing out. Think of it as the middle ground performance in everyday computing. 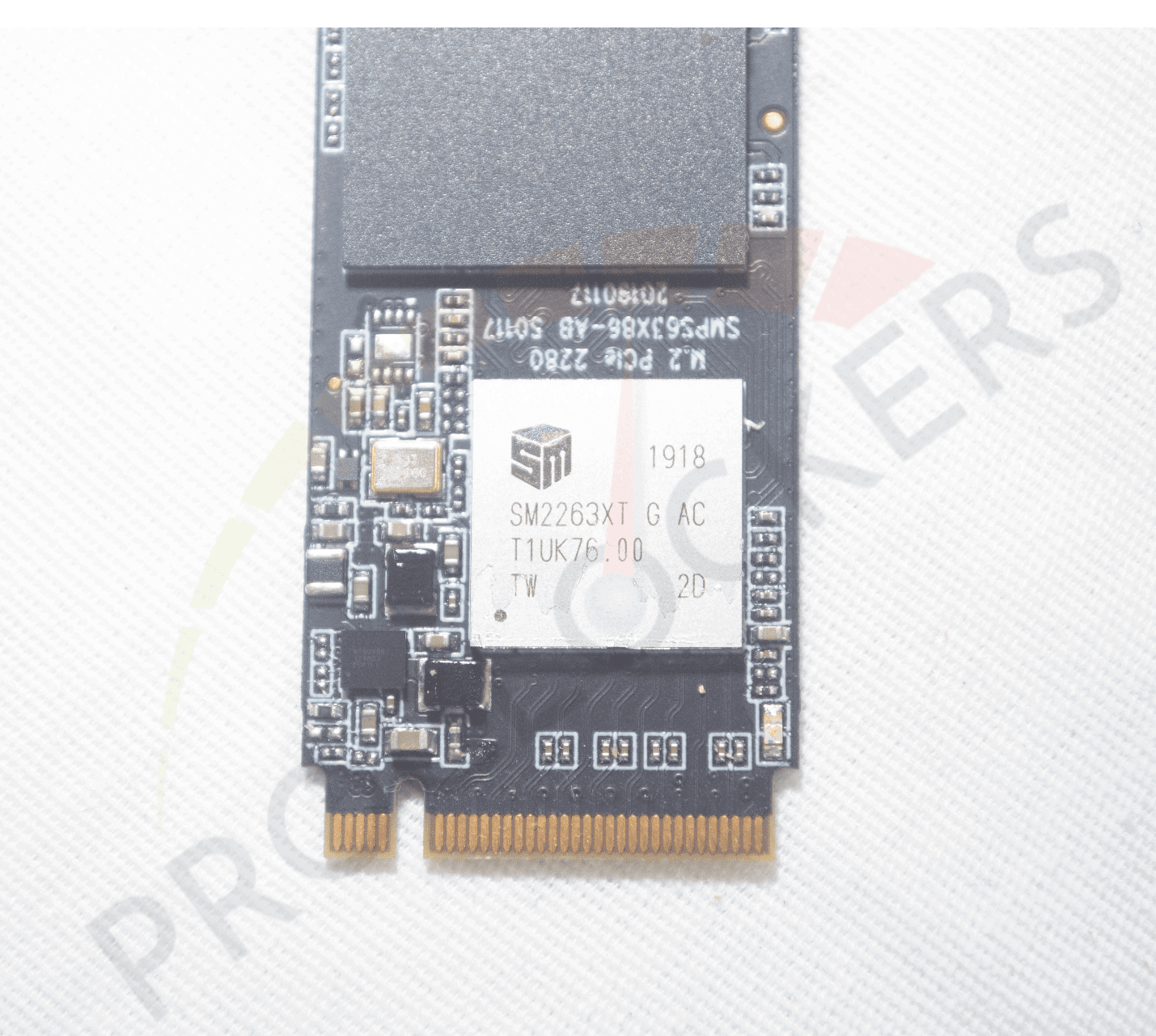 The SiliconMotion SM2263XT controls the flow of information between PCIe to motherboard. They are 4-channel high-performance PCIe Gen3 x4 SSD controllers. This specific controller is made for cost-effective, small for factor and low power SSDs. The SM2263XT’s DRAM-less design reduces cost and also slightly hinders performance. This has been a increasingly big trend for budget SSDs, as the performance suffered wouldn’t be noticeable to an indie gamer or an office user.

Supporting NVMe 1.3 which came out in 2017, this brought significant features to the protocol. One of these features is the ability for the host machine to tell the drive to start a self-test without having to mount the volume. This self-test is similar to SMART, in which it allows you to determine data integrity and potential hardware failures.

The new protocol also adds support for boot partitions that won’t be stored in the UEFI firmware. In addition, drives will also have two boot partitions to reduce the risk of failure during a corrupt firmware upgrade. According to specs, this feature won’t be useful to user-upgradable drives, but is a feature that will help cut costs on embedded systems SSDs like NVMe BGA for high performance storage.

Another interesting feature I’ve found is a Sanitize feature, which is used as a secure way of erasing data, as it cleans the data from the main NAND flash memory chips and also the controller memory buffer and the drives carious caches.

At the max performance of the SM2263XT controller we can expect around 2,400MB/s Sequential Reads and 1,700MB/s Sequential Writes. Depending on which Tier memory SSD you have (from 256GB to 2 TB), you could experience higher or lower speeds. Higher speeds on the 1Tb drives are typically experienced.