The test system we are using to benchmark our 2 x 8GB Vulcan TUF Gaming Alliance memory is:

Installing the Vulcan TUF DDR4 is just like installing any other ram module. Also since they are only 32mm tall, you should have no clearance issues with aftermarket coolers such as Cooler Master’s Hyper 212 Evo or be quiet’s Dark Rock Pro 4. 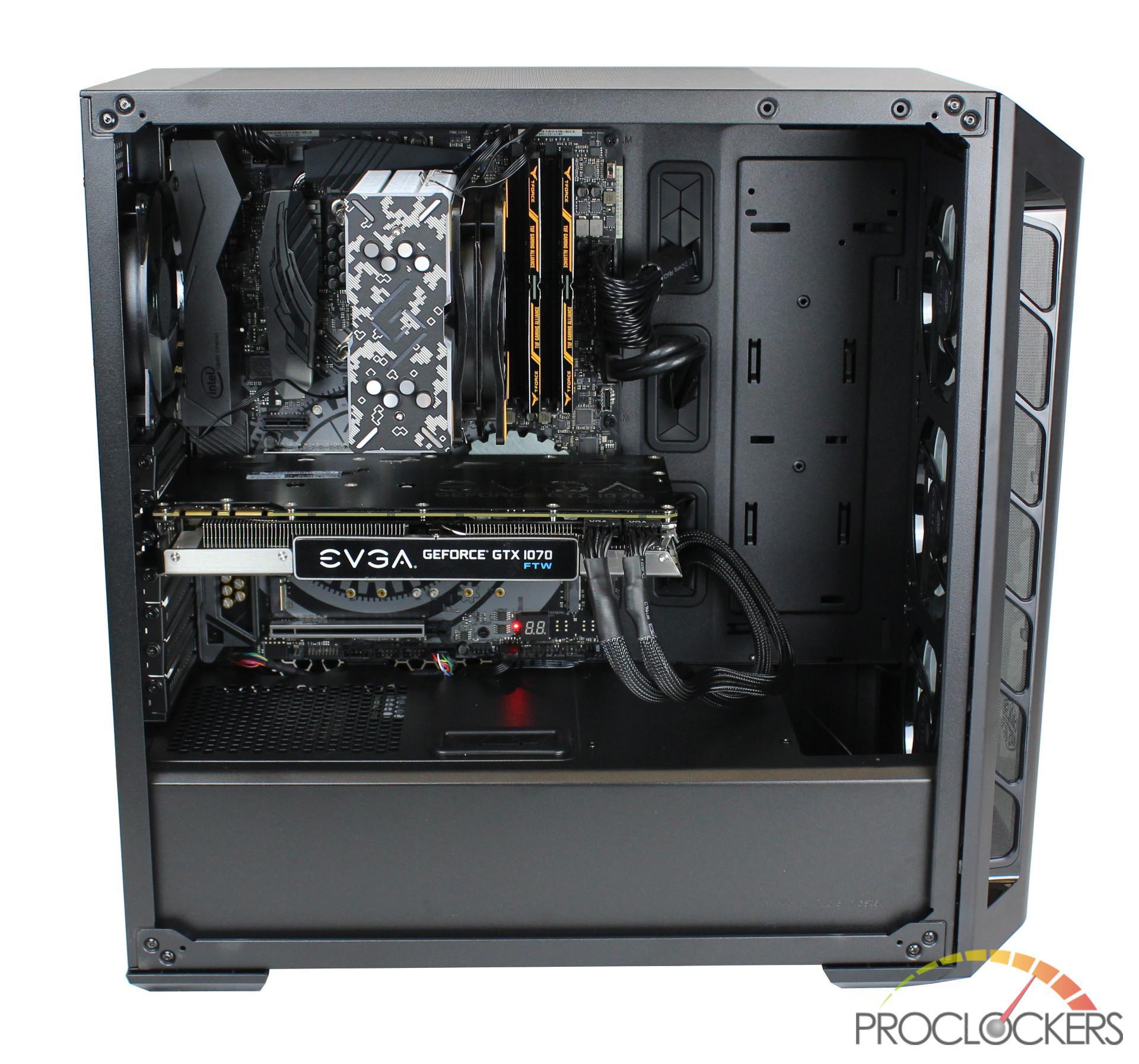 We paired the Vulcan TUFs with the DeepCool GAMMAXX GT CPU cooler to go with the TUF theme. 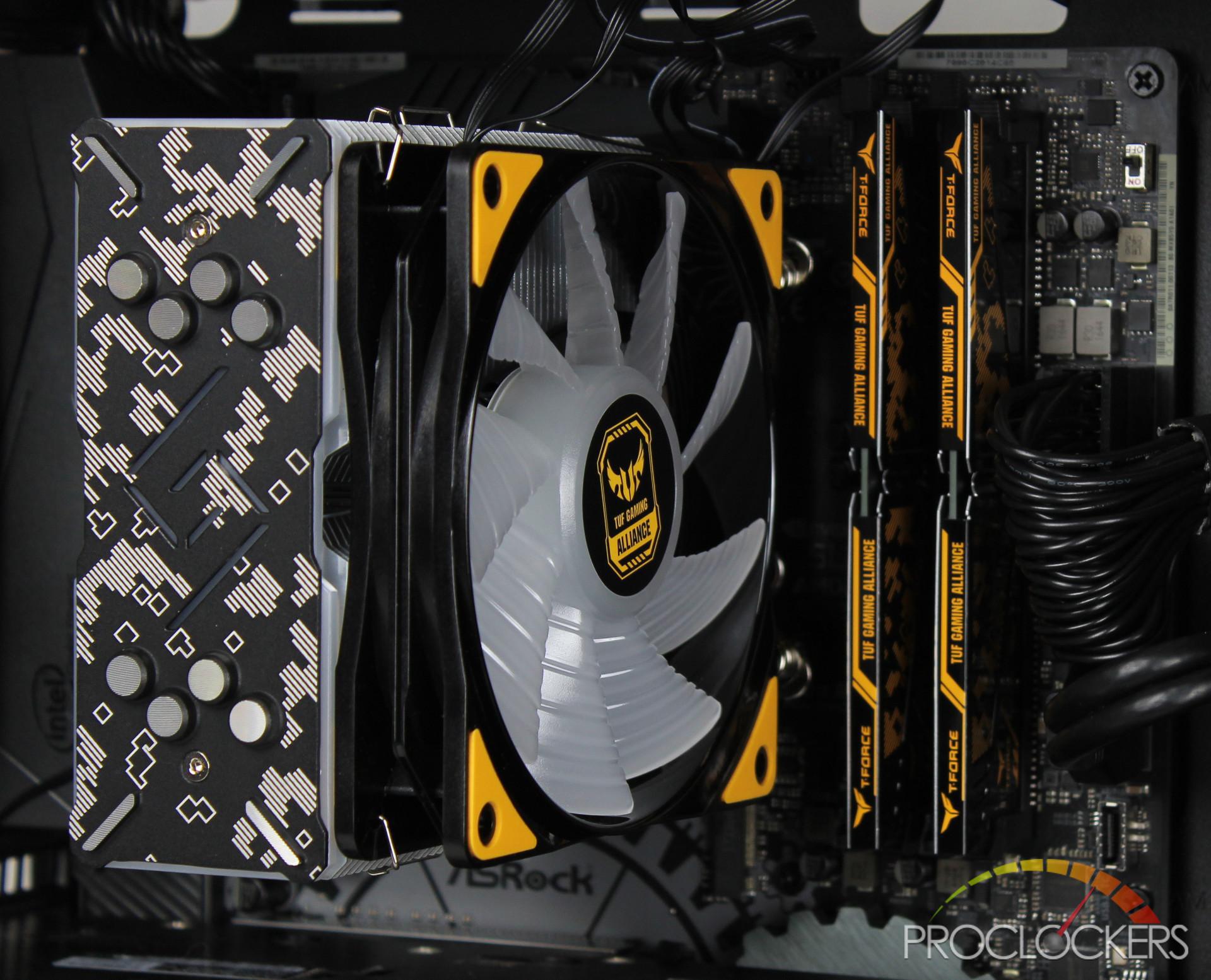 For testing, we benchmarked with the following pieces of software:

“This form allows you to measure the performance of your computer. The benchmark shows a rating of MIPS (million instructions per second). The rating value is calculated from the measured speed, and it is normalized with results of Intel Core 2 CPU with multi-threading option switched off. So if you have modern CPU from Intel or AMD, rating values in single-thread mode must be close to real CPU frequency. There are two tests: compression with LZMA method and decompression with LZMA method. Once the total passes reach 100, the score is taken.” 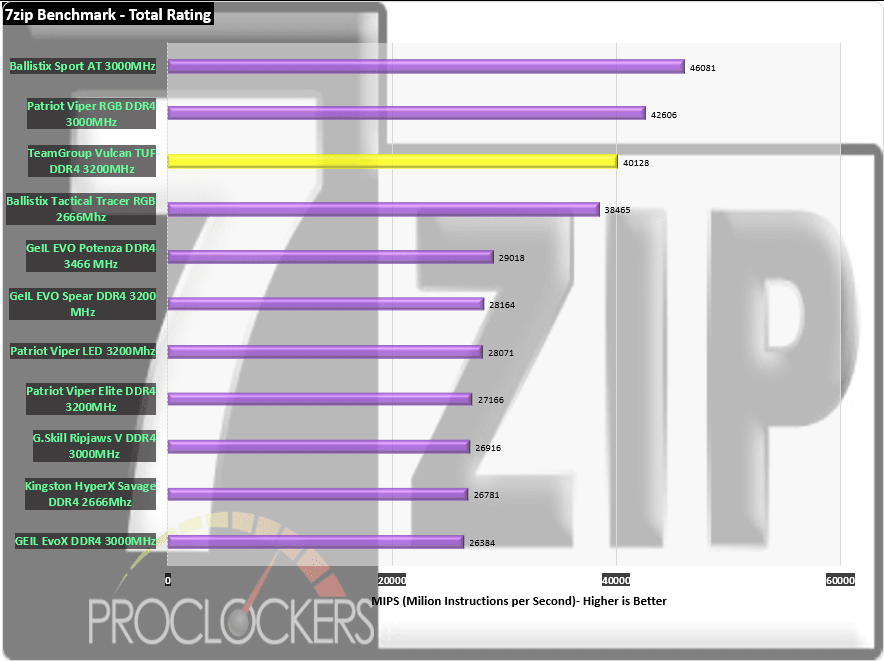 In our 7-zip benchmark the Vulcan TUFs did great with a MIPS total of 40128 making it into the top 3 of ram we have tested.

“AIDA64 Engineer has a hardware detection engine unrivaled in its class. It provides detailed information about installed software and offers diagnostic functions and support for overclocking. As it is monitoring sensors in real time, it can gather accurate voltage, temperature and fan speed readings, while its diagnostic functions help detect and prevent hardware issues. It also offers a couple of benchmarks for measuring the performance of individual hardware components or the whole system. It is compatible with all 32-bit and 64-bit Windows editions, including Windows 10 and Windows Server 2016.” 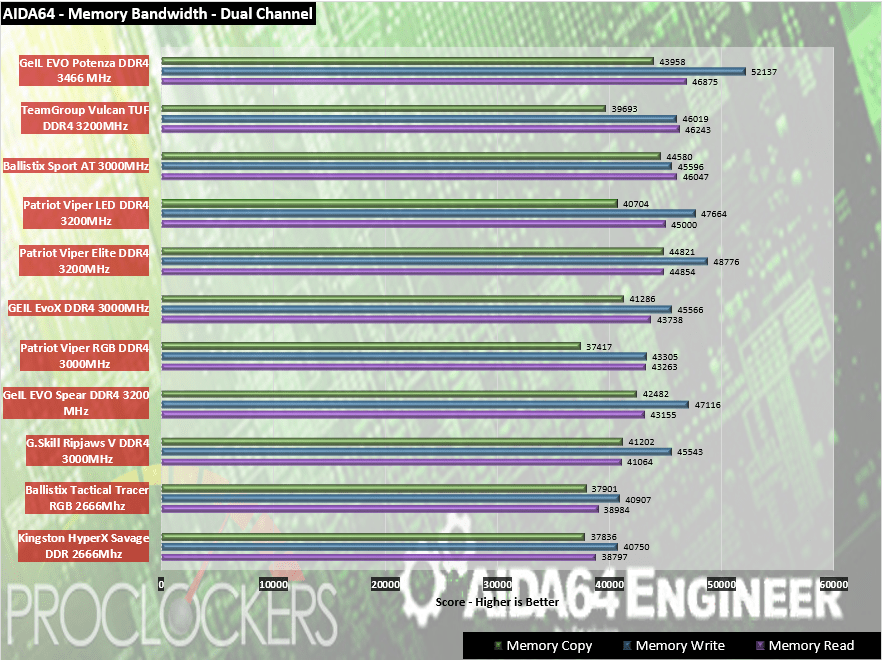 Memory bandwidth is highly tied to speed and we can see the Vulcan TUF ram is sitting with the other 3200MHz modules. 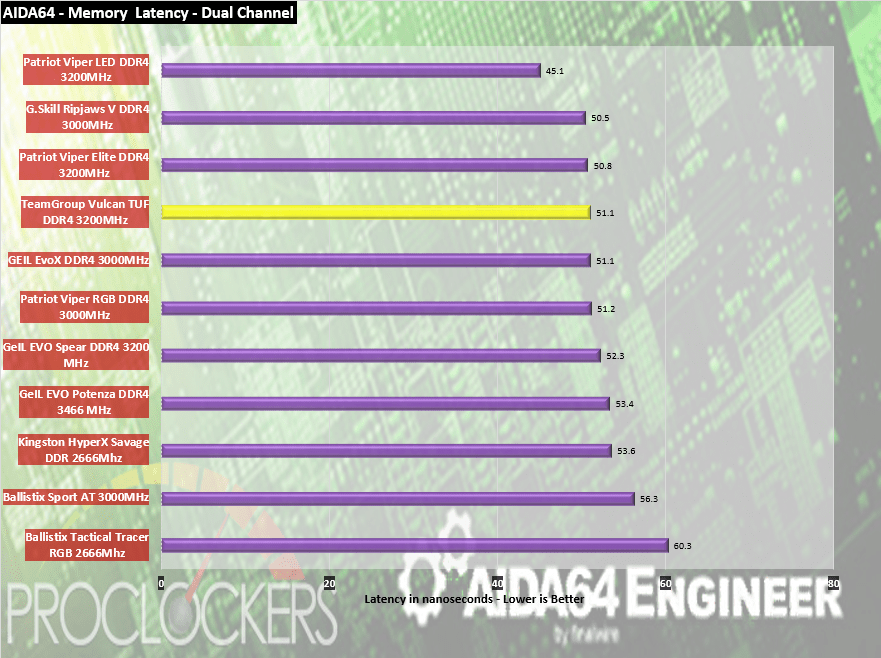 TeamGroup’s Vulcan TUF ram scores an impressive latency score of 51.1ns, putting it in our top 4. 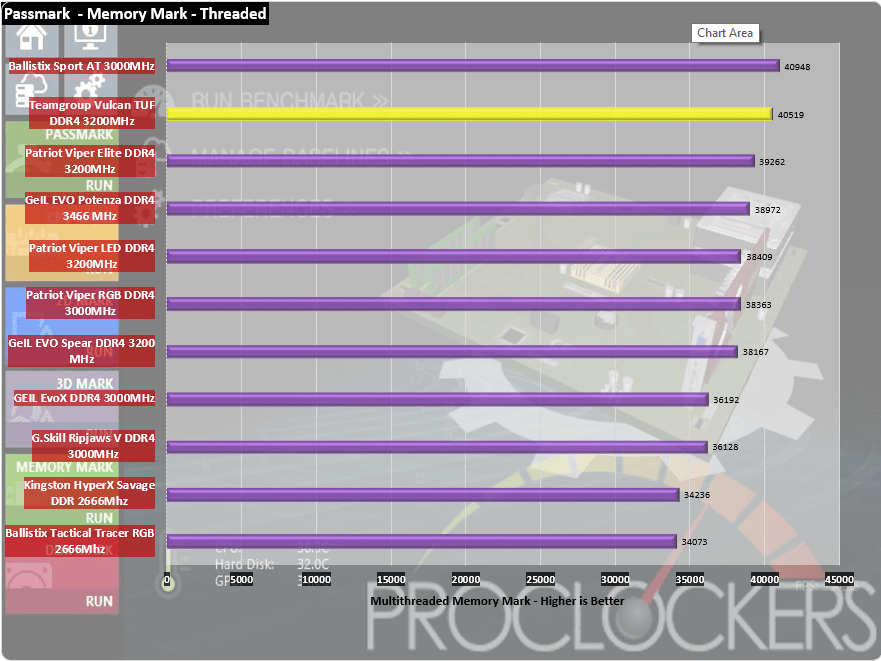 In the Passmark benchmark the Vulcan TUF Gaming Memory does extremely well capturing 2nd place with a score of 40519. 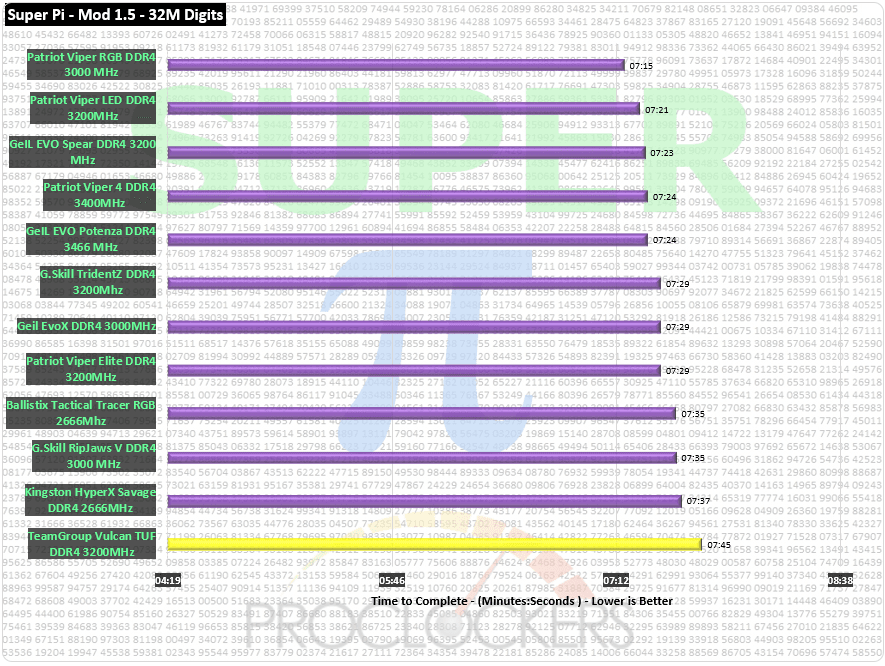 Though the Vulcan TUF come up last in our Super Pi test but still has a decent time for 7:45.