About the Tecware Vega L 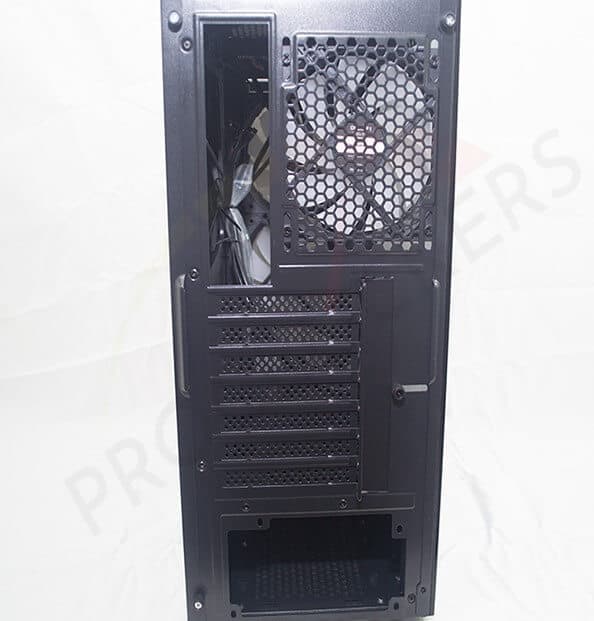 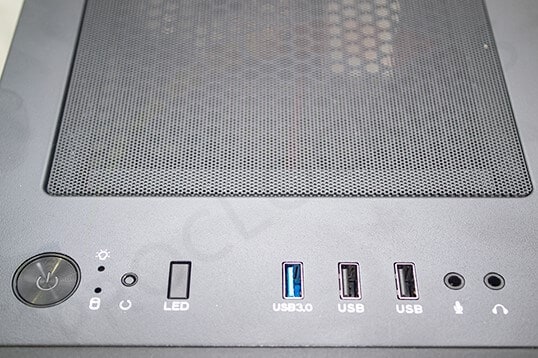 You’ll notice everything seems in place, until you see the PSU Clearance.

150mm or 250mm with no HDD cage! So, this means if you have a beefy ATX power supply, you better have your storage in m.2 format because then it becomes extremely annoying figuring out how to mount an SSD or a huge HDD. Personally, I just threw my SSD down where the HDD cage was and called it a day. Even with a modular PSU I couldn’t get the cage to fit in. This may come as an annoyance to those that haven’t upgraded to M.2 or have a large PSU.

The Vega-L comes with a bottom vent to help pull air in from the bottom which will greatly increase lifespan. Not using this bottom vent will cause your PSU to blow the hot air to the upper case. If you happen to have open “heat blower” like the Aorus Xtreme 2080ti, it would cause your PSU to choke on hot air. 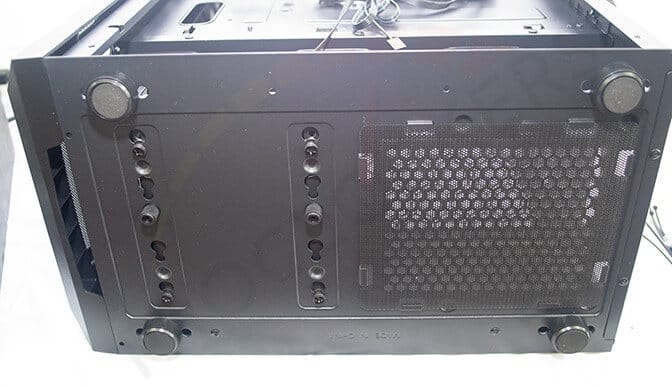 One thing that made me question this case was the PCIe Expansion slot “Covers” which are more or less perforated so you bend them out. I did everything I could to not bend them out in hopes that I missed a magical step with releasing the covers, but in the end, bending them out seemed to be the only option. There is a brace that can only be thought to help keep PCIe devices in place, but upon further inspection the provided screws don’t fit, which resulted in having to use my own personal screws to make sure my “1-ton” graphic card stays in place. 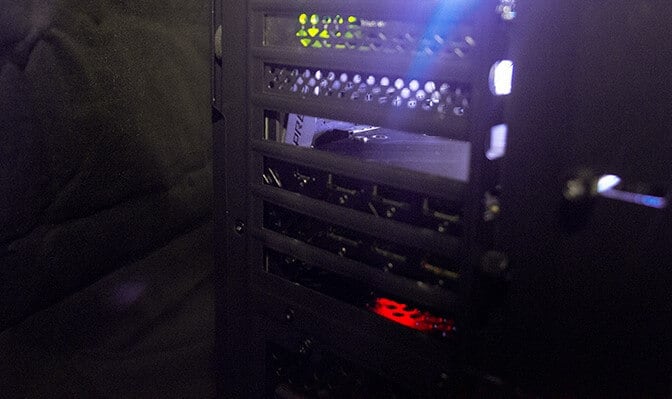 Cable Management was overall not much of a headache, the Vega-L wire holes are in perfect positions around your board, which means you’re able to create clean lines and hidden routes. 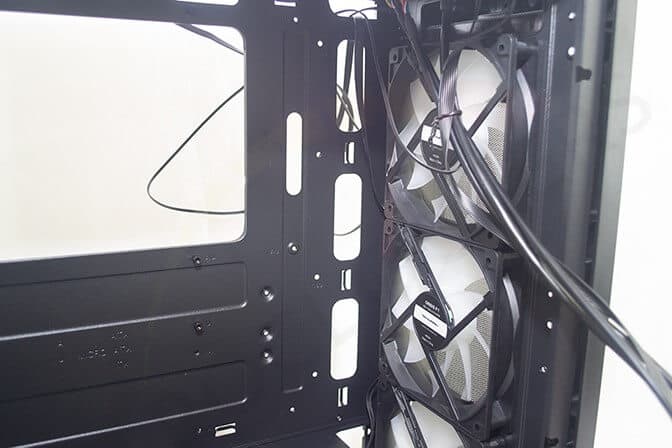 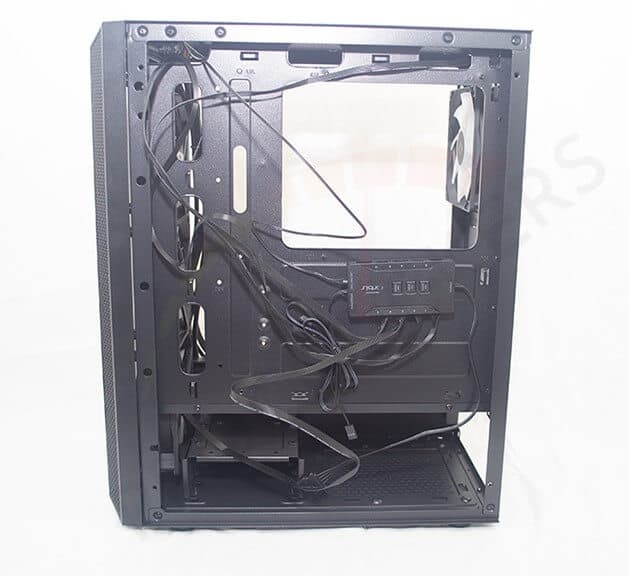 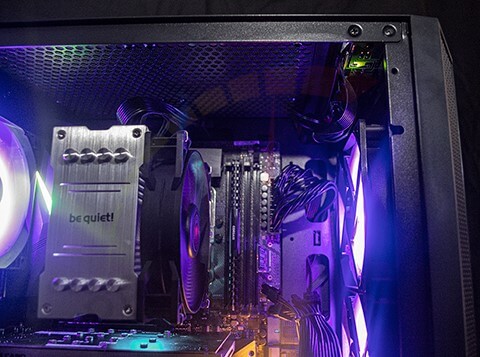 Installing everything was simple and pretty much tool-free (however, a screw driver and pliers will come in handy). The hardest install was the GPU, as my GPU is extremely long and almost touches the front base fan. I had less than half an inch between fan and GPU. I imagine something like the 3090 might have a hard time fitting in without some vertical support modding. 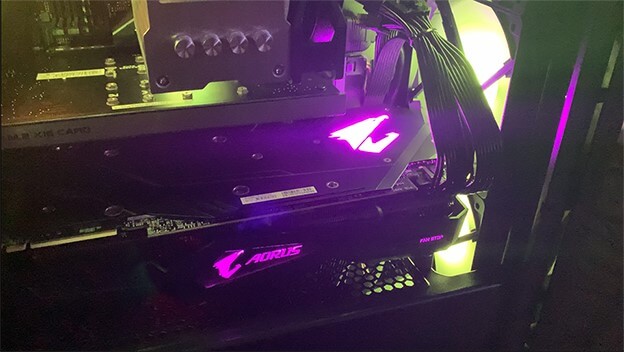 The Vega L from Tecware, features 4 Addressable Orbis F1 RGB Fans along with a built-in controller hub. These RGB fans are fantastic, and I always enjoy the remote-controlled aspect that comes with fans like these. Able to sync with all the major board makers, like Asus, Gigabyte, ASRock, and MSI something usually reserved for the more expensive brands so its really awesome Tecware was able to implement in with their cost. I counted 57 different color modes available via remote, adding to the additional RGB software your motherboard comes with, that adds up to unlimited possibilities! No matter your mood or mode, there is a cool RGB effect for it. Stary night, which is one of the coolest modes, stays within the Red color range, which seems to be a pattern in these types of controllers. I like to keep mine on a solid color “breathing” during work sessions and switch it to a more two-tone effect during gaming sessions. 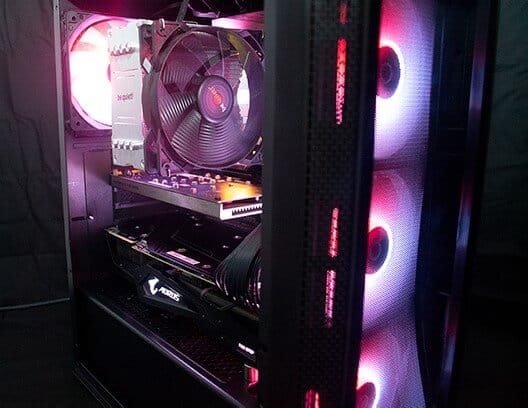 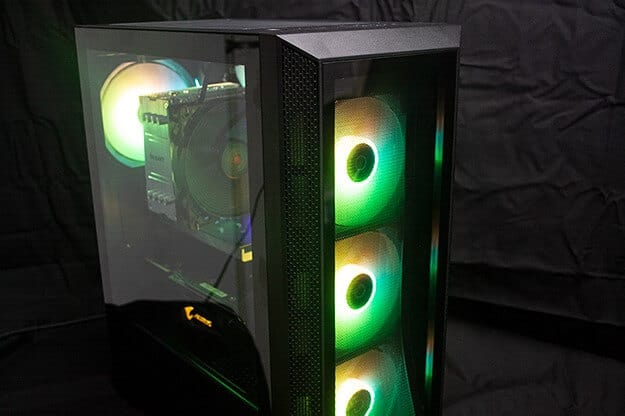 And thanks to those 4 fans, a positive air pressure is created inside the case allowing air to flow unrestricted through the back and tops. We couldn’t get a specific number but seems the fans run around 1600-2000 rpm. With being able to be manually controlled via remote or your own fan control software like Asus AIsuite. If you’re truly a “mad man” you can control the fans and LEDs via the hub on the back side of the case, but I doubt anyone is going to go through that way. Let us know if you do though. We have questions! 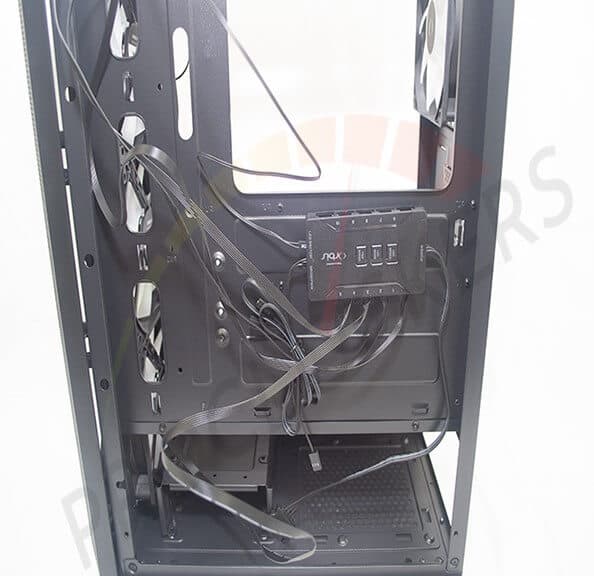 The hub is powered via SATA, hopefully helping clear up the little cable room you do have in the lower housing. A down side to this hub is the fans are 6 pins, which means these fans are special to this case and Tecware making upgrading fans a bit of an all or nothing affair. If you can find more Orbis F1 fans, there are 10 slots altogether. Though, it doesn’t seem you can fit 10 fans into this case without some heavy modding.  Look out for that video in the future! (We’re totally serious). 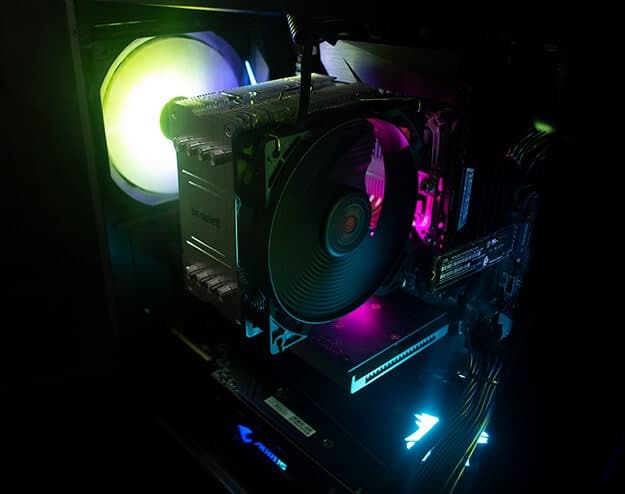