In a lengthy Instructables post by user ghmk, we saw how he was able to build a powerful and silent system. Being a PC game developer, he needed great cooling, so he used an old aluminum server case, to which he added four car radiator units, each housing 8 silent fans. 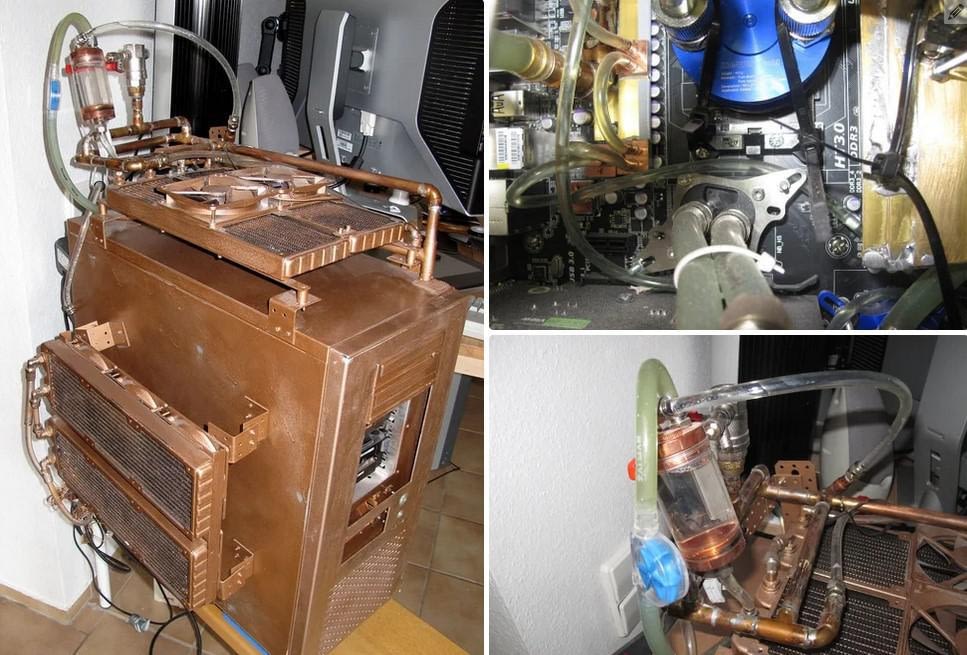 He used 14 liters of water to keep his PC quiet and at a stable 25 degrees Celsius. It’s weird, but add some steampunk accents to it and you have a piece of art as well!

Talking about art, the next guy mounted his entire PC on the wall and it looks amazing.