2016 may not have been the best year when it comes to gaming, but still, plenty of resounding names saw their debut in that year. We can remember Mafia 3, Watch Dogs 2, Forza Horizon 3, Dark Souls III, Overwatch, and many more. Therefore, you need some powerful hardware on your computer (at least for 2016) to run such games, and we’re glad to offer some help. Checking out these laptops is also a great way to get a computer that’s still capable of running most new games at mid-level settings but at a lower price tag.

Luckily for those who began their journey as gamers in the year when Donald Trump was elected as president of the United States, plenty of powerful laptops for their time were released. It’s not necessary to be a gamer to like the laptops that we’ll be proposing in this article. A gaming laptop also means a computer suitable for tasks like video editing, programming for apps and games, and more. Of course, such gear won’t be cheap at all, but it may still be worth the money even for a computer released 4 years ago. Therefore, you should consider these top 6 gaming laptops from 2016:

What is the best gaming laptop from 2016?

The best gaming laptop from 2016 is the ASUS ROG G752VT. The power speaks for itself. 24GB of ram, 256 GB SSD (plus a 1 TB of normal hard drive storage, a powerful GPU and a beautiful design, makes this computer objectively desirable even today in 2021.

More information on this laptop further down in this list. 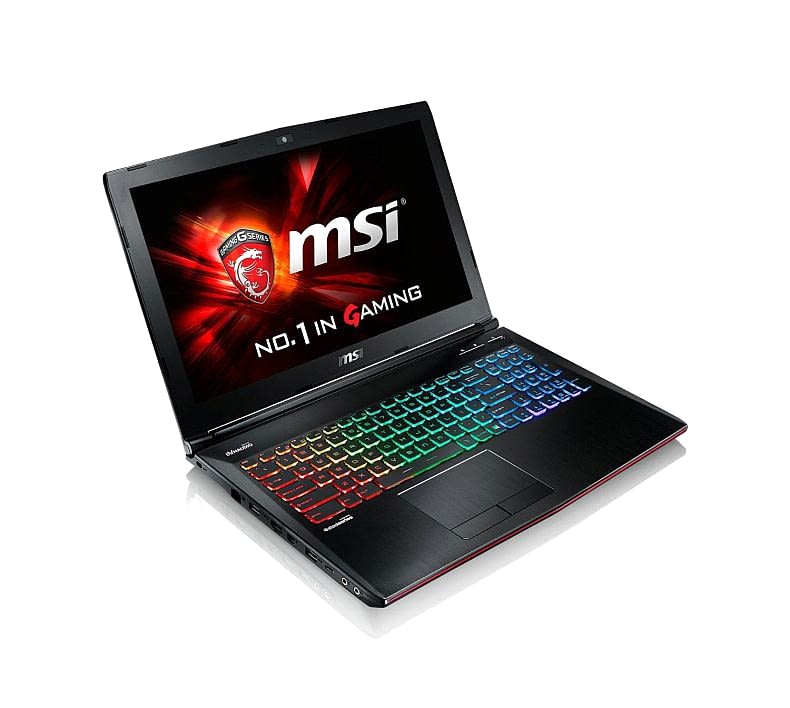 You just cannot remain unmoved by the specs of this beauty, as they grant outstanding gaming performance. Besides the powerful hardware, the RGB LED keys built by SteelSeries improves your gaming with GE62 Apache Pro even more if you’re the kind of gamer that loves playing its favorite titles during the night. The laptop also features basic ports like HDMI, USB 2.0, USB 3.0, and USB 3.1.

The processor, RAM, and graphics card are arguably the most important aspects when it comes to gaming, and the GE62 Apache Pro model built by MSI qualifies very well. Furthermore, the gadget has enough space on the hard disk where you can store plenty of high-end games from 2016.

Just like pretty much any other decent gaming laptop, this gear created by Alienware also features backlit keys. If you want to trick your parents that you’re sleeping when the lights from your room are off, but instead you want to play Mafia 3, for instance, the Alienware AW17R3 laptop will grant your wish.

The lack of an optical drive could be a problem for many, we must admit. But even for 2016, there are lots of games that you can play without inserting a physical disc. Besides, you could consider buying the laptop if you want a powerful graphics card and a processor that will make a lot of games to run smoothly. Not to mention that the 17.3-inch Ultra HD screen is meant to showcase crisp and very clear picture quality.

As you probably had already noticed, it’s time to raise the stakes a bit with this laptop from ASUS. More RAM automatically means a much more imposing powerhouse, and the ROG G752VT from ASUS follows the recipe very faithfully. The Republic of Gamers (ROG) line of laptops from ASUS also follows the tradition of offering powerful hardware dedicated for gaming. The users of this laptop can enjoy the 1TB+256GB SSD storage as perhaps the main highlight.

ASUS doesn’t really need any presentation, however, and we believe that getting your hands on the ASUS ROG G752VT laptop is a good idea even in 2020.

This laptop from Lenovo isn’t really the kind of device that you would take with you on a lonely island, but it does the job at a decent level when it comes to gaming and not only. The graphics card support a maximum memory of 4GB, which is more than enough for running most of the mid-level games released until 2016. Also, the Intel Core i7 6700HQ processor grants enough power for such kind of purposes.

The Chinese company Lenovo presents its gadget as an ‘immersive gaming laptop’, and the complete multimedia experience granted by the hi-def display, surround sound, and subwoofer is also an important part of what the laptop is capable of. Lenovo also adds:

“When the competition heats up, don’t worry, because the Y700 has thermal cooling for serious gaming.”

An SSD is always better and grants faster speeds than an HDD, and this Dell model can prove it. 8GB of RAM is not extraordinary, but it’s still a decent choice for a laptop released four years ago. We have to admit that you won’t get the chance of storing too many big games on the Dell 15.6 laptop, but buying the machine was still a good deal in 2016.

ASUS laptops dedicated for gaming are well-known as amazing machines, and we can’t rule out the ROG GL752VW model. 16GB of DDR4 RAM was pretty high for 2016, granting some impressive performance for gaming and other tasks. The 1TB hard drive was also a trustful friend for those willing to store plenty of games, and the laptop could be a good deal even in 2020 if your expectations are not too high. The price revolves around the amount of $1,500.

It’s pretty difficult to say for sure which laptop is the best, as that conclusion ultimately belongs to each person interested in such devices. It depends on each person’s taste, needs, and of course: the budget. We love all the laptops presented here, and we believe that they all can do a good job in the gaming field (at least!) for titles released until 2016. Also, feel free to check out our list of honorable mentions:

Have fun and feel free to leave your thoughts in a comment below!